More than 27,000 hunters applied for tags for the state’s first wolf hunt since 2014 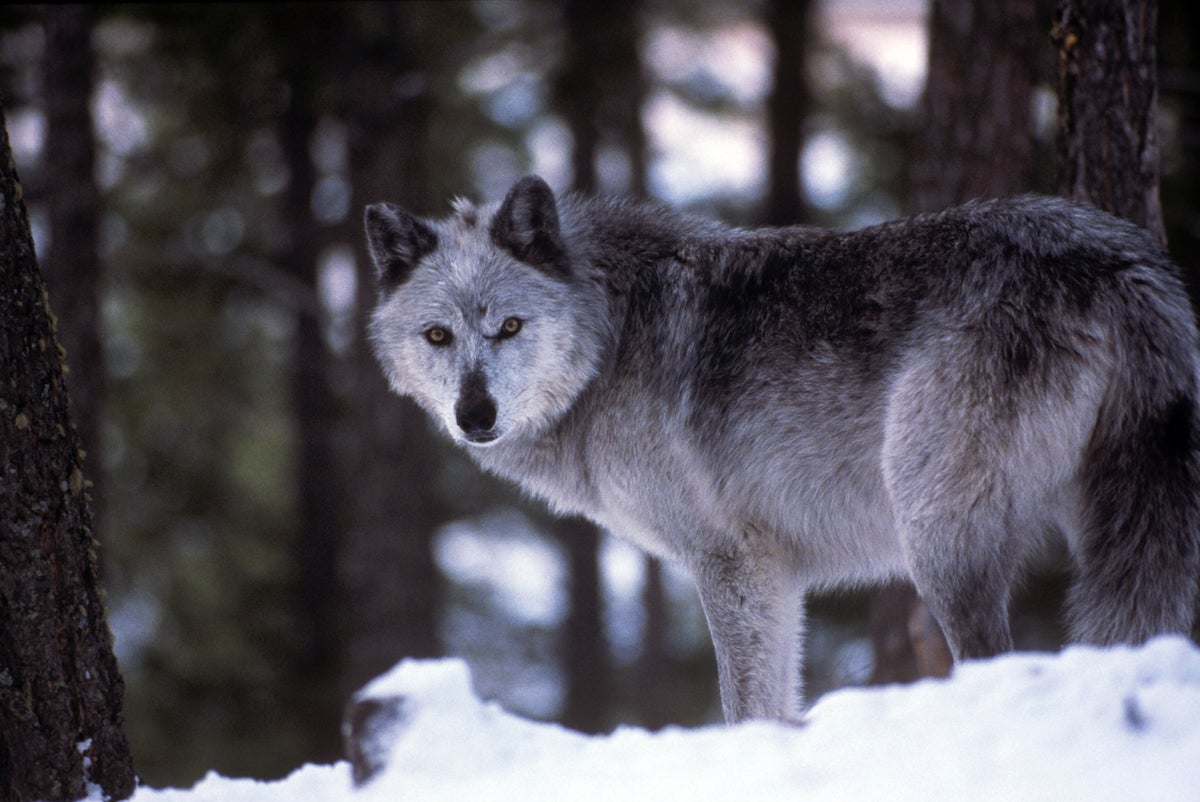 Wolf hunters in Wisconsin exceeded the state’s harvest quota just three days into their first wolf hunt since 2014. The hunt was supposed to last a week, but it was called early because of the fast and furious harvest. The Wisconsin Department of Natural Resources said non-native hunters had checked in 182 wolves as of 3 p.m. Wednesday when the state closed the season. The quota for non-native hunters was 119 wolves; native Ojibwe Tribes were also allocated 81 tags, in accordance with treaty rights ceded to the United States in the 1800s. The total number of harvested wolves stood at 216 (in non-native zones) as of noon on Thursday, according to the Associated Press.

Gray wolves were removed from Endangered Species Act protections in January, and the Wisconsin DNR estimated in April 2020 that the state had about 1,195 wolves. Its management goal is 350 wolves on non-tribal reservation land. Proponents of the hunt and state management say the high population of wolves — more than triple the management goal — is a clear sign of recovery, and they also point to declines in game animals due to wolf predation.

Despite the healthy wolf population in the state, the harvest goal of 200 wolves is not supposed to be met if the tribal hunters do not meet their harvest quota. There are no requirements to fill a tag. Native hunters have expressed disdain for the late-winter hunt, citing it as “especially wasteful and disrespectful,” the Great Lakes Indian Fish and Wildlife Commission said in a statement to the Wisconsin State Journal.

DNR spokeswoman Sarah Hoye told the State Journal that the quota was set with a goal of keeping the population stable.

“The wolf population in Wisconsin is healthy, capable of sustaining harvest, and remains well connected to neighboring wolf populations in Michigan and Minnesota,” she said.

Tribal officials said the hunting and trapping season was rushed. A Kansas-based hunting group sued the Wisconsin DNR for failing to follow state law—Wisconsin state law mandates that the DNR hold a wolf hunt between November and February if there are no federal protections on wolves. As with many twists and turns in the Great Lakes wolf saga, the decision ended in court with a judge ruling in favor of the hunt.

More than 27,000 people applied for licenses, and 1,486 tags were issued, including 21 to non-resident hunters.

Predictably, animal rights activists weighed in, with Wayne Pacelle, president of Animal Wellness Action, calling the hunt “cruel and unjustifiable.” Pacelle is a long-time opponent of wolf hunting and formerly lead the Humane Society of the United States until his resignation in February 2018 (he was accused by former HSUS employees of sexual assault and harassment).

Pacelle dipped into his well-worn playbook of frightening prose to describe the hunt: “Is there anything as diabolical as unleashing thousands of trophy hunters and commercial trappers to kill endangered wolves during their breeding season, armed with night-vision equipment, lights, packs of dogs, and steel-jawed leghold traps?”

The decision to remove wolves from federal endangered species protections is being challenged in court. And while other Great Lakes states like Minnesota and Michigan mull over potential wolf hunts during fall 2021, the Biden administration has ordered a review of the USFWS’ decision to delist gray wolves.