Quit Expecting Every Hunter to Be So Hardcore. We Need Casual Hunters, Too

Let’s stop being so exclusive. The hunting community should welcome the barely committed 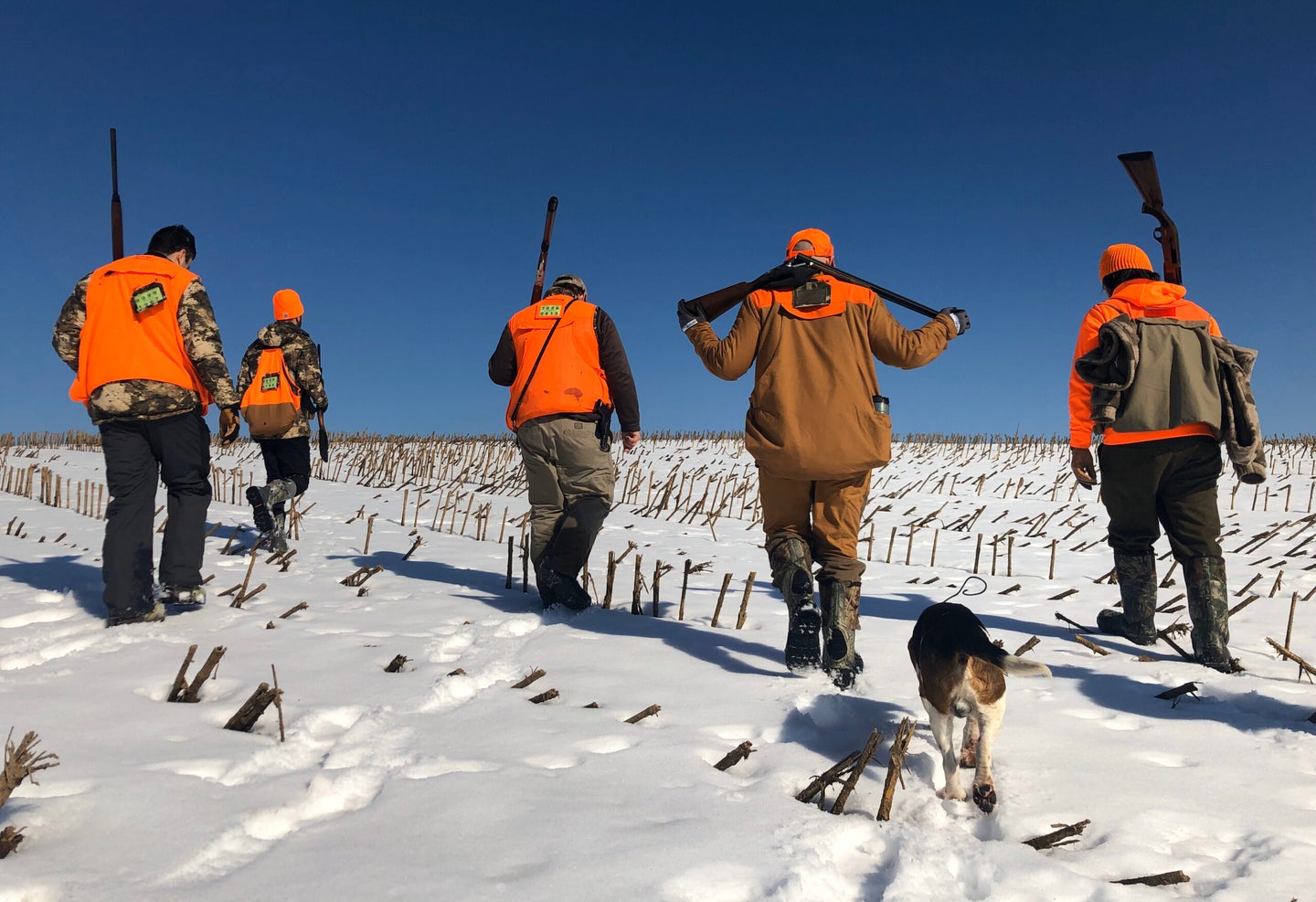 Even the most casual hunter is still providing license dollars and diplomacy for hunters. Natalie Krebs
SHARE

Spend a little time on Instagram, hunting forums, or paging through magazines, and you might think the only way to hunt is to trek over barren peaks while wearing matching GORE-TEX camo or make perfect shots with your engraved over/under in the dappled autumn sunlight.

Dip into comment sections and read the insults shot back and forth. Any hunter with less than a decade experience doesn’t know what they’re talking about. If someone goes once or twice a year, they’re only pretending. Put in your time. Struggle. And you’d better get an animal.

When did hunting become such an exclusive community? At what point did we decide that someone has to shoot a trophy bull or bag a good buck to be part of the club?

Congrats to you if you have taken a stud bull elk with a bow on a stretch of Western public lands. And that’s cool if you duck hunt every weekend during the season, and on your vacation days, and you scout most nights after work. The hunting community needs you. We need enthusiasts to show up at wildlife management agency meetings and to advocate for keeping public lands open and fighting wildlife diseases.

But do you know what else hunting needs? Casual hunters. A lot of them. More than we have now.

I was discussing this with a buddy of mine, Matt Miller, who made a good point:

“Any activity, or really anything, needs a strong base level of people who are just general enthusiasts, and from that filters up the more hardcore people. I can’t think of an activity that has widespread participation that that isn’t true. In my case, my grandfathers were avid hunters, but my father went a few times a year. Without [him], I wouldn’t have been introduced.”

Miller took those experiences of deer hunting with his dad (a man who rarely filled a tag) and developed them into a passion for fish and wildlife. He’s hunted around the globe, written a book called “Fishing Through the Apocalypse,” and dedicated his life to conservation.

But casual hunters do more than just create the next generation of hunters. They buy licenses and guns and ammo that feed the excise taxes agencies use to manage wildlife. And they buy those licenses often knowing they won’t likely kill an animal. Maybe they don’t have the skills or the time or both, but they have the interest.

Miller remembers headlines celebrating first-time accomplishments of longtime hunters, including when someone’s grandpa finally tagged a deer during his 50th season. That guy was never really in it for the deer. He showed up to camp year after year for the camaraderie, the annual walk through the woods, and the stories around the campfire at night. Shooting an animal was a bonus, but his dollars paid for conservation just the same as everyone else’s.

Not only should diehard hunters appreciate this ideological and financial support of the game they’ll almost certainly tag themselves, but we should also recognize casual hunters don’t represent the threat of competition or hunting pressure that folks like to gripe about.

If what we want as hunters is for more people to join our ranks (and we should, even if the hunter numbers are unclear) to elevate our collective voice for the good of the land and wildlife we cherish, we need to do a better job accepting—and welcoming—those people who only hunt on occasion.

It shouldn’t cost thousands of dollars to hunt. We don’t all need to go bighorn sheep hunting in the Wyoming wilderness or sea duck hunting on the Alaskan coast to be considered hunters. We don’t need social media pages full of trophy pics of the animals we harvested. Someone who took hunter safety all those years ago should still be able to donate to a conservation group or two, borrow a friend’s shotgun, buy a license and a $12 orange vest, and head afield when they have the time.