Some of the animals were euthanized due to their injuries, West Yellowstone Police said 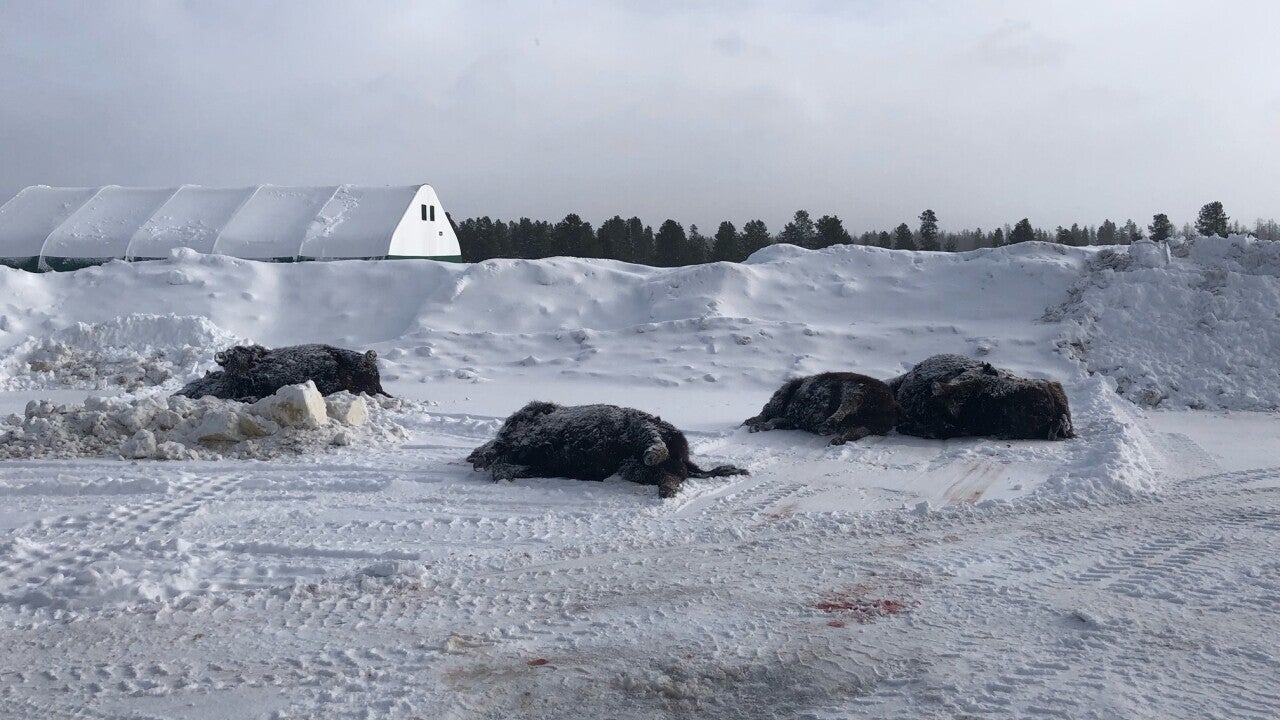 The collision could have been avoided if a wildlife bridge existed in the area, one group says. KRTV Viewer
SHARE

An eighteen-wheeler struck and killed over a dozen bison from Yellowstone National Park on the evening of Dec. 28 while traveling on Highway 191, the West Yellowstone Police Department said in a press release on their Facebook page. Wildlife biologists explained that bison use highways and snowmobile paths during the winter months when snow coats the region and complicates travel.

Two additional vehicle collisions occurred after the semi-truck crashed, and officials originally thought these collisions were responsible for some of the deaths. They later confirmed that all 13 bison were either killed upon impact with the semi-truck or euthanized shortly thereafter.

“We deal with wildlife being struck and killed on the roadways in our area on a regular basis due to the abundance of wildlife in our area and our close proximity to Yellowstone National Park,” the press release reads. “We are always saddened by any of these incidents, particularly when so many animals are lost. We would like to take this opportunity to remind all drivers to slow down and drive appropriate to the road and weather conditions.”

The police department did not confirm whether speed was a factor in the accident. A Montana Highway Patrol investigation is ongoing.

“If [the bison] want to get from point A to point B, they recognize that the road is the most efficient,” Montana Department of Livestock veterinarian Marty Zaluski told the Cowboy State Daily. “With the recent snowfall, they haven’t got well established trails they’ve gotten beat in quite yet.”

The accident comes amidst cries for the state to lower the speed limit in the area as wildlife collisions continue to surge. The Buffalo Field Campaign, a non-profit organization that advocates for increased protections for bison herds, points out in a press release that 19 bison, four moose, and a grizzly have all been killed by vehicles on roads near West Yellowstone this season. But past research shows lowering speed limits doesn’t effectively lower collisions, since people simply don’t listen. That’s why BFC is also calling for a wildlife bridge to be installed in the area.

“The only sure way to significantly reduce these accidents is to build over- or underpasses that allow animals to cross roads without touching the pavement,” The Nature Conservancy scientist Corinna Riginos told the Powell Tribune. “Changing human behavior is challenging.”