New research finds that a more diverse group of young Americans are ready to hunt, if we’re ready to recruit them 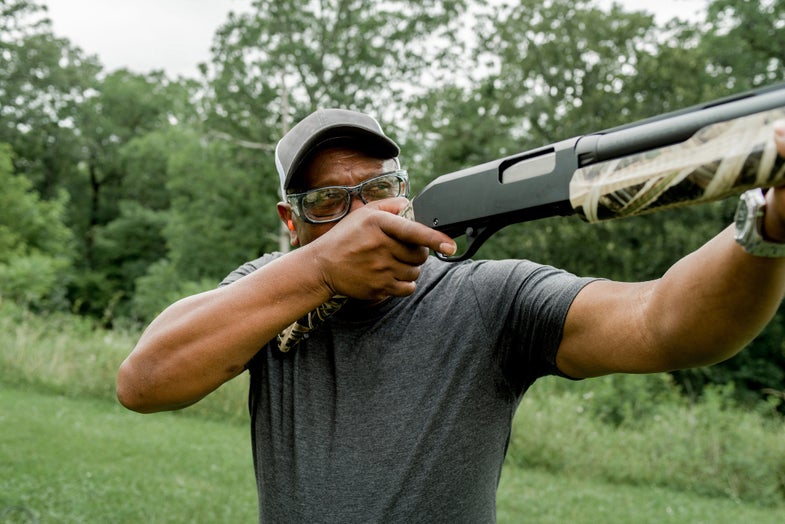 Hunting could become more diverse in the years to come. NSSF
SHARE

It’s well known by now that we suck at hunter recruitment, even with an entire wildlife management model at stake. A new survey of hunting perspectives among college students offers a hopeful glimpse into hunting’s future, provided we can do a better job inspiring a diverse population of would-be hunters.

Researchers surveyed 17,203 students at public universities in 22 states, grouping them into categories of active, potential, lapsed, or non-hunters. They found about who you’d expect in the sample of active hunters: 74 percent were men, 84 percent were white, and most came from rural hometowns. Students who had never hunted, yet might be willing to, more closely reflected America’s general population. Nearly half were women, 38 percent were people of color, and 43 percent came from urban areas.

The study, published in The Journal of Wildlife Management, provides the kind of information state agencies and other groups need to start targeting audiences they’ve been missing, and spotlights colleges as promising places for cultivating the next generation of hunters and conservationists. It also negates some assumptions about who wants to hunt.

In the case of what’s keeping people of color away, “it’s not a lack of interest, it’s not a lack of aptitude, it’s not a lack of heritage or ancestral tradition, because none of us would be here today as Homo sapiens if our ancestors didn’t hunt at some point,” says Lydia Parker, executive director and co-founder of Hunters of Color, a nonprofit that aims to create a more equitable and diverse hunting community.

Rather, a host of interrelated factors—largely linked to historical disenfranchisement—suppresses hunting participation by people of color who might otherwise participate.

“I think the stereotype that hunting is a white activity is a barrier in and of itself,” says Parker.

Read Next: In the Future: There Will Always Be Public Hunting Land in America

Despite the growing number of recruitment, retention, and reactivation (R3) programs nationwide, there is little data on who hunting-curious adults are, the unique barriers different segments of that population may face, and what will turn them into hunters.

“The biggest gap we’re trying to fill is that a lot of R3 studies in the past have looked at the current population of hunters,” says Victoria Vayer, the study’s lead author, and a former graduate student researcher at North Carolina State University. “That’s not necessarily helping us recruit new hunters.”

Even students who aren’t ultimately recruited as hunters could be influenced by recruitment efforts. Many non-hunting students reported support of hunting as a way to manage ecosystems or fill the freezer with meat. And all students showed strong support for conservation values.

“I think we can leverage this common ground,” says Vayer. “Just in terms of the conservation landscape, that is really promising even if we’re taking R3 out of the picture for a moment.”

Unsurprisingly, family support for hunting was the biggest predictor of whether someone had hunted in the past. “If you don’t have someone in your family to teach you those things, it’s hard,” says Parker. “It creates more barriers, and you see how the cycle of racial disparity can continue in hunting demographics.”

Though 74 percent of aspiring student hunters lacked that family support, that fact does point a way forward for how to encourage them. Social networks that replicate family ties, like the community-based mentoring program that Hunters of Color is building, may be a promising avenue for drawing in would-be hunters over the long haul, and hopefully bolstering hunter numbers and inclusive hunting culture in the years to come.