Mountain bikes with electric motors give hunters and anglers more options to access public land, but they could also create more pressure on game and habitat 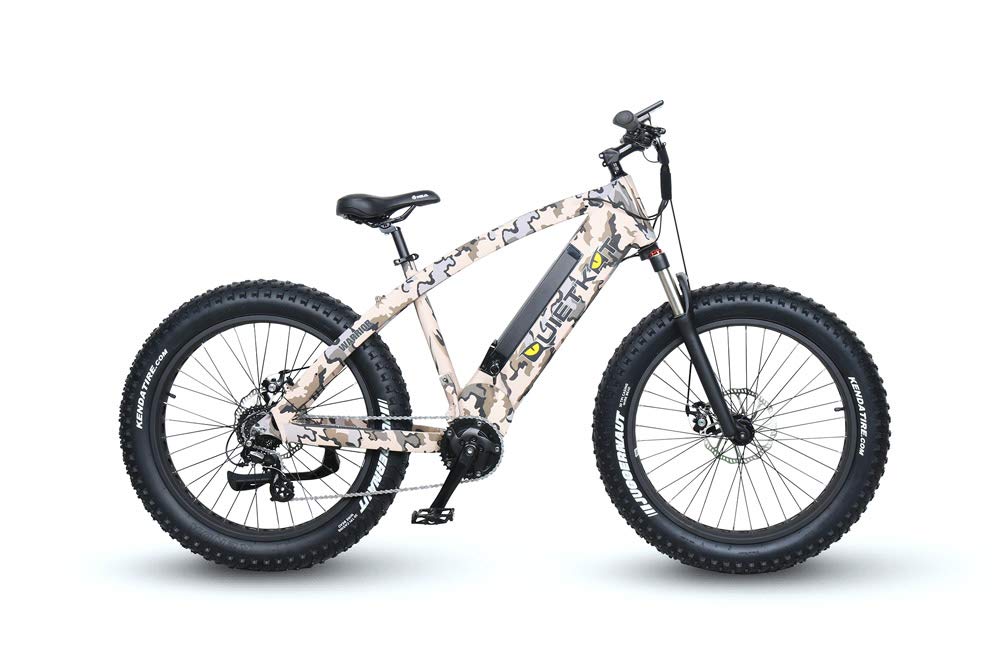 Hunters and anglers need access. If we cannot step into a trout stream or set foot in habitat, our sports will not survive.

So that’s what makes the emerging technology of e-bikes (essentially souped-up mountain bikes with electric motors) so tantalizing. They are wonderful tools that can get you where you want to go – and maybe even give you an edge on the other guy trying to get there.

So what’s the fuss? The Department of Interior just opened up more trails to e-bikes. This has led some hunters and anglers to ask, is this too much of a good thing?

Access is a double-edged sword. Too much access and even the best habitat will soon lose its effectiveness for hosting fish and game. After all, one thing all wildlife requires from its habitat is security from predators. And today, those predators include people.

My local bike shop says, depending on the style of e-bike, how you ride it and the kind of terrain you want to cover, you can expect to increase your range 2-3x on an e-bike compared to a traditional pedal mountain bike. No wonder hunters are drawn to them and companies like Rad Power Bikes and QuietKat are marketing to hunters.

Fans of e-bikes got a boost earlier this fall when Secretary of the Interior issued an order opening more public lands to e-bikes. Basically e-bikes will be allowed on trails and routes where standard bikes are allowed.

DOI Secretary David Bernhardt said his motivation was to increase opportunities for outdoor recreation, particularly for those not hale and hardy enough to pedal traditional mountain bikes. Fair enough. I have older friends who love the freedom their new e-bikes offer.

Let’s recap. On private land, it’s up to the land owners to regulate access on their property. The DOI order applies to public lands managed by the Bureau of Land Management (with about 250 million acres) and, National Parks (with about 85 million acres). It does NOT apply to national forests, which are managed by the US Forest Service under the Department of Agriculture.

Public land managers want to allow access, but are legally obliged to balance competing demands on the land from recreationists, livestock, timber, mining and oil and gas industries. This tricky balance is called “multiple use.”

Generally speaking, public lands trails and roads are designated either motorized or non-motorized. The exception is Wilderness Areas, which are in general, legally accessed by non-mechanized means such as foot, stock, and paddle-boats like rafts and canoes. Currently, even mountain bikes are not allowed in Wilderness Areas.

The new rule basically says that electronic bikes are not to be considered motor bikes, even though they have motors. They are to be treated like standard pedal bikes (again only on DOI-managed lands.) This is a significant change, as previously land managers lumped battery-powered bikes with gasoline-powered machines (think dirt bikes).

Critics of Bernhardt’s decision make several points. One, it potentially opens up more conflicts between non-motorized and motorized users. Second, it could lead to more crowding of backcountry hunting and fishing spots, which often leads to more regulations, restrictions and reduced quality. This is particularly true with species that are hard-wired to be sensitive to disturbance, such as elk and native trout. Third, the top-down, DC-based direction reduces management authority of district rangers, refuge managers and park superintendents who better understand the challenges on the ground. For example, many park trails are crowded enough without added traffic of e-bikes.

This may seem like a kerfuffle over a tiny engine on a simple bicycle. But conservation means looking to the future and we can predict with some certainty that e-bikes are not going to remain as they are forever. In fact, some high-powered e-bikes already look a lot like standard dirt bikes.

What comes next? The DOI is working to translate the Secretary’s order into real-on-the-ground policies and procedures.

For hunters and anglers, technology is a double-edged sword. There is a tipping point between adequate access and too much. The emerging technology and popularity of e-bikes is shaking up that balance.