This week, Zane Zaubi logged another cold December morning in a treestand at a river bottom property he manages near... 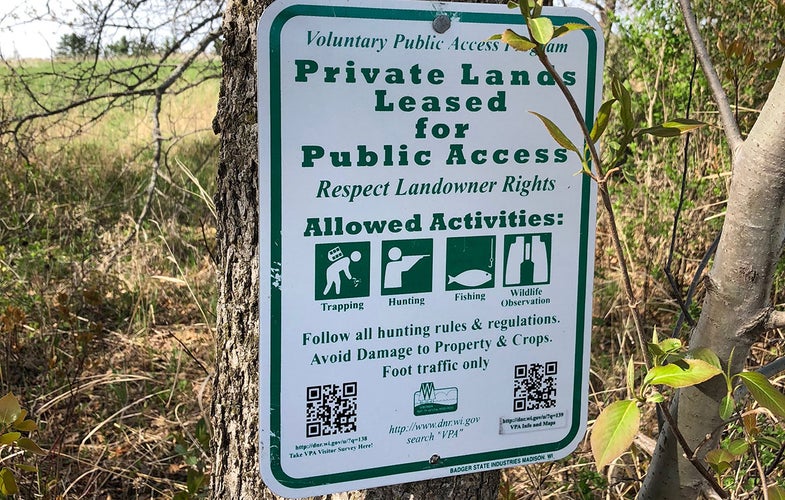 This week, Zane Zaubi logged another cold December morning in a treestand at a river bottom property he manages near Springfield, Ill., waiting for a hungry buck to sneak into a carefully prepared food plot.

But Zaubi is waiting for more than just a shot at a post-rut buck. He’s also waiting on Congress, which has stalled out on the Farm Bill. Zaubi manages land for his company, Horizon Land Development. He strives to take marginal farm land and restore it, particularly near rivers and wetlands, preventing soil erosion, protecting water quality, and providing hunting and fishing opportunities.

The Farm Bill is critical to all that, he said. And it is high-centered on America’s divisive politics and DC gridlock.

“People think, ‘I’m not a farmer, what does the Farm Bill have to do with me?’ But it really has a lot to do with all of us, whether we are farmers, land managers, conservationists or hunters. For everyone’s sake, it’s important to have a policy in place.”

Agriculture and forestry go hand-in-glove with hunting and fishing. The land we use to grow food and fiber also hosts popular game animals, such as pheasants and whitetail deer. That’s particularly true in a state like Illinois, where 97 percent of the land is privately owned.

The Farm Bill is the sweeping law that implements America’s food and agriculture policies. Each Farm Bill runs 5 years, with the current bill having expired on Sept. 30.

“Right now there is a high level of uncertainty,” he said. “Not knowing what the future may hold makes it difficult for land managers to make even daily decisions.”

When it comes to rural private lands, the Farm Bill provides the largest piece of federal funding for conservation. Policies that allow or provide incentives for farmers, ranchers and timberland owners to incorporate fish and wildlife into their land management strategies make an enormous difference in wildlife habitat and clean water, and thus in your daily bag or annual hunt. They also help round out the economies of hundreds of rural, ag-dependent communities nationwide. And as, the Farm Bill has stalled these last few months, landowners like Zaubi have had to stall their habitat plans.

“Because of the state of the Farm Bill, Conservation Reserve Program (CRP) enrollments are not available and cost sharing has been frozen out,” Zaubi says. “This directly affects me as a landowner because in some instances, we have expiring contracts. If no program is made available, we will have to return to the previous farming practices, and that will require extensive [work] to convert the previously established CRP grasses or trees back to productive tracts.”

And, it’s not just about CRP. Programs like the Habitat Improvement Program and the Voluntary Public Access provide key federal matching dollars to state-run efforts. They provide landowners with incentives to make improvements such as restoring wetlands and fighting invasive weeds, such as the pestilential bush honeysuckle in Illinois. The VPA program helps fund Illinois Department of Natural Resources programs that match willing landowners to hunters and anglers looking for a quiet place to go hunting. In Illinois, these are targeted toward young and beginning hunters and provide thousands of acres of quality hunting access.

Tammy Miller is recreation access manager for Illinois DNR. She says that the Farm Bill’s Voluntary Access and Habitat Improvement Program have opened up thousands of acres for Illinois families. She notes that people will drive three or four hours to hunt some of these parcels, which offer whitetail, turkey, small game and waterfowl. The agency partners with landowners, as well as organizations like the National Wild Turkey Federation and Pheasants Forever.

“Without the Farm Bill, these programs simply would not exist,” Miller said. Still demand for access still outweighs supply. “It’s been wonderful. I get letters and turkey feathers from kids who were so excited to get out on their first hunts.”

Congress is expected to vote on a Farm Bill extension as early as next week, but until they are able to get it passed, the long-term future of many habitat and access programs will continue waiting in limbo.