How to Build a Tournament-Ready Fishing Kayak 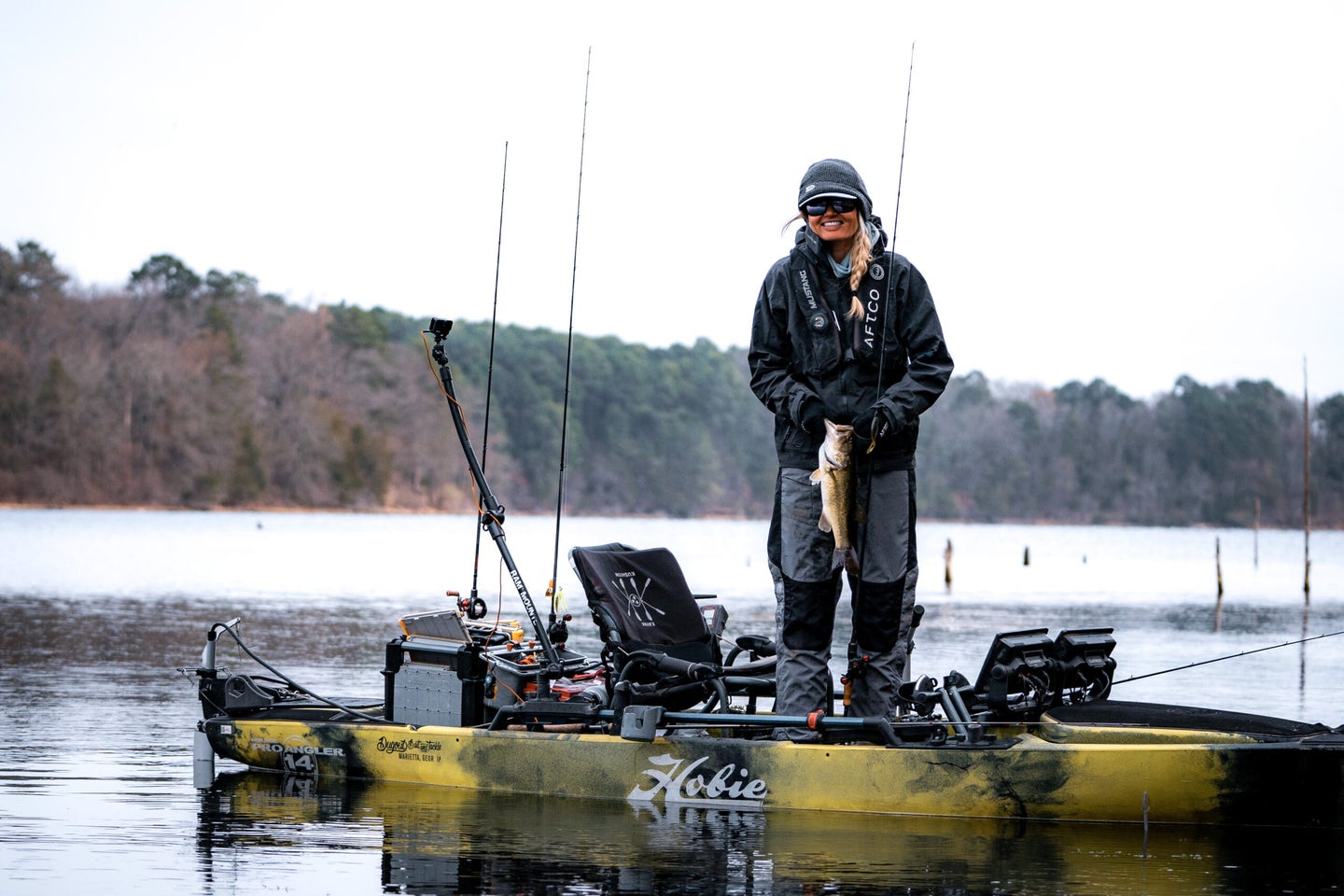 Competitive kayak fishing is exploding in popularity, mainly because it’s far more accessible to anglers than the Bassmaster series or Major League Fishing. Many of our tournaments are open to anyone with a kayak and enough money to enter. But rigging your kayak for these tournaments takes some thought. If you want to get an edge on the field, there are a few upgrades and a checklist of add-ons you’ll need to make in order to succeed in your next tournament.

Forward-facing sonar has changed the way a lot of anglers fish on the professional bass tours, and kayak anglers have followed suit.  Many might raise their eyes at putting Livescope on a kayak, but it’s more common than you think. Anglers who have it dialed are already cashing checks because of it.

The mounting options become a little tricky if you don’t have a bow-mounted trolling motor on the kayak, but plenty of handy individuals have implemented unique DIY mounts or have found other mounting options online. I built my own mount, detailed in the YouTube video above, which is a complete overview of the kayak I am running for the 2022 season.

If forward facing sonar isn’t in your budget or it doesn’t suit your fishing style, there are plenty of successful anglers getting away with simpler units. I recommend buying a graph that has side scan sonar and decent mapping. Since you can’t cover water as quickly as boats can, side scan allows you to break down water more efficiently, giving you the power to see over 100 feet to either side of your kayak. Having adequate mapping with accurate, detailed contours also comes in handy.

Two out of the three national kayak trails allow motors now (the other allows motors in practice only). Though this topic is slightly controversial among purists, motors allow you to cover water quickly and eliminate unproductive water in practice and on tournament day.

There are a few options available for kayak anglers, and you need to consider your style of fishing when choosing a motor. Anglers who do a lot of offshore fishing or like to fish in current will want to consider buying a trolling motor with spot lock, which virtually locks your kayak in position like an anchor would at the push of a button or foot pedal. It comes in handy when bed fishing or fishing rough water, too.

I fish from a Hobie 360, and went with the Torqeedo 1103, a small electric stern-mounted motor. The Torqeedo is ideal for anglers who like to cover a lot of water quickly. This style of motor is considerably faster and more powerful than the average trolling motor, so if you’re looking to put on miles, it is a good choice.

Read Next: Best Fishing Kayaks of 2022

There are a few more add-ons that you will need to make a kayak tournament ready.

Lastly, be sure to buy and have your kayak outfitted by a reputable dealer. You’re spending thousands of dollars, and there is nothing more frustrating than getting on the water with a kayak that isn’t rigged right after you have dropped all that hard-earned money.