How to Gig for Fish, Plus a DIY Gigging Stick in 3 Steps

Grab a torch and a sharp stick, and go forth into the night 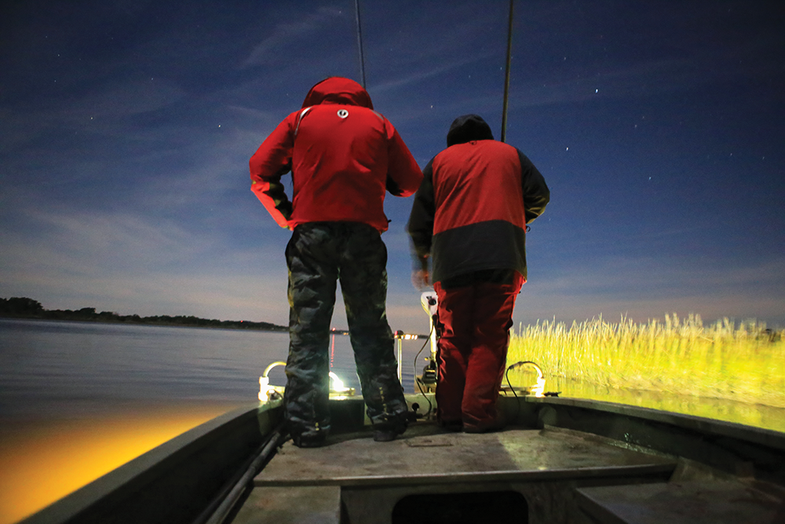 As the old aluminum boat slid through the shallows of a marshy lagoon near North Topsail Beach, N.C., Capt. Alan Jernigan didn’t see the fish at first. Sure, it was black dark, but it still seemed odd to see a flounder that was almost as big around as the generator on the floor of his boat that was pumping power to the underwater lights. The eyes gave it away. When Jernigan saw those bulging peepers, he backed up on the beast and thrust downward with his gig. The water erupted. He’d never seen a flounder this big or had anything this powerful on the end of his trident. He was so nervous about losing the fish, he jumped into the water and held it pinned to the bottom for 10 minutes before bear-hugging it into the boat. This flounder, his biggest ever, weighed 16 pounds and measured 32 inches long.

“I’ve been gigging flounder since I was about 5 years old,” says the 36-year-old full-time guide. “One of my earliest memories was of stabbing flounder on Christmas Eve with my mom and grandfather. Man, I remember almost freezing to death. But we took home 89 fish,” he says. A merry Christmas, indeed.

There is something Paleolithic about going after fish with a sharp stick.

“Here’s the deal—you are hunting fish. Humans have been harvesting fish like this since we figured out how to sharpen a branch. You are typically the only boat on the water, and sea life is lit up beneath your feet. It’s one of my favorite things to do. And anyone can be successful with a little gear and a little knowledge.” 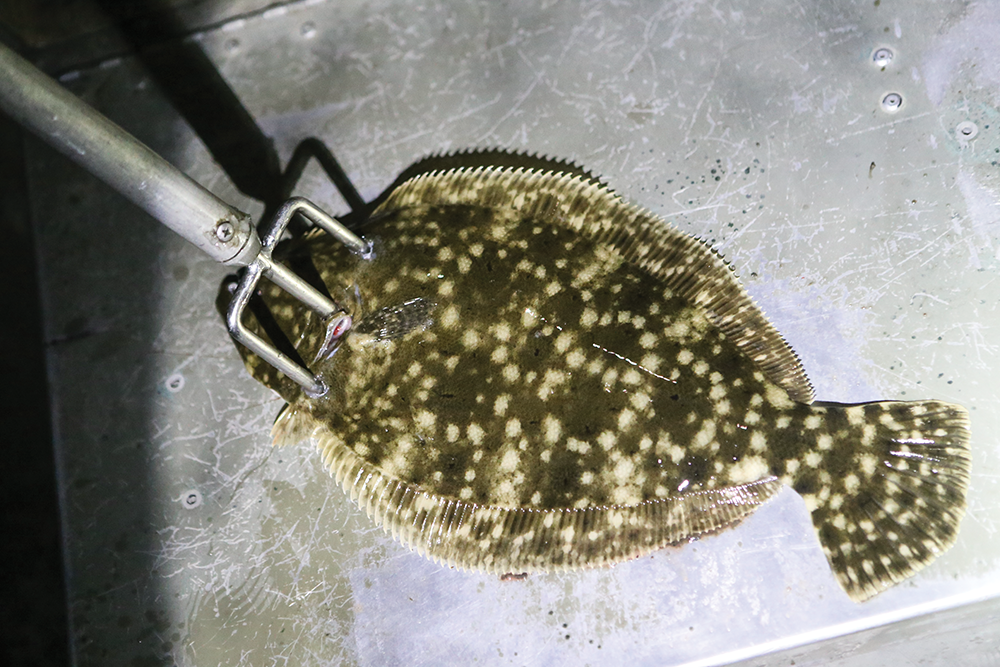 To lessen the chances of losing fish, aim directly behind the flounder’s head.

The gear part is pretty simple. Jernigan uses 10-foot aluminum poles “because they are light and won’t wear you out if you’re gigging all night.” He prefers a Sea Striker three-prong gig. “I have found that if you go with more prongs, the energy is displaced too much and you don’t get the penetration you need for big fish.” As for lights, the North Carolina guide uses four on the front deck of his 17-foot johnboat. “A lot of guys think it’s about getting the brightest lights you can find. However, the type of bulb matters more. For the water color here [slightly stained], a daylight bulb—the kind that helps plants grow—equivalent to about 500 watts works best.”

Jernigan powers his four lights and his trolling motor with a small generator that is constantly charging batteries while he’s on the hunt.

As for where to start, that’s easy, too. “Look for shallow water next to deep water. This can be a 6-inch-deep mud flat adjacent to a 7-foot channel, or it can be a 2-foot edge next to a 35-foot hole. At night, flounder will move up an edge to feed, and that’s when they become vulnerable.”

Find these shallow areas and put your trolling motor on high. Look for the outline of a fish and then focus on its eyes. To hit your target, slide the gig into the water above the fish to adjust for refraction, and then aim behind the eyes. “You want to penetrate the bony gill plate. If you hit farther back, it will flop off before you have a chance to swing it into the boat.” And once you find one fish, you usually find a lot more. “I’ve had trips where three anglers have limited out in less than an hour.”

This is a year-round activity. Spring through fall is best, but you can still find plenty of fish in the winter in exactly the same place.

“I bet I average 15 fish a night throughout the year,” Jernigan says. “The average is usually in the 3-pound range. But there are bigger ones out there—look for the bulging eyes.” 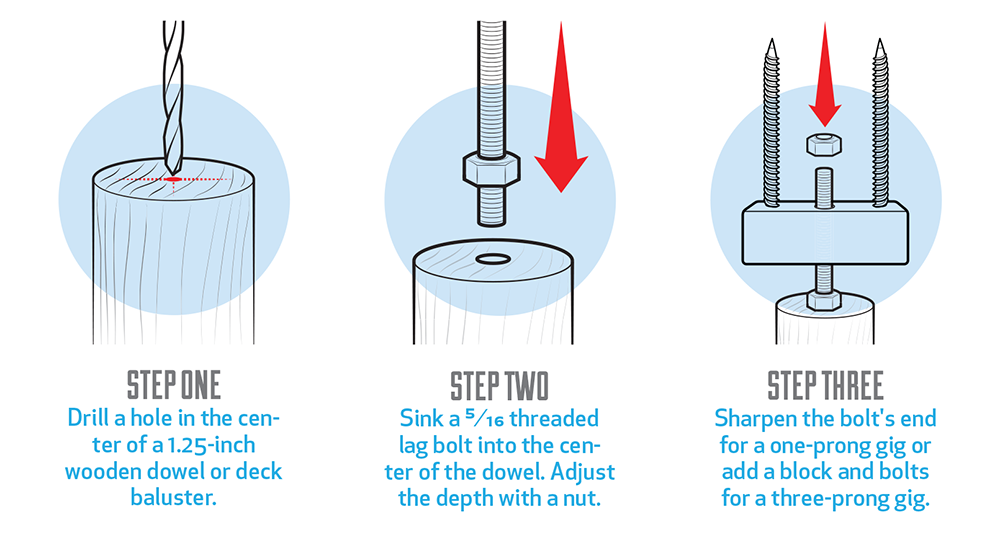