Louisiana's coastline is rebounding from four catastrophic hurricanes, but it’s going to take time for the recreational fisheries—and those who make their livings from it—to recover 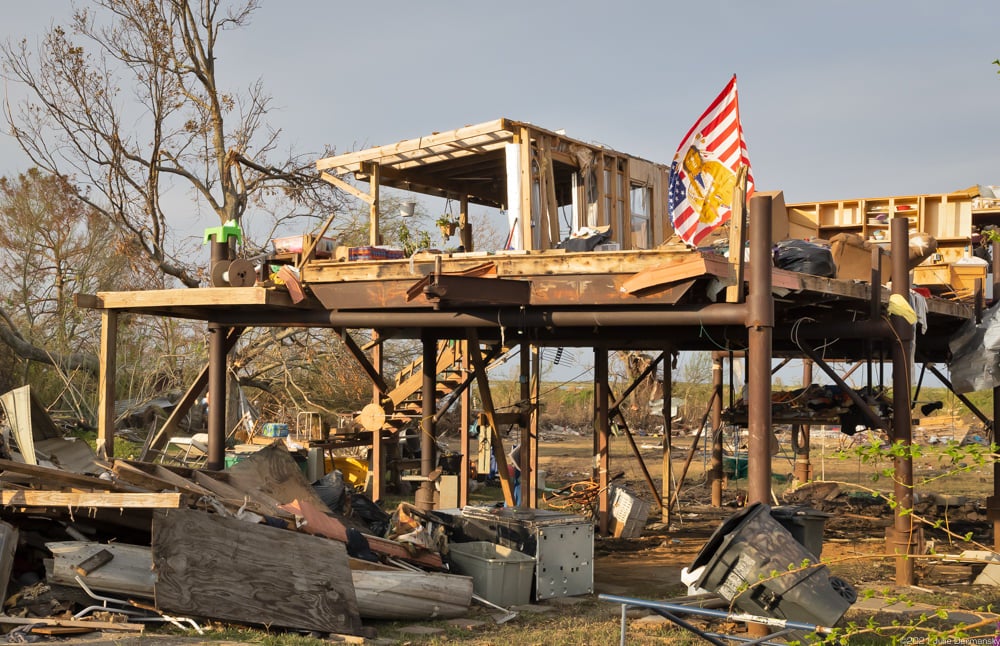 In the past two years, four hurricanes in Louisiana have caused an estimated $579 million in damages to the state’s coastal fisheries, according to findings published this month. The study, which was conducted by the Louisiana Department of Fisheries and Wildlife and the Louisiana State University Agricultural Center, found that Hurricanes Laura, Delta, and Zeta were costly by causing 30 percent of that damage in 2020, but that Hurricane Ida in 2021 caused the remaining 70 percent of damage.

The total $580 million figure includes lost revenue, infrastructure costs, and the natural resource itself. The revenue lost for the 22 coastal parishes totaled $155 million overall, with $48 million lost in 2020, $66 million in 2021, and a hangover of $40 million lost into 2022.

Mike Frenette, a long-time Louisiana fishing guide who owns and operates the Redfish Lodge of Louisiana in Venice, has felt these losses first-hand. His lodge sustained significant damage, and says the storms put a halt to much of the local fishing. But he says other fishing regions west of Venice—Grand Isle, Port Fourchon, Cocodrie—were more devastated, where fishing is even slower to recover.

“It was bad in Venice, but … they suffered a direct hit from Ida, a category-four hurricane,” he says. “Ida leveled a lot of businesses, homes, marinas, and it killed people. It was awful.”

While homes and businesses destroyed by recent hurricanes were deadly and costly, Frenette is now most concerned about what the high winds and massive tidal surges did to Louisiana’s coastline lands and marshes.

“All of these coastal areas are vitally important to the region’s fishing and the state economy,” he says. “The marshes and inshore waters are the incubators for finfish and shellfish. The long-term residual damage to these unique nursery areas is impossible to calculate.”

Frenette believes that the coastal area fisheries habitat loss will adversely impact Louisiana’s fishing future for three to five (or more) seasons. Vanishing coastal marshes have been a huge issue in recent years, and some areas where shoreline marsh bordered open inshore waters has receded miles from its original location. That means vast, important marsh, inshore pools, and bayous have disappeared as flooding, high winds, and towering tidal surges have left their marks.

Infrastructure is being rebuilt in Venice and other regions along the coast, but securing the materials and contractors to rebuild remote coastal fishing areas can be difficult, particularly in a nation that’s already grappling with supply chain issues due to the ongoing pandemic.

“Venice Marine and Cypress Cove in Venice are up and running, and have fuel and accommodations,” Frenette explains. “My lodge is still missing a roof, but we’ll be operational by the end of February.”

After Hurricane Ida, NOAA reported that all of Grand Isle’s homes were damaged, and 40 percent of the homes were “nearly-to-completely destroyed.” Farther west, in the popular Lake Calcasieu south of Lake Charles, hurricane damage to infrastructure was bad, but not as catastrophic as to the east.

“Hurricane Laura was a Category 5 storm with 150-mph winds that put us out of business for about seven weeks,” says Buddy Oakes, of well-known Hackberry Rod & Gun Club on the shores of Lake Calcasieu. “We lost about 60 percent of our business, and after duck season, we’ll be closed until March 13 to get all our lodge repairs done in time for fishing season.”

Oakes says that while Hurricane Laura and other storms hit local properties and businesses hard, the region is recovering. The turbulence does have some upsides for recreational anglers.

“We live and work on the Louisiana Coast and we know what that means in dealing with hurricanes, so we push through it,” Oakes says. “But the storm in our area cleaned out the marshes, and the fishing has been outstanding for seatrout and redfish. We’re catching limit numbers of fish, and we look to have a great 2022 fishing season.”