Five Things to Know About the 2017 Pheasants Forever Nesting Forecast

Don’t worry, you’re not the only pheasant hunter who’s looking forward to October. While it’s too early for official predictions... 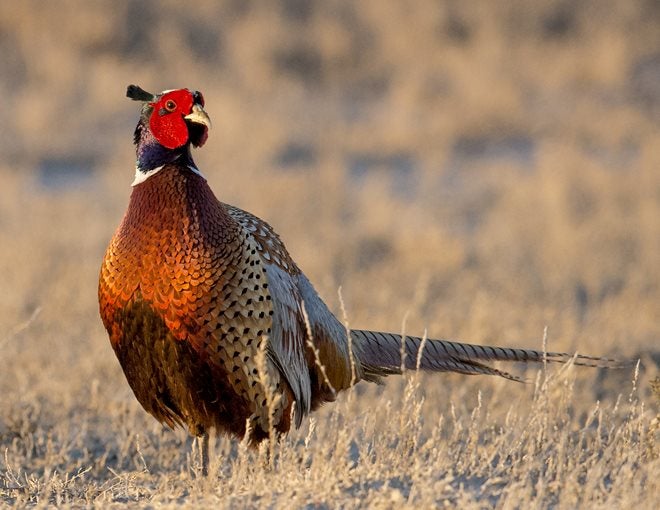 Don’t worry, you’re not the only pheasant hunter who’s looking forward to October. While it’s too early for official predictions for the fall hunt, Pheasants Forever’s Summer Report takes a first-glance look at what’s happening across the ringneck range. Here are the five key takeaways.

South Dakota is still the king of pheasant states. Even though Conservation Reserve Program (CRP) grasslands have wavered here, and drought has impacted habitat in some of the state, South Dakota will likely see well over a million birds shot this fall. Hunter numbers have been down, which means more room for everybody else to roam. Given a good hatch, the groundwork for which has been laid, South Dakota will beat all comers again in pheasant harvest.

Iowa is coming back strong. After consecutive mild winters, the birds are doing really well across Iowa’s pheasant range. An early spring seems to be helping the hatch. Compared to other states, CRP is humming along relatively smoothly here, which bodes well for now. Upland hunters need to hope for— and better yet advocate for—a strong conservation component to the upcoming 2018 farm bill. Barring any kind of late-summer habitat problems, Iowa is going to see a lot of roosters this fall.

Kansas and Nebraska are still underrated. In the heart of the Great Plains these states continue to be pheasant secrets in the sense that they don’t get quite the attention that South Dakota and Iowa get, but there are good pockets of birds. The full report offers all the details, but as always the answer involves habitat, mild winters, and nesting success. Kansas is coming out of a long drought, and bird numbers are working their way back to pre-drought levels. Nebraska’s Open Fields and Waters program is providing good Access to visiting hunters.

Colorado is our choice for pheasant sleeper state of 2017. Once again, mild winters have helped. But programs like SAFE (State Acres For wildlife Enhancement) have offset CRP losses to some extent, and provided excellent habitat for pheasants. Colorado landowners enrolled the cap of 200,000 SAFE acres in just six days this year. That’s going to grow a lot of ringnecks.

Habitat is the key to everything. There’s decent news out of all these states, and more, and there will be good hunting this fall. But the outlook isn’t all rosy. To a person, the biologists from each of the 22 states covered are adamant in their concern for grasslands and pheasant habitat. Mild winters will go only so far in keeping pheasants on the landscape.