18 Facts You Didn’t Know About Mallards

After reading this, you’ll have an even better appreciation for waterfowl hunting’s most cherished duck 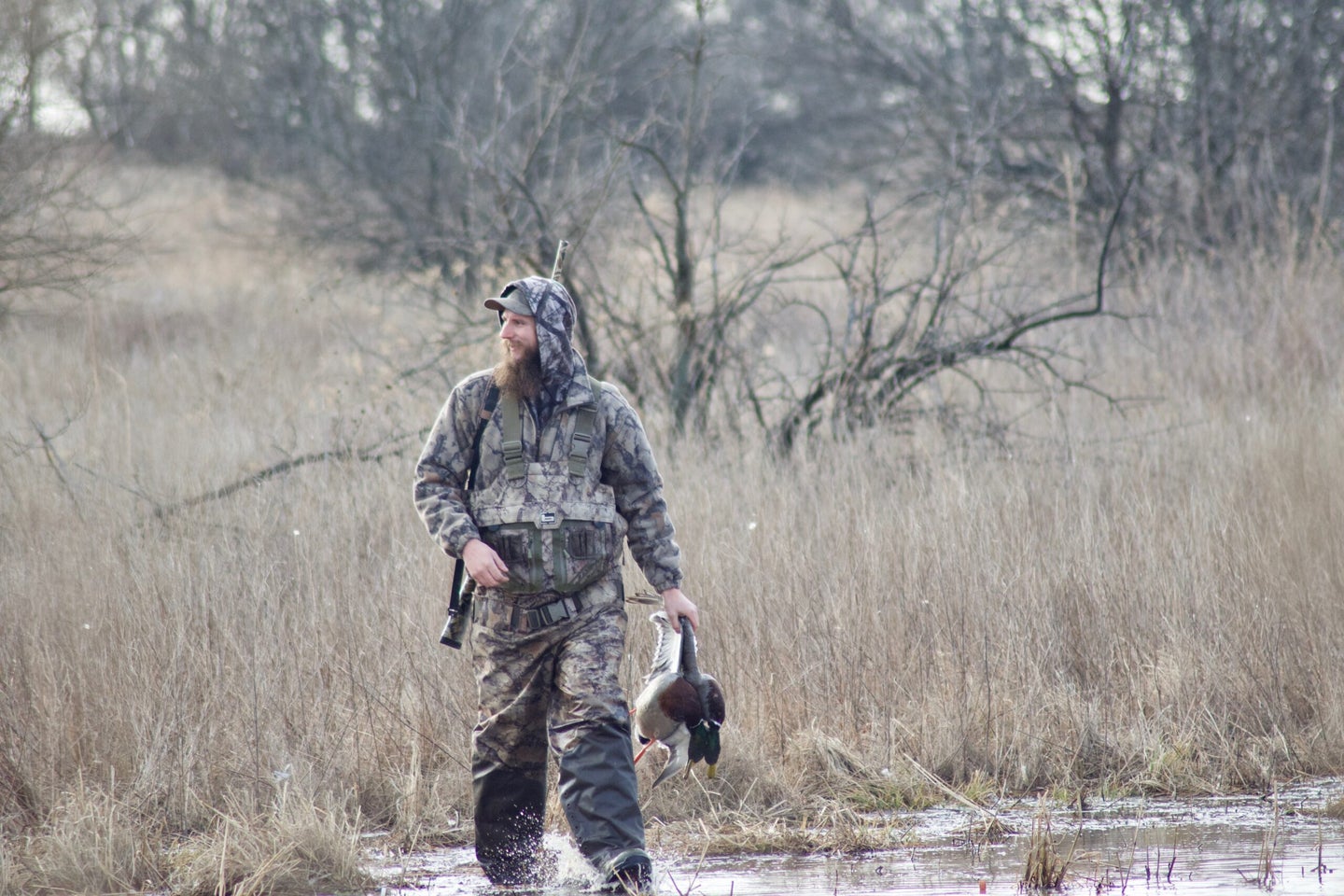 There's only one species of mallard no matter what continent you shoot one on. Joe Genzel
SHARE

Just about every duck hunter loves shooting mallards. We’re obsessed with how they respond to the call, decoy with reckless abandon, hover over the spinners in the early season, and fare at the dinner table. But there’s plenty about the biology of greenheads you don’t know. And to have a full appreciation of the species, you need to. So, I spoke with a few waterfowl biologists to find out more. After talking with some of the foremost authorities on duck biology, I cherish or most beloved bird even more. You will too.

1. Every Mallard is the Same

“Mallards are circumpolar, meaning they occur in the same basic form across the northern hemisphere,” says Dr. Chris Nicolai, chief waterfowl scientist with Delta Waterfowl. That means a mallard in Siberia is essentially the same as one in Saskatchewan, and the one that has adapted to life in Moscow is pretty much the same as the one in Minneapolis. “Mallards are not native to southern hemisphere,” Nicolai points out, “though they have been successfully introduced to New Zealand.”

Evidence suggests that some mallard pairs mate for life. “I see it in the band reports I review,” says Nicolai. “I will sometimes see consecutive numbers on birds collected on the same day, and they are male and female.” He adds: “I once banded a pair of breeding mallards on a wood duck pond we boom-netted. We banded them right with the rest of the wood ducks. Six years later, we netted the same mallard pair.”

3. Long Odds of Staying Together

Life is not easy for a mallard. “Once a mallard reaches adulthood, survival is about 70 percent per year,” says Nicolai. “That means the chance for a pair to make it through one year together is 49 percent. Keep going with that math and the chance of being together six years is an eye opener (1.4 percent).”

“The incubation period for mallard eggs is 28 days,” says Chad Carlson, a wildlife biologist who creates conservation easements for the U.S. Fish and Wildlife Service. “Average clutch size is nine to 12 eggs. Although each egg is laid on separate days, all eggs will hatch at the same time. Why? Because incubation doesn’t begin until the last egg is laid.”

Many predators like to eat nesting hens, their eggs, hatchlings and ducklings. “On average, only 30 percent — three of every 10 mallard eggs — will end up as flying ducks in fall,” says Nicolai. “Eighty percent of that mortality happens in the first couple weeks, and a majority of that before the ducks even get wet going from grassy nesting areas to water.”

Hawks, ravens, owls, raccoons, snakes, skunks, fox, eagles, coyotes, snapping turtles, and even largemouth bass, and pike are all threats to mallard eggs and ducklings. “I have cleaned northern pike stuffed with ducklings,” says Nicolai. “Pike will cruise the shoreline and just pick them off.”

We think of mallards as eaters of greens and grains. But they are extremely adaptable and opportunistic feeders. “When the snow is deep up here by the dam in Bismarck, North Dakota, mallards will stay in the open water below and feed on the minnows that churn through,” says Nicolai. “They’ll eat live fish too. They can gulp a five- or six-incher. My dog once brought back a mallard I shot on a northern California lake, and that bird was throwing up chubs all the way.”

8. Staying Closer to the Breeding Grounds

“Mallards have been documented to migrate over 900 miles in one single day,” says Carlson. But mallard migration patterns began shifting even before climate change. Human settlement altered the landscape to create more open winter water in the form of tailwaters, warm water discharges from power pants and industry, city systems, farming, and ranching operations, and more. “Birds can make a living, and they save energy and avoid danger by not traveling so far to overwinter,” says Nicolai.

9. Not All Ducks Fly South

“Next time you see mallards on the move in the fall, don’t assume they are all going south,” says Carlson. “Years of banding data have proven that mallards banded in South Dakota in September are occasionally shot in northern North Dakota and Canada the same fall. Your prized November mallard shot in a corn field near Devils Lake, North Dakota, may have been born in McPherson County, South Dakota, only a few months earlier.”

How many times have you heard: “The northern red-legged mallards are in!” According to Nicolai: “It’s true that drakes’ legs get more vibrantly colored as the season goes on. But so do the other ‘soft’ (unfeathered) parts of the bird.” A duck’s bill will get more intensely orange. “It’s a function of the birds’ hormones starting to intensify colors for breeding season,” says Nicolai. They are not a different species of mallard. “The ‘northern mallard’ myth is directly related to the mallard molting process and breeding cycle, and not geographic location of the mallard itself,” adds Carlson.

11. Hunters Only Shoot 10 Percent of Mallards

In 1995, adaptive harvest management began: The practice of surveying duck populations each year and setting seasons to match duck abundance and trends by species. “Hunting seasons are set up to safely shoot about 14 percent of mallards in a given year,” says Nicolai. “Data shows that the figure hovers pretty consistently right around 10 percent.”

12. There’s No Science Behind Shooting Drakes Only

Interestingly, mallards are the only duck species in which hunters must adhere to a hen limit. Why? “It’s opinion and tradition rather than science,” says Nicolai. In Canada and Alaska, hens are not limited in the daily mallard bag, and there are no detrimental effects.”

“Mallards need grasslands,” says Carlson. “While they are highly adaptable and you will find mallards nesting anywhere from a city courtyard to the base of a spruce tree, mallards are most successful when nesting in large blocks of undisturbed grasslands. This is the same type of grasslands that are best suited for nesting pheasants. In fact, it is not uncommon to find pheasant eggs laid inside a mallard’s nest.” The Prairie Pothole Region—with its grass and water— is the continent’s Duck Factory.

Mallards replace their feather in a process called molting. “In summer, the beautiful breeding colors of a drake mallard are replaced with drab brown feathers,” says Carlson. “This is referred to as eclipse plumage. Drake mallards will then have a second molt in the fall or early winter, giving them their brightly-colored breeding plumage.” During the summer molt, mallards are unable to fly for about two weeks.

16. Pay Attention to the Bills

“During the molt, and before breeding plumage appears, beak color is one way to identify the sex of a mallard,” says Carlson. “Males generally have greenish-yellow bills, while females sport orange bills with black spots.”

“The oldest mallard documented through a banding record was at least 27 years old,” says Carlson. “The drake was banded in Louisiana in 1981 sometime after its hatching year, and was shot by a hunter in Arkansas in 2008.” Imagine the places that duck went and the gauntlets it flew through all those hunting seasons.