Experts from Park Falls, Wisconsin—the Ruffed Grouse Capital of the World—share their secrets for the great North Woods game bird 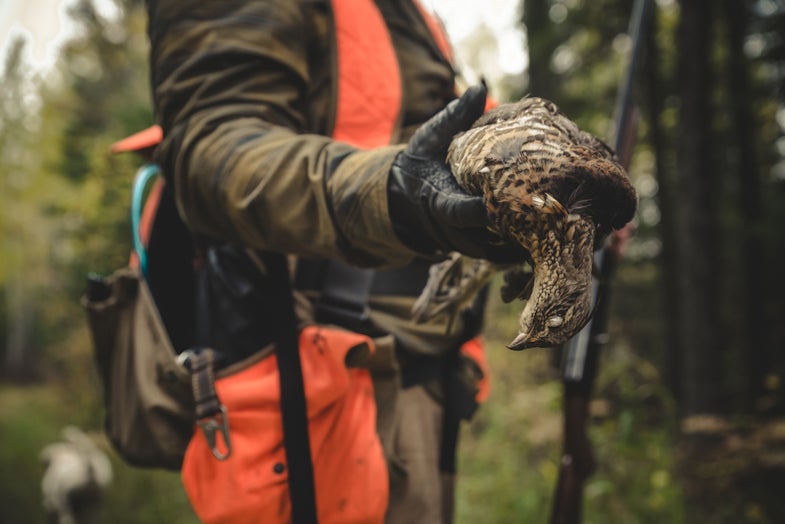 With a population of fewer than 2,500 and a two-hour drive to the nearest city with more than 10,000 people, Park Falls, Wisconsin, tends to fly under the radar. Ask outdoor enthusiasts if the name rings a bell, though, and you might just get a nod of recognition. It’s the home of St. Croix Rods. But this little gem has another claim to fame. Known as the “Ruffed Grouse Capital of the World,” Park Falls is nestled in the heart of Wisconsin’s Northwoods and surrounded by more than a million acres of public land. An active logging industry creates quality grouse habitat and greater access to that wealth of land. Many of the area trails have been seeded with clover and gated off to prevent motorized vehicle use. It’s no wonder folks travel from all corners to chase birds here, and it’s no surprise that some have decided to hang around these parts a whole lot longer. As famed environmentalist Aldo Leopold once wrote, “There are two kinds of hunting: ordinary hunting, and ruffed grouse hunting.” Local enthusiasts tend to agree. An unexpected downturn in this year’s spring drumming counts has left some scratching their heads, but the world headquarters of “winged dynamite” is filled with experts who’ve navigated the inevitable bird boom and bust before. And we’re picking their brains at an opportune time—just as they dig a bit deeper in their toolbox of go-to strategies.

At the start of the season, these birds have a smorgasbord of options—bugs, berries, mushrooms, you name it. But that all changes along with the weather. “Go to green,” suggests Terry Ides, who has operated Ides Guides since the ’70s, “and keep going green.”

Concentrate on lowland areas until frost arrives. Next, move on to young aspen stands. As the leaves shrivel up and turn brown, follow the grouse toward berry brush and eventually to trails and open sunlight as they search for clover. After snowfall covers the clover, they’ll be budding up in the trees.

“Grouse, like a lot of birds, love edges,” says Jake Nelson, who has been guiding hunts in the Park Falls area for 15 years. “If there’s a tag alder swamp or a creek bottom, you’re going to find birds along that edge.” And when you get your first of the day, it’s worth your while to see what they’re feeding on. Figure that out, and you have an even better sense of what to look for and where to go.

Grouse habitat is so specific because they are at the bottom of the food chain and cover is critical. Although there are exceptions to the rule, you’ll want to gravitate toward aspen cuts that are about 9 to 16 years of age, says Ann Jandernoa, who has a background in forestry and 15 years of experience as a guide.

When wet, grouse feathers get sticky, which makes it more difficult to fly. That’s why they have to stay dry. If it’s going to be a hot day, there’s a timeframe—especially early season—when the dew burns off and the birds become more active, Jandernoa says. If your pants are soaked from a morning walk through the woods, pay attention as the day goes on. Activity will typically pick up as the humidity falls.

Grouse tend to loaf at midday. The best time, according to Nelson, is often in the early morning or late afternoon. That’s when they move around, forage for food, and put a lot of scent on the ground.

Even though many who travel to northern Wisconsin tend to plan their trips for earlier in the season, Nelson says those who brave the colder weather are often rewarded. By the end of October or beginning of November, much of the ground cover is gone and the grouse hold much tighter, which can lead to better looks.

October is plenty early for any who are traveling a significant distance for a Badger State outing, agrees Jack Hames, who has a background in forestry and land purchasing for the state of Wisconsin. Earlier on, you’re more likely to hear the birds without seeing them.

They aren’t called “winged dynamite” for nothing. When grouse flush, they explode, and there is little time to aim and fire, which can lead to missed opportunities. It may sound obvious, but it sure is true: “If you don’t shoot, you’re not going to get ’em,” says Hames, who, at 80 years old, has accumulated nearly half a century’s worth of Park Falls area grouse hunting experience. “That’s where pointing dogs come in,” he adds. The heads up that a bird is nearby and about to fly can make a world of difference.

“Modern technology, especially with dogs, has revolutionized grouse hunting,” Nelson says. It’s difficult to find a dog wearing a bell when it goes on point. And even with GPS it can be a struggle to find the dog quickly. He uses beepers with a range of around 150 yards, and GPS collars serve as a back-up so that he never has to worry about losing a dog.

If a flush occurs while you’re standing behind a tree, you don’t stand much of a chance. When a dog goes on point, Ides suggests keeping an eye out for shooting lanes and positioning yourself for a high-quality shot.

“It’s a bird of miles,” Ides says. Translation: the farther you walk, the more birds you have an opportunity to spot.

Hunting roads make this easier, Nelson says, but the grouse grow accustomed to that. They don’t vacate the area entirely, but they will be pushed a couple hundred yards off the road. So it’s helpful to cover as much ground as you can, he adds, and “don’t be afraid to get off the beaten path.”

Related: How to Find More Grouse Off the Beaten Path

Over the course of four decades, Ides has tallied up the flushes, shots, and kills that have taken place during his guided hunts. Ready for a shocker? According to his stats, hunters only bag about 5 percent of flushed grouse. On a typical day, a pair of hunters will fire more than 40 shells and come away with just a single bird between them—and that’s with roughly 8 in 10 under point.

In other words, your skills will be put to the test. Go ahead and embrace that challenge as part of the fun.