Gear Tips for Big-Game Hunts in the Mountains

When you’ve drawn a tag for the hunt of a lifetime, these are the gear items to focus on 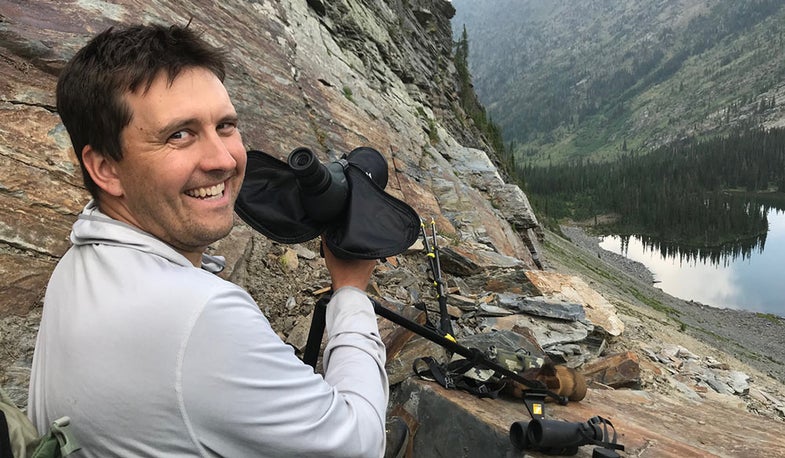 I’ve been putting in for a wilderness bighorn sheep tag for 25 years. This year, my buddy drew the tag after an equally arduous wait. I volunteered to help him scout, because it may be as close to that dream hunt as I will ever get.

This summer found us lugging a backpack full of camping gear and optics 4,000 vertical feet to the crest of the Cabinet Mountain Wilderness Area on the Kootenai National Forest. You don’t have to pay a fee to hunt here, but you pay with sweat and toil.

Almost all of the hunting for North American mountain game—bighorn sheep, mountain goat, and some alpine hunts for elk and mule deer—are on public land, open country along the North American Cordillera. In our scouting trip, we found elk, moose, bighorns, and muleys among the soaring eagles. The only thing in short supply was ground flat enough to pitch a two-person tent.

It became immediately apparent that off-trail hunting above timberline requires some special gear, skills, and tactics. In this rugged terrain, simply walking is half the challenge. Falling can have serious consequences. Every ounce counts, so pack wisely.

This country will test your boots to the maximum. Stiff, aggressive soles, bombproof ankle support, torsional rigidity are worth whatever you pay for them. The boots must fit and keep your feet happy in a variety of conditions.

Rarely will you need full-on mountaineering crampons. However, it takes only a brief frost or skiff of snow to turn a steep mountain into a treacherous danger. Micro-spikes like those by Kahtoola could literally save your life.

It’s much easier to cover a mountain with your eyes than with your feet. Good glassing will save you miles of climbing. In addition, you can often pick out favorable climbing routes on off-trail terrain by examining the mountain through your binoculars. Look for game trails or animals themselves moving up and down the hills.

By design, humans have a high center of gravity. Put us on a steep slope and you’ll see some awkward slips and slides. Trekking poles are worth the weight and expense when traversing rugged terrain, particularly when carrying heavy loads of gear and meat.

A once-in-a-lifetime tag is a good opportunity to splurge on a high-quality mountain rifle, clothing and backpacking gear. Paying a premium can mean shaving pounds off your kit. As one friend puts it, the more you’re willing to pay, the less you’re forced to carry.