DIY: How to Legally Add an Extra Shell to Your Shotgun

Migratory bird hunters, listen up. Here’s a way to lawfully increase your shotgun’s capacity by 25 percent. The One Shot...

Migratory bird hunters, listen up. Here’s a way to lawfully increase your shotgun’s capacity by 25 percent. The One Shot Shell Holder (OSSH; $20; carbonarms.com) was developed in 3-Gun competition as a way to reload your shotgun quickly in the event you shot it dry and locked the bolt back in the heat of battle. It also happens to be perfect for bird hunters whose shotguns are legally limited to a three-round capacity in the field. The OSSH is relatively inexpensive and easy to add to any shotgun.

1. Select Location
The OSSH comes with all the hardware needed. Use the included Velcro to attach the OSSH directly in the front ejection port, according to the supplied safety notice. If you prefer not to use the Velcro, you can place the OSSH on the forearm and mark the two holes with a marker of contrasting color to your forend. Make sure that the new hardware will not impede your shotgun’s function.

2. Drill Mounting Holes
Remove the forend and place it in a position suitable for safe drilling. If you’re using the Velcro method, simply drill two holes through the forend using the existing holes in the OSSH as a guide. The holes need to be large enough for the supplied bolts and washers to go through. If you used a marker, drill the holes on the two marks. 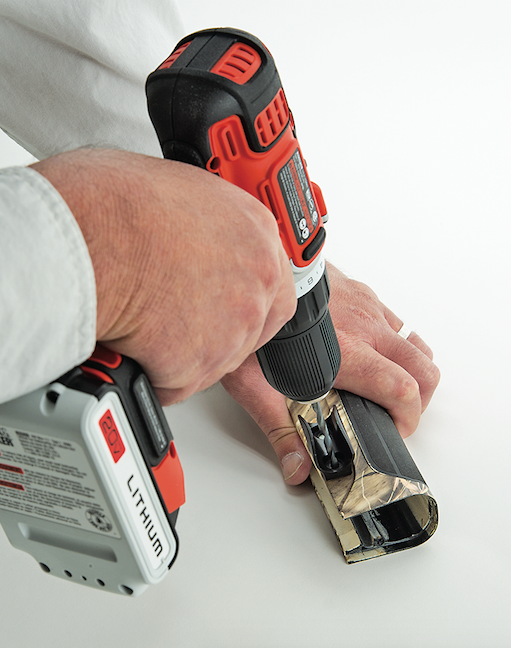 3. Bolt Into Position
With the supplied bolts and washers, affix the OSSH to your forend with the bolts pushing in from the outside. It is important not to overtighten the bolts.

How to Use It
Now that you have the OSSH mounted, the only thing left is to perfect the loading method. Insert a shell (preferably a dummy round) into the OSSH. With the shotgun empty and your action locked open to the rear, mount the gun in the same manner you would when firing. Rotate the shotgun 45 degrees counterclockwise (opposite for southpaws). In one smooth motion, slide your support hand to the rear using your fingers to push the shell from the OSSH and into the ejection port. Reverse the direction of your hand and depress the bolt-release button on the receiver as you move your hand back to the forend and into shooting position. When mastered, this technique takes less than one second.