Within this ever-growing inferno of a U.S. presidential election burning toward November 8, Donald Trump’s adult sons, Don Jr. and... 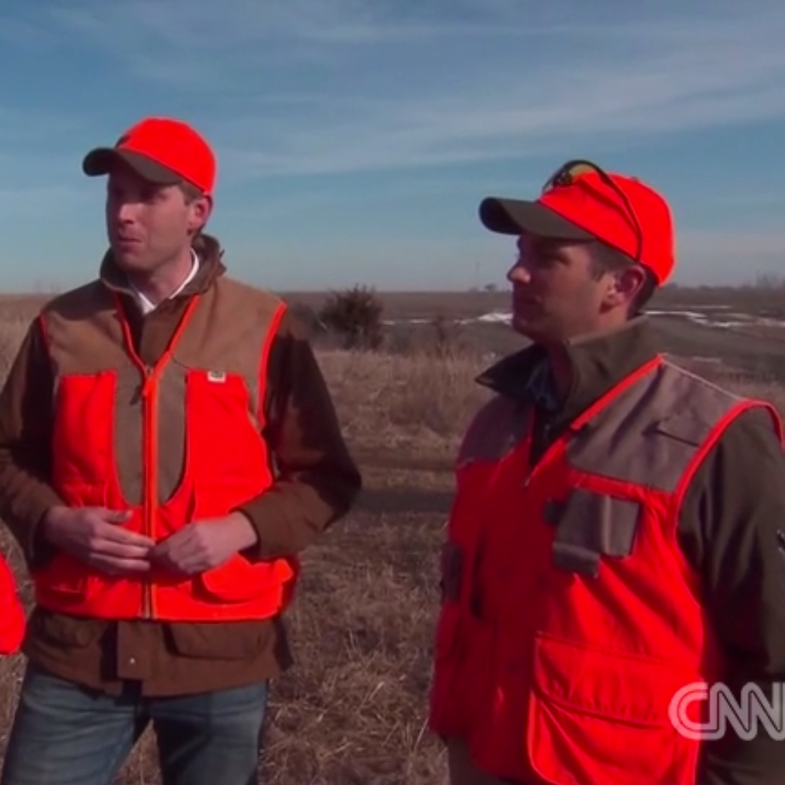 Within this ever-growing inferno of a U.S. presidential election burning toward November 8, Donald Trump’s adult sons, Don Jr. and Eric, opted to do something unheard of last August, they disappeared into the hinterlands of Canada.

When they were gone, startled political reporters began asking where they went. The Trump boys have been a big part of the campaign since the primaries, but suddenly they were gone. The Washington Post reported, “The campaign didn’t respond to requests for more information. Their media silence could very well be just mean they’re on a needed vacation. But it could also be a way to dodge the uncomfortable subject of the Trump sons’ well-documented love of hunting—a subject that stalks them on social media like one of the very large predators they have killed for sport.” They went on a hunt for caribou. For them, this wasn’t unusual, but is an annual thing, as every year since they were boys Don Jr. and Eric go on a hunting trip together. They are sportsmen. They say their experiences as sportsmen have had a profound influence on their father’s view of the natural world and our roles in it. Both Don Jr. and Eric say they’ll be there to help shape a Trump administration’s policies with regards to land, water, wildlife and, yes, anything that affects hunting and fishing.

But how did they become hunters? Donald Trump isn’t a hunter or fisherman. Donald Trump is a gun owner. He has said he has a handgun for self-defense. He has been very vocal about how he’ll protect Second Amendment rights, but even his sons say golf is Donald’s game. What happened was that, when Don Jr. and Eric Trump were teenagers growing up on Manhattan’s swanky 5th Avenue, their mother, Czech model Ivana Zelníčková, decided her boys needed something they weren’t likely to get in New York City. They were both put on a plane for Czechoslovakia, and not for a week or two, but for six to eight weeks each summer. They stayed with their maternal grandfather, a man who was a hunter and fisherman. He taught them to shoot and to hunt. He taught them how to properly start a campfire and how to gut a wild boar. He showed them how to be country boys.

“Those summers might have saved our lives,” says Don Trump, Jr. “They certainly saved our souls. When a lot of our friends were getting into trouble, we were going to bed early so we could be up to hunt turkeys or deer on our father’s properties north of New York City.” Now both Don Jr. and Eric are married. Don Jr. has five children. They both say what they were taught by their grandfather keeps them grounded, that he gave them another side of themselves.

It is a side they hone. For that hunt for caribou last August, Don Jr. brought his seven-year-old son along for an important father-son adventure. Don Jr. posted an Instagram photo of himself with his son, both smiling, in Yellowknife, Northwest Territories. He captioned the photo: “Father son trip. Taking my little man away for a few days. See you all soon. Applying no phone rule.” But he otherwise opted not to talk very much about the trip; you see, the Trump boys have been attacked many times for being guilty of legally hunting in Africa and other places.

Still, they don’t hide the fact that they hunt. Last year, in the primary season, the Trump boys even took CNN’s Jake Tapper pheasant hunting in Iowa. The Washington Post said this “possibly humanized the Trumps, making them seem less Cartier, more Carhartt.”

Ironically, while the Trump boys were in Canada, animal-rights activists disrupted a Hillary Clinton campaign event in Las Vegas, Nev. Four Secret Service agents felt compelled to rush onto a stage to protect Clinton when the animal-rights activists, who had signs reading “Until Every Animal Is Free,” attempted to climb over a barrier. When things settled down, Hillary said, “[A]pparently these people are here to protest Trump because Trump and his kids have killed a lot of animals. Thank you for making that point.”

When asked what he thought about what Hillary Clinton said, Don Jr. said, “Hunting and fishing, when motivated by the idea of conserving our wildlife and fishery resources, are not things to be ashamed of. What her comments show is a complete ignorance of true environmentalism. True environmentalists make sure that the habitat and the animals that populate that habitat are as healthy as possible.”

Now, by saying the Trump’s kill “a lot of animals” while speaking to a group of mostly blue-collar employees with the Brotherhood of Electrical Workers, perhaps Hillary Clinton thought, as Don Jr. and Eric are white-collar executive vice presidents at The Trump Organization, they could be separated out as wealthy elitists who kill animals for pleasure. The thing is, the Trump boys are as much Carhartt as Cartier. Don Jr. and Eric don’t just take trips to go hunting; they also hunt in their backyards with their compound bows and shotguns. Don Jr. said, “I remember, last year, stepping out of the woods in New York’s Westchester County all sweaty and wearing Carhartts and carrying a chainsaw. I’d spent the afternoon cutting shooting lanes for my deer stands. There was my father laughing at the sight of me. He said, ‘I saw you this morning in a sharp suit in the boardroom helping with million-dollar deals; now here you are looking just as happy getting ready for deer season.”

So okay, Don Jr. and Eric are hunters, but how much of Don Jr. and Eric’s understanding of and love for the sportsmen’s role in conservation has rubbed off on their father?

Don Jr. says it wasn’t just he and his bother’s experiences as sportsmen that taught their father about conservation. They say he taught them early on, that as they build hotels and golf courses, they should be careful to do so in environmentally sounds ways.

When I commented that Don Jr. seems to be very much into these issues, he said, “Last Thanksgiving in Florida, no sorry, it was Christmas—I’d never leave my deer stands during the rut—our whole family was seated around a big table, like so many families do all over America. My father was talking about how to make America great again when he turned to me from the head of the table and joked, ‘Don, you’d make a hell of a Secretary of the Interior; no wait a second, you’d probably just go to Alaska to check on how our policies are affecting wildlife and never come back.”

Don Jr. said everyone laughed and that it was a joke, but his seriousness about issues related to sportsmen and the environment don’t seem to be.