Opinion: The Next President Should be a Force for Conservation 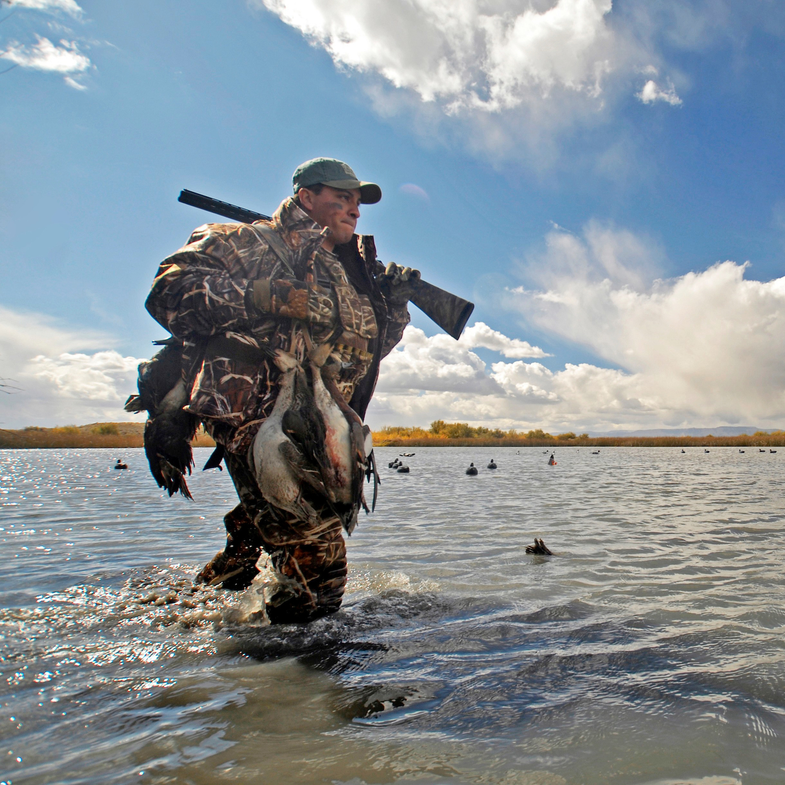 America’s wildlife conservation movement began in the late 1800s with names like Roosevelt, Audubon and Pinchot. Its original mission was to end the slaughter of America’s wildlife resources by unsustainable commercial hunting that supplied restaurants with wild meat and fashionable hats with feathers through the plume trade.

But gaining the scientific knowledge to properly care for our nation’s wildlife would take people who would dedicate their lives to the management of wildlife and their habitats and the funding necessary to ensure the long-term health of our fish and wildlife populations .

So who would pay? In 1934, during the worst depression this nation has ever known, waterfowl hunters lobbied Congress to make them purchase a Migratory Bird Hunting and Conservation Stamp (known commonly as the Duck Stamp) in order to legally hunt waterfowl, BUT the funds generated must be used for conservation and restoration of wetlands and waterfowl habitat.

Then, in 1937, all hunters and recreational shooters lobbied Congress to pass another law to dedicate a special tax on firearms and ammunition to assist state wildlife agencies in the management of wildlife within state boundaries (Wildlife Restoration Act). In the early 1950s, a companion law for fishing and boating was passed to provide funds from these users, and conservation took another very positive step forward (Sport Fish Restoration Act).

Throughout our history, when the people of the United States have faced challenges, the will and determination to turn those challenges into opportunities were manifested through innovation and voluntary cooperation. But in all cases, it was accomplished through commitment and personal involvement from top political leaders insisting that all interests be heard and have ownership of the solutions.

The challenges of today have not diminished. If anything, arguments can be made that they have increased. Water is still a significant issue for both people and wildlife. Access to public lands is an increasing challenge, and balancing the needs of a diverse public in the regulatory arena is more and more difficult.

There is little doubt that the next president of the United States will face challenges on natural resource use and conservation that many believe have not been seen since the 1930s, and that she or he will either have a significant place in history for finding solutions to the challenges, or be remembered for allowing them to become malignant.

Hunters, anglers and their supporting industries have been the benefactors for all Americans in their willingness to fund natural resource conservation. These two industries continue to provide nearly $100 billion to the U.S. economy, but they can no longer carry the burden alone.

National wildlife refuges, national parks, Bureau of Land Management lands and national forests face maintenance backlogs that would take at least $19 billion to erase. These public lands belong to the people of the United States and are critical to ensuring a network of habitats across the country to allow wildlife managers to respond to any changes that occur on the ground as a result of sea level rise, increased storm activity or long-term drought/wet conditions. Ensuring adequate funding for these agencies, along with other appropriations such as the Land and Water Conservation Fund, will provide the next president with opportunities to support public lands and public use of those lands.

Another area that will require the steady hand of the president is ensuring that the federal agencies under his or her control understand, respect and seek the expertise of the state agencies responsible for natural resource management. It is very evident when one examines the history of wildlife conservation that the peaks of success occurred when there was clear teamwork between federal and state professionals. Unfortunately, that is not always the case and it is paramount that our next president insists on a true partnership that will produce good government.

Finally, the next president will inherit a significant history of federal agency reliance on regulation rather than innovation and cooperation in solving conflicts. In my former role with the U.S. Fish and Wildlife Service, I had well over 100 laws at my disposal to use in addressing conservation challenges. However, not one of those laws provided me with the authority to require the improvement of habitat on one acre of land, regardless of the ownership.

Environmental laws such as the Endangered Species Act should be used for collaborative partnerships to improve conditions for all species, not as a tool to force a single view on how the ecosystem should be managed. This, perhaps more than any other challenge, will rest squarely with the next president, secretary of the Department of the Interior and director of the U.S. Fish and Wildlife Service. They should embrace the opportunity to “…conserve ecosystems, and the threatened and endangered species that depend on them…,” rather than succumb to the focus on any single species.

The next president of the United States should form a legacy of pragmatism that future generations will admire. America deserves no less.