How to Get Into Vintage Sniper Rifle Matches 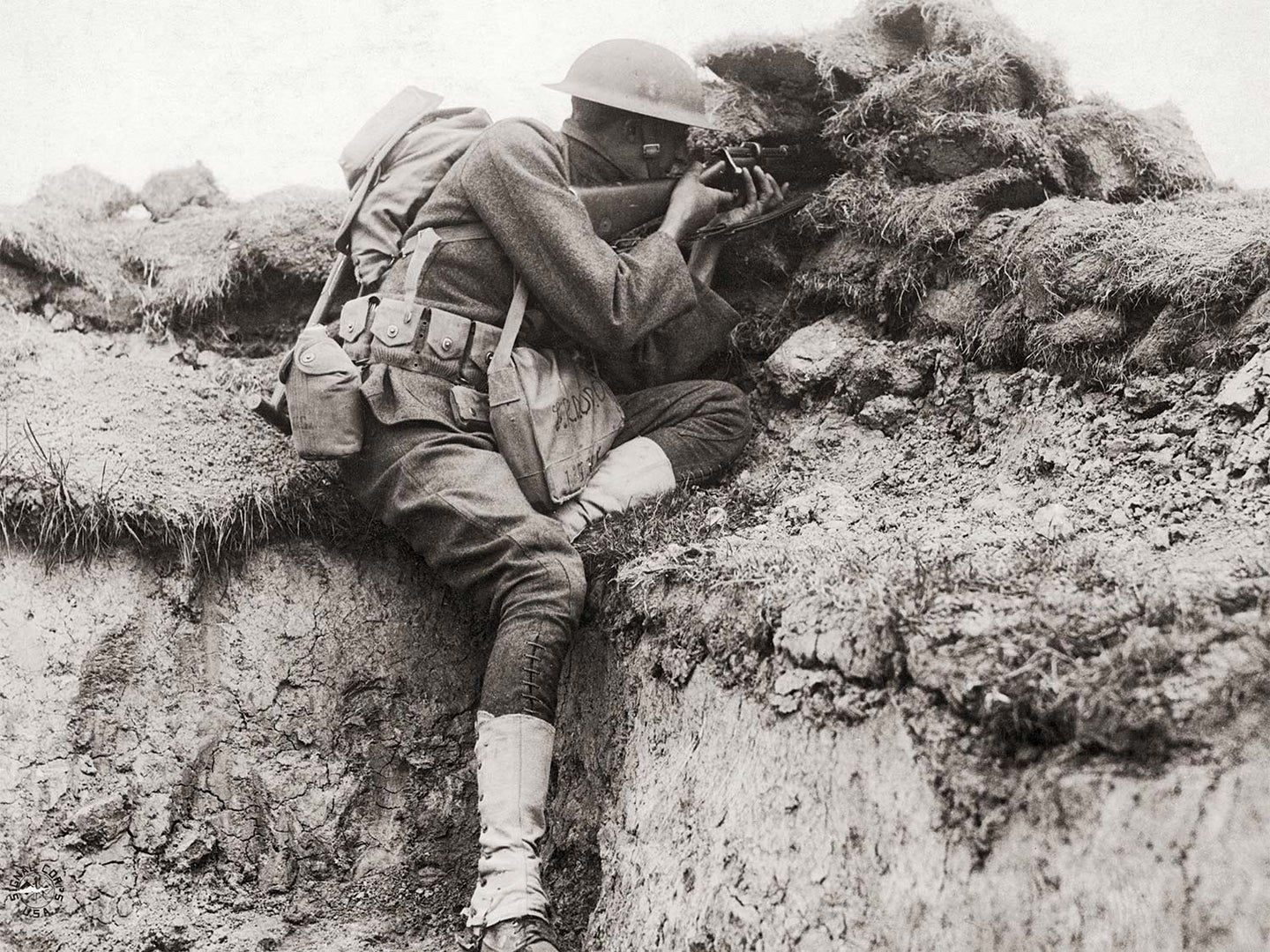 An American sniper in France during World War I, circa 1918. (Photo by FPG/Hulton Archive/Getty Images). FPG
SHARE

Long-range shooting competitions are all the rage, but the amount of gear required can be pretty daunting to anyone new to the sport. Likewise, service rifle matches, where you use historically accurate military equipment (meaning open sights), can be tough if you don’t have 30-year-old eyes.

Back in 2011, I worked to combine the best of both types of shooting and eliminate those drawbacks. This led to the inaugural Civilian Marksmanship Program (CMP) Vintage Sniper Rifle Match (VSRM) at Camp Perry in 2012.

A little background: When the Gibbs Rifle Company introduced its replica 1903A4 sniper rifle in 2011 (sadly, no longer made), I had to have one. I was a big-time World War II buff because my father was a paratrooper with the 101st Airborne. After I got my 1903A4, I showed it to my dad and asked if he ever ran into one during the war. He had never said much about his time in the service, so I was absolutely floored when he said, “Yeah, I jumped into Holland with that rifle. I was the first scout for 506th I Company.” Incidentally, that’s the same regiment that E Company—of Band of Brothers fame—was in.

For many years, I had been an avid John Garand Match and CMP Games shooter, but after finding out my father went to war with a 1903A4, I thought it would be great to have a CMP match with vintage sniper rifles. I worked with Alan Coors, board member of the CMP and then president of the NRA, to hammer out the rules and legal equipment.

We designed the match so you can shoot it prone, using either just a sling or a sandbag for support. The match is for two-man teams consisting of a shooter and a spotter. Shots are at 300 and 600 yards on standard high-power rifle targets. Each competitor shoots 10 rounds at both distances. After an optional three-minute sighting-in period, the match begins with a 20-second target exposure, after which the target is lowered into a pit and out of view for 20 seconds. This continues until 10 shots are fired. The teammates then switch positions. The match requires wind-reading skills, good communication, and teamwork.

For me, the really fun part of this match is picking which sniper rifle to use. Basically, any legitimate sniper rifle from World War I to the Korean War is kosher. Replicas are allowed and encouraged. Scopes can be original, replicas, or, in some cases, older low-power commercial scopes that are similar to the original military glass. Guns must be as issued, have no caliber bigger than 8mm, no bedding, and no special match triggers. For a complete list of rules and equipment descriptions, look under “competition rules” at thecmp.org.

Some of the more popular guns are the 1903A4 and USMC 1941 with 8X Unertl scopes. If you are a WWII gun guy and want to get seriously motivated, go walk the firing line at a VSRM. You will see some very rare guns. How many of us have ever seen a G43 with a ZF4 scope, let alone seen one shot? You can still find original period sniper rifles, but they are expensive. The most reasonable original models available are the Swedish M41 and Russian 91/30 PU. The good news is the VSRM has created a replica market for almost any prominent WWII-period sniper rifle scope and mounting. The only equipment not represented that I am aware of are Japanese scopes and mounts.

Read Next: Training Drills to Become a Better Long-Range Shooter

Numrich Gun Parts has a broad selection of scopes and mounts too. For German rifles, it carries the ZF-41, Zielvier 4X and 6X, and ZF4 scopes, mounts, and bases. The company offers a No. 32 scope, and base and rings for the Enfield No. 4 T sniper rifle. For those interested in U.S. rifles, it has the M84 scope, and the mounting ring and cheekpiece for the M1D. Last but not least, it offers replica Russian PU scopes and mounts.

Last year, Winchester introduced a 150-grain FMJ ball .30/06 round to its Victory Series, which is loaded to ­period-​­correct WWII specs. ­Hornady’s M1 Garand load is an accurate and soft-shooting round that is ideal for Vintage Sniper Rifle Matches.

A quick internet search will turn up a number of other sources for exotic mounting systems for German rifles, such as claw mounts, turret mounts, and short side-rail mounts.

Many surplus rifles are still available for the foundation of a WWII sniper rifle. I have had considerable luck with the gun library at Cabela’s and Collectors Firearms. The CMP also offers original Garand M1C and D rifles with no mount or scope. Criterion Barrels makes new mil-spec barrels for almost every American service rifle of the last century. Most of these are available through the CMP.

If you’re a WWII history buff and like to shoot, you owe it to yourself to check out a CMP Vintage Sniper Rifle Match. It is fascinating to research guns, find parts, and put one together. Shooting it is an added bonus. The biggest problem you will have is deciding which rifle you want to build.