How to Zero a Suppressed Rifle 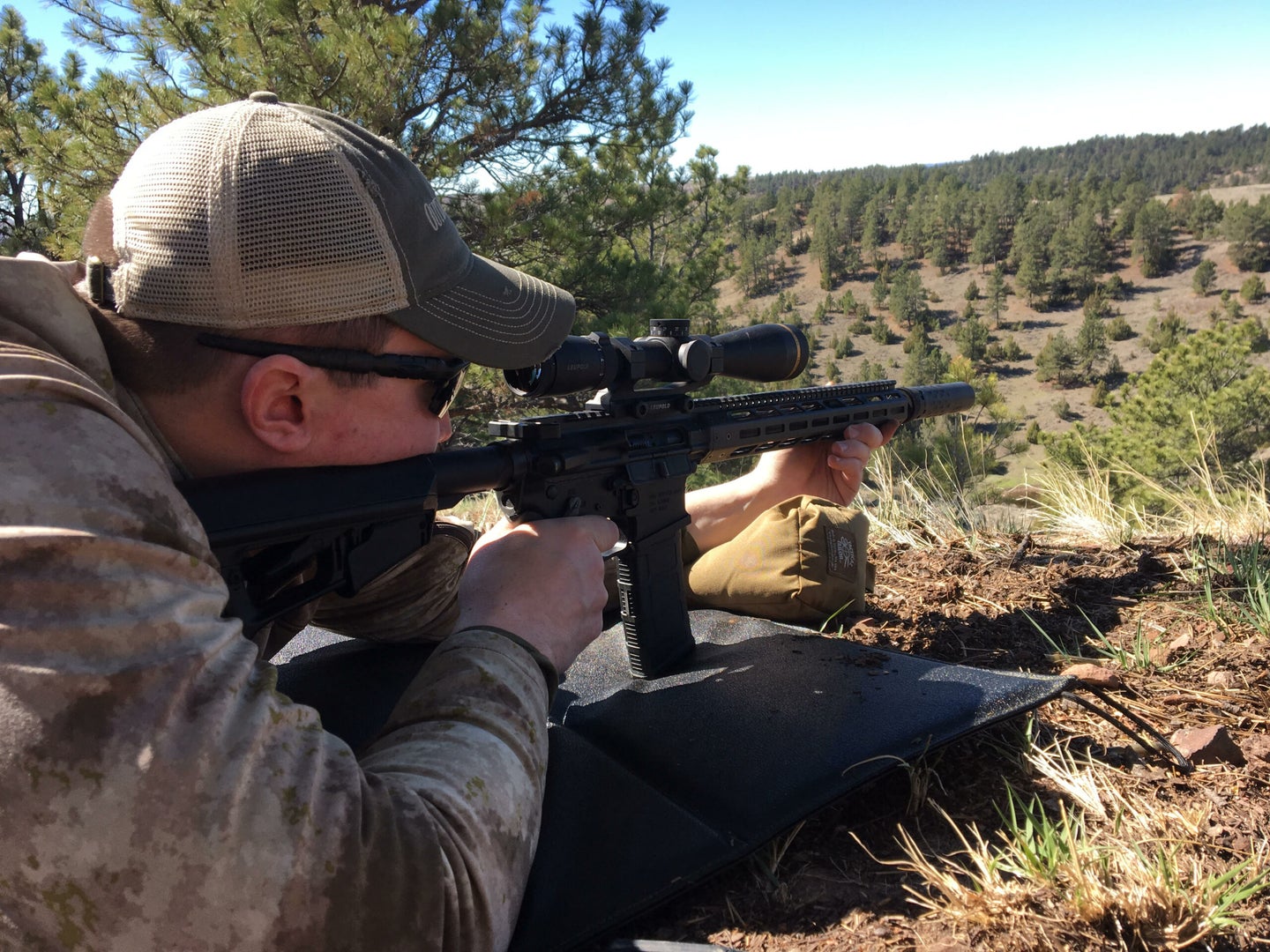 Your point of impact will change once you add a suppresser to your rifle. Tyler Freel
SHARE

Suppressors are more popular than ever for hunting (where legal) in the U.S. They tame the volume from the blast of rifles, making guns safe to shoot without hearing protection. They also reduce recoil. There is a fantastic variety of suppressors and attachment systems on the market, with options for just about every caliber imaginable. For a new user, there is one key thing to understand before heading afield, and that is that a suppressor will change your rifle’s point of impact. If you attach your new suppressor and head afield to hunt, you stand a good chance of missing or wounding the animal you are after.

The POI may only be slightly different with a suppressor, but it can also have a dramatic impact on bullet trajectory. The suppressor’s weight, rigidity, and diameter, as well as the material of your barrel, can all affect where the cartridge impacts. With some rifle-suppressor combinations, this might be just an inch or two. But on hunting rifles, it’s common to see your POI move several inches at only 100 yards.

Attaching a suppressor adds a downward leveraging force to your barrel. It will alter the harmonics and change how your barrel can move during the shot. With some combinations, you may see as much as a 10- to 12-inch difference in impact at 100 yards between suppressed and unsuppressed rifles.

If you plan on hunting exclusively with a suppressor on your rifle, this doesn’t really affect you too much, aside from needing to re-zero your rifle once you attach the suppresser. You want to check your velocity if you are using a dial turret, but for most practical hunting purposes, sight-in your rifle just as you would without the suppressor. Once zeroed, let your bore and suppressor cool completely, and allow all the gas to dissipate from inside the can. Shoot again to check the POI for a cold bore/cold suppressor, and adjust your zero if necessary.

Read Next: Why Every Hunter and Recreational Shooter Should Own a Suppressor

For practicality’s sake, and considering the scopes that most of us use on our hunting rifles, once we are set up with a suppressor on our hunting rifle, that’s how we are going to use it. However, many suppressors are highly modular and quickly detachable, and many hunters and shooters like to use them on more than one firearm (or like the idea of being able to use or not use the suppressor depending on the application). If you fall into this category, you will just need to know your rifle well, and map out the exact difference in impact with and without your suppressor so you can make adjustments.

To some, this is making a mountain out of a mole-hill. But experienced shooters and suppressor users know this fairly simple detail is still one that cannot be overlooked. Knowing your hunting rifle intimately and thoroughly is a good general practice, and it’s every bit as applicable when you thread a suppressor on the end.