How to Make an Old Rifle More Accurate

How to get an old .270 Winchester to shoot well again 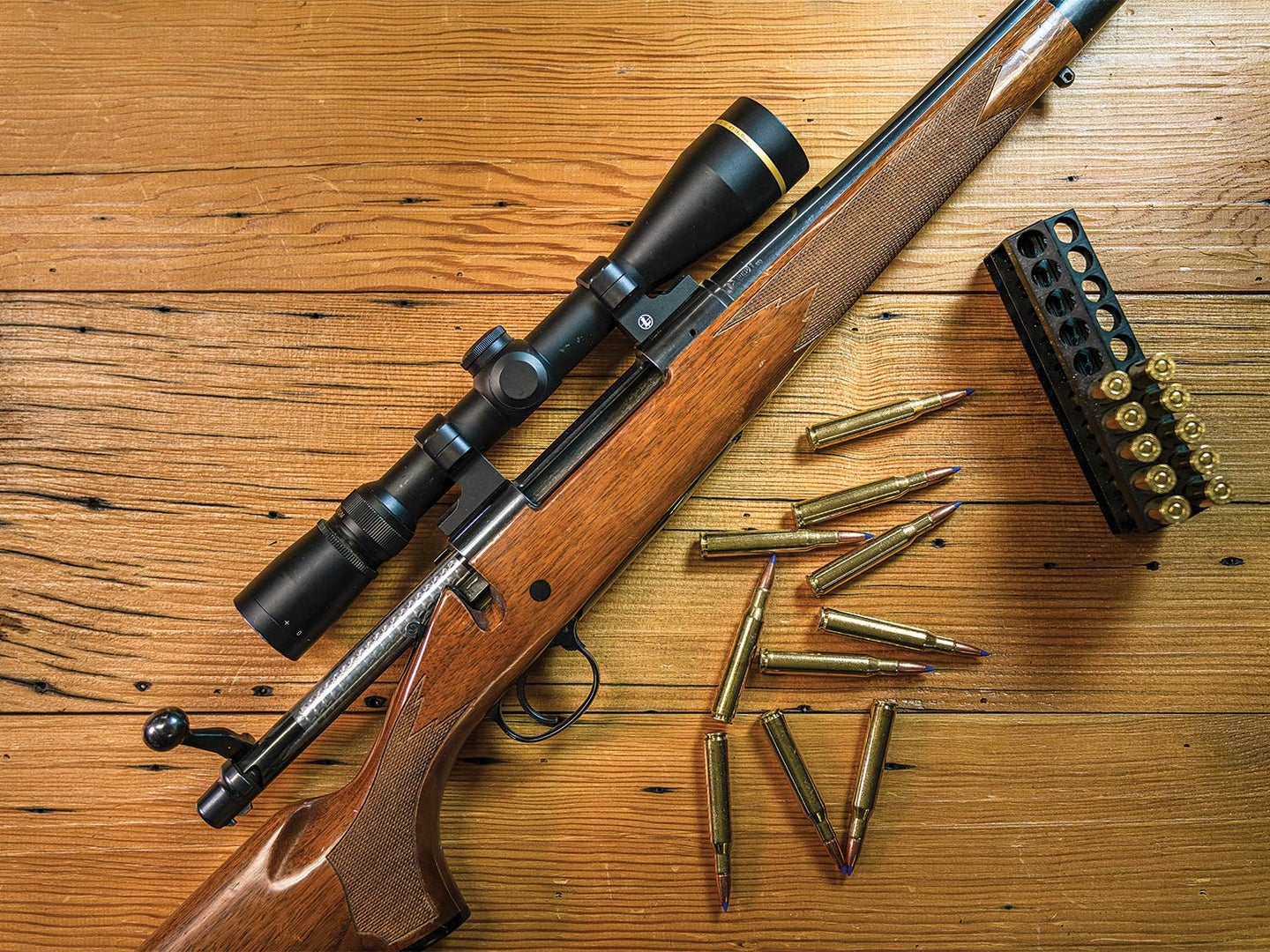 When a good friend of mine drew a once-in-a-generation ­Oregon elk tag, he wanted to hunt with the rifle his father gave him when he was in his early teens. The only problem, which is quite common with rifles that were built 20-something years back, is that the old .270 didn’t shoot worth a damn.

By my friend’s own admission, the rifle had never been very accurate. Although it performed fine for midrange deer hunting, its ability to handle the longer shots his upcoming hunt might require was in doubt.

His rifle is a Remington Model 700 BDL Mountain Rifle in .270 Winchester with a pencil-thin barrel, a low-density walnut stock, and rotary dovetail scope mounts. Basically, it’s a common big-game rig from the era before synthetic stocks and heavy target barrels.

I decided to help him try to bring his rifle up to modern performance standards while maintaining the Remington’s character and, hopefully, not spending a pile of money in the process.

First, I shot several types of ammo through the rifle to get a baseline for accuracy. The best group I could get was 2 inches at 100 yards, with some as large as 4 inches. By the fourth and fifth shots in every group, the barrel was wicked hot, and the impacts were wandering farther and farther from the point of aim.

Here’s what we did to improve its accuracy.

Upgrade the Mounts and Trigger

The 1950s called and wanted its scope mounts back. Though they look elegant, rotary dovetail mounts are old tech. If they were known for great accuracy and durability, then long-range competitors and the military would use them—which they don’t. We switched to Picatinny bases and rings instead. We also swapped the 700’s stock trigger with a Timney Elite Hunter, which is easy to install and a worthwhile upgrade.

When I took the rifle apart, I saw the barrel was touching the fore-end on one side (No. 1, opposite), and it appeared the action wasn’t making even contact with the stock’s inletting. To correct the first problem, I relieved the barrel channel to free-float the barrel. This is easily done with a barrel-channel inletting tool or sandpaper-wrapped dowel (No. 2). I opened the channel all the way to the recoil lug so that we could bed the first inch or so of the barrel as well.

Important note before proceeding: Whenever you’re working with epoxy, use mold release on anything you don’t want the epoxy to stick to. There are household materials such as shoe polish and car wax that will work, but it’s worth buying some actual mold release because permanently epoxying the action to the stock is as fun as contracting scurvy.

Next, we put in a barrel support made from two-part epoxy putty before removing any inletting material. This pad (No. 3) maintains the correct spacing between the barrel and action when you go to remove inletting around the recoil lug. Make the pad by forming the putty and screwing the stock and action together (both sprayed with mold release first) to let it take shape and set.

We molded the pillars from liquid-steel Devcon rather than using pre-made steel or aluminum inserts. The nice thing about pouring pillars is they will match the contours of the action exactly. Pillars create noncompressible sleeves for the action screws, providing a solid connection between the bottom of the action and the top of the rifle’s trigger guard.

Before pouring the pillars, we drilled out the action’s screw holes, nearly doubling their diameters, to make them large enough to pour the Devcon around the two slave screws (No. 4), which are simply smooth-sided bolts with threaded tips that we bought at a hardware store. When the bolts are screwed into the action, you don’t want any thread showing. You might need to grind down the ends on the bolts to accomplish this.

Place the stock upside down and use bungee cords or surgical tubing to tightly squeeze the stock and action together before pouring the Devcon. We made a modeling-clay dam to prevent the Devcon from flowing into the magazine well. You will get some overflow on the bottom trigger-guard inletting after pouring the pillars. This is good. Let the pillars set overnight, and use a Dremel or similar tool to grind down the overflow so it is just a few thousandths proud of the trigger-guard inletting—about the thickness of a sheet of paper (No. 5). You now have strong, noncompressible pillars for torquing the action.

Because the pillars are perfectly molded around our slave screws, this keeps the receiver properly aligned in the stock when bedding the action. To bed the action, just follow the ­instructions that came with the kit or check out an ­instructional video online.

As with painting, the prep is everything. Mask off the parts of the stock you don’t want the bedding material to stick to, coat the action and magazine cutout with mold release, and fill any holes in the action with modeling clay.

Once everything is prepped, apply the bedding epoxy putty to the voids you made in the stock, and then install the action with the slave screws to keep everything lined up (No. 6). Once again, apply pressure with surgical tubing or bungee cords around the stock and action. Let it cure overnight.

Read Next: How to Make Your Lever-Action Rifle More Accurate

After it’s cured, remove the screws, then remove the action from the stock. Clean away any excess epoxy. The last step is to open up the holes in the pillars with a drill to provide a little clearance for the action screws. That’s it. The rifle is now pillar- and action-bedded.

The rifle is much more consistent now. It’ll shoot the first three shots around 1 MOA or better with Hornady, Federal, and Nosler ammo, and the fourth and fifth shots don’t walk nearly as much as they did before.