The Pope & Young Club is tolerating crossbows, reconsidering membership thresholds, and renewing its commitment to advocate for all bowhunters 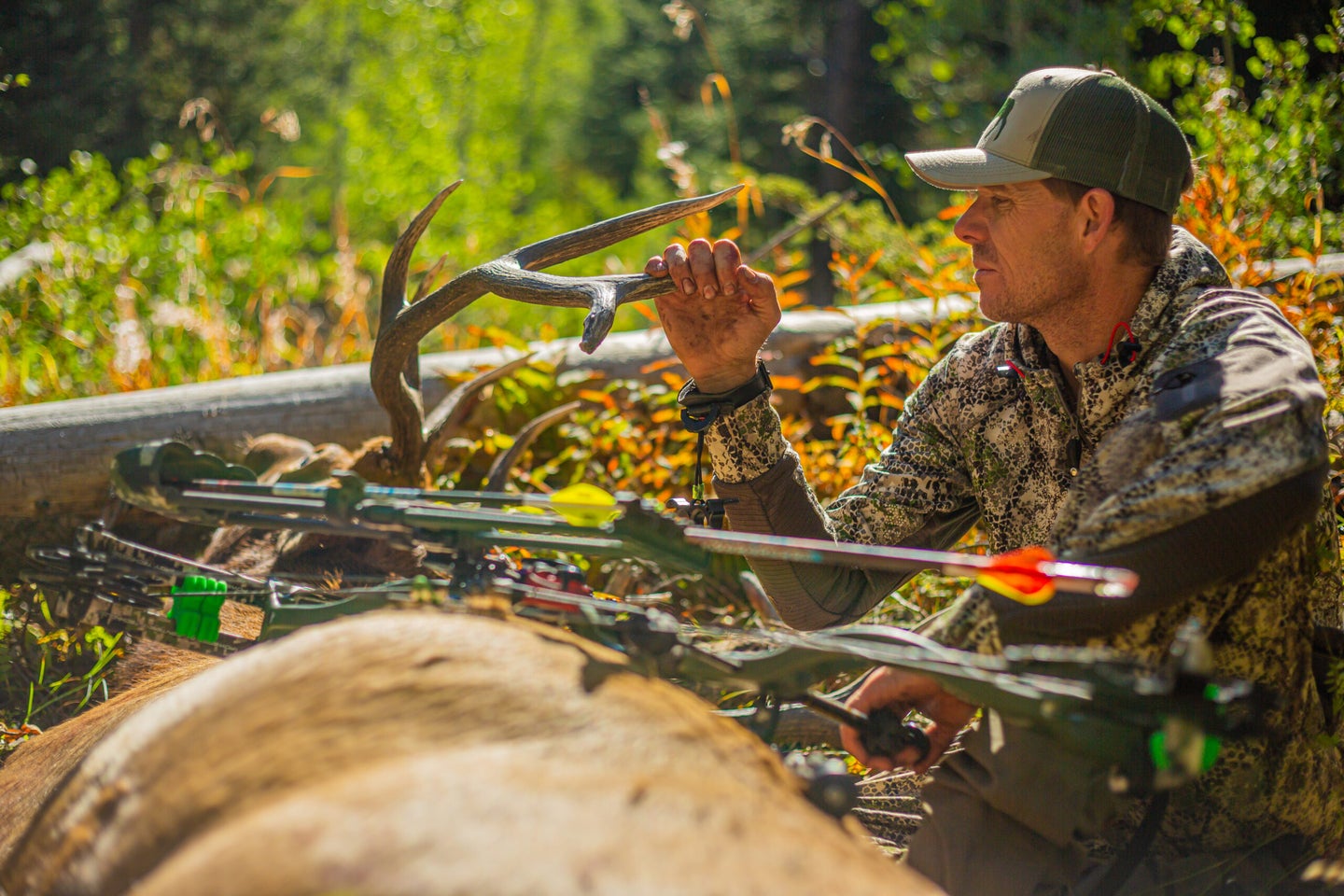 P&Y is attempting a rebrand to appeal to more bowhunters. Jace Bauserman
SHARE

Pope & Young Club members gathered last week in Reno, Nevada, for their biennial meetings and awards ceremony. In addition to more than 100 other top trophies, a whopping 10 new Pope & Young world records were recognized at the ceremony. This year also marks the 60th birthday for the club that celebrates bowhunting accomplishments and has become synonymous with archery big-game record-keeping.

But the group is also using the moment to consider some fairly significant changes to its long-held policies regarding membership, its role in the larger conservation community, and to its staunch opposition to crossbows. It’s fair to say that Pope & Young is looking back on its successes—which are anchored by its records of some 120,000 North American big-game trophies—with a bit of a jaundiced eye. While the club has built a reputation around its celebration of the achievements of archery hunting, some members fear it is losing relevance for a growing number of bowhunters who aren’t members or don’t know the full spectrum of resources and advocacy the club provides.

Indeed, the community of archers and bowhunters is growing by the day. Consider the rise of Total Archery Challenge events, 3-D archery festivals that have a big social-media presence and attract high-profile sponsors. Also, consider the 20 million—and counting—elementary and middle schoolers who have been exposed to National Archery in the Schools program. Or take the thousands of prospective hunters who have graduated from a course certified by the National Bowhunter Education Foundation. Meanwhile, wildlife agencies are reporting participation increases in bowhunting seasons in nearly every state.

Yet, the Pope & Young Club’s membership has stagnated. The current general membership stands somewhere around 6,000 individuals, with the higher-level regular membership at about 600.

“There’s a perception that our focus on record-keeping has overshadowed our other attributes,” says P&Y Executive Director Jason Rounsaville. “We want to change that and expand our reach to represent all bowhunters.”

In order to do that, the club is de-emphasizing its signature. Rounsaville unveiled a new logo in Reno that frames a bold “Pope & Young” against a traditional broadhead. The word “Club” remains the official name, but it’s not on the new logo. That’s intentional, says Rounsaville.

“We’re still the Pope & Young Club, but our brand is ‘Pope & Young,’” he says. “The ‘Club’ part was taken as exclusionary, and that’s not accurate. If you bowhunt, we want you as a member.”

Rounsaville and board members also unveiled a new marketing campaign in Reno: “Preserve. Promote. Protect.” Each imperative is designed as a nod to some aspect of the club’s mission.

“Preserve speaks to our records,” says Rounsaville. “We have the most complete records of North American big-game in existence, and it’s used extensively by wildlife agencies to set seasons and by researchers to study wildlife management trends. We also maintain the national bowhunting museum,” which Rounsaville announced will move from its current home in Chatfield, Minnesota, to the Wonders of Wildlife museum complex at Bass Pro Shops headquarters in Springfield, Missouri.

“Promote” speaks to continuing to carry out the work of icons of bowhunting.

“We intend to promote the sport of bowhunting to ensure that bowhunting continues to be a part of the American tradition and an important part of the outdoor lifestyle. We intend to invite and encourage others to join [not just] the sport, but also to join Pope & Young.”

The last pillar of the new campaign—”protect”—is “a promise to actively defend our privileges to bowhunt anywhere they are threatened,” says Rounsaville. He cited the club’s opposition to policy proposals in several municipalities to remove managed bowhunting as a wildlife-management tool and pledged that the club will actively counter any anti-hunting campaign on the local, state, or national level.

Club members noted that the traditional hierarchy of the organization has been opaque and perceived as a high threshold for involvement. For instance, in the past “regular” membership was reserved only for general members who had been involved with the club for nearly two decades, and only after they had entered a requisite number of trophy animals in the Pope & Young records.

“It used to take 18 years to move from a general member to a regular member,” added Dallas Smith, P&Y’s first vice president. “The idea was that we wanted a rounded member. We still want those committed folks—that rounded hunter—but we recognize that it doesn’t take 18 years to become a well-rounded bowhunter.”

Over the past decade, the club has also relaxed some of its notoriously hardline equipment prohibitions. It now allows animals taken with lighted arrow nocks to be considered for record-book inclusion, and it now allows cameras to be mounted on bows. The club has changed its policy on compound bow let-off. As compound bows entered the hunting scene in the 1980s, the club imposed a 50 percent let-off restriction in order to be considered fair chase. As compounds have become more technologically advanced, and as let-off has increased to 65, then 80 percent, the club recognizes that let-off restrictions are arbitrary and exclusive. The club now allows animals taken with compounds of any let-off percentage.

“As long as a bowstring is drawn and held by human muscle, we consider it a legal weapon,” says Willems. However, the club still considers any electronics—included lighted sights or bow-mounted rangefinders—to be violations of fair-chase ethics, and therefore ineligible for inclusion in the Pope & Young records.

But what about crossbows? The club has taken a hard line against allowing crossbows in archery seasons, arguing that they give hunters an unfair advantage, since crossbow strings can be held back using mechanical advantage, not human muscles. That hasn’t changed. In unveiling its new message and logo, the club notes that it intends to be a resource and community for all hunters who hunt with a vertical bow.

“A crossbow is not a vertical bow,” is how Rounsaville confirmed the club’s categorical exclusion of crossbows. Directors noted, however, that the club is not against crossbows in the field.

Instead, Pope & Young is advocating that separate records be kept for crossbow kills and that states that allow both vertical and horizontal bows be managed with separate seasons, licenses, reporting structures, and education requirements.

“We are pleased to see the rise of Bolt & Quarrel to handle this record-keeping and community building for crossbow hunters,” says Rounsaville. “They have our full support and if we can help with resources, for instance using our measurers for their records, we’re happy to provide them.”

As for the larger effort to rebrand what has been perceived as a hidebound organization, Rounsaville says there’s still plenty of work to make Pope & Young more accessible to younger, more diverse members.

“We’re still in the process of updating a 60-year-old brand that many bowhunters don’t know about, “says Rounsaville. “But the bottom line is that as long as you have a passion for bowhunting, we want you to consider joining us.”