Poisonous ‘Pods’ Are Still a Problem in Bowhunting

Arrows loaded with muscle relaxers are illegal almost everywhere, but poachers still get caught with them on occasion. Pods have a strange history, including an endorsement by Fred Bear 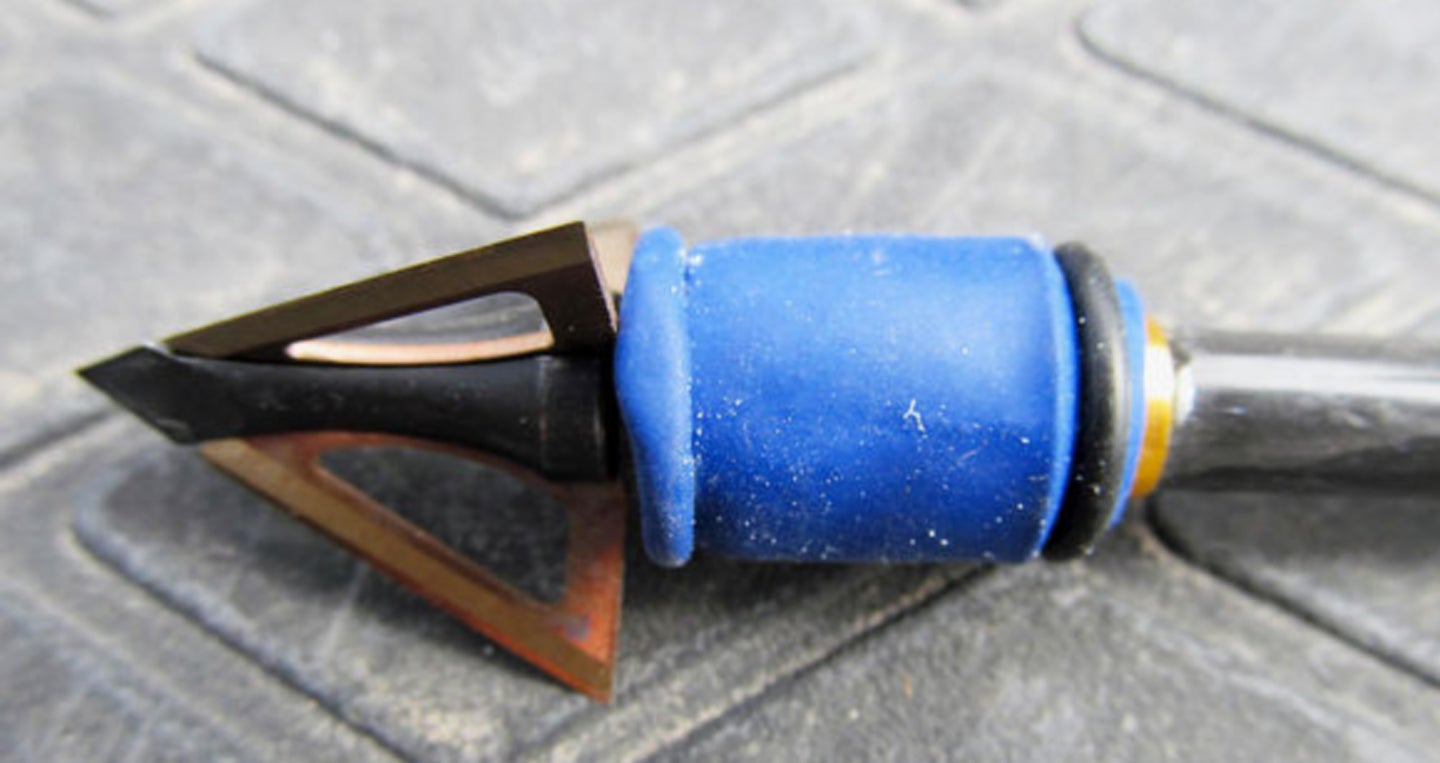 On Dec. 28, 10 bowhunters in northeastern Louisiana were caught using pods while on a deer hunt in East Carroll Parish. The Louisiana Department of Wildlife and Fisheries confiscated the pods and all hunters were cited for alleged possession. They also confiscated one antlerless deer that a hunter had killed with a broadhead bearing a pod.

If you have no clue what a pod is, you’re in good company. Illegal in 49 states (Mississippi is the exception), they aren’t the most popular bowhunting accessory. “Pods” refer to rubber bands or balloon necks wrapped around broadheads that house extremely potent muscle relaxers. Upon contact with an animal, those muscle relaxers work into the bloodstream, causing near-immediate paralysis. The idea is that even if you made a marginal or non-fatal shot, you would be able to recover the animal.

In other words, they’re poisoned arrows that don’t taint the meat of an animal. They’ve caused a stir in the bowhunting world for a long time. According to an article in Peterson’s Bowhunting, bowhunters started using chemicals like succinylcholine chloride in the 1960s. But they didn’t have the chance to get popular before state wildlife agencies started banning them. That certainly hasn’t stopped poachers from using them, however. In 2013, four hunters from South Carolina were cited for using pods while chasing deer, elk, and bears in Colorado. During the bust, one of the four hunters told authorities he’d been using pods to hunt big game in Colorado for 20 years.

Was Fred Bear a Proponent of Pods?

Tracing the history of hunting with pods is difficult to do, because they’ve been illegal for so long. There’s no shortage of online forums that debate the practice and its origins. One name that frequents the history of poison-tipped arrows also happens to be one of the most famous names in modern bowhunting: Fred Bear.

In the book 45 Unforgettable Bowhunters by M.R. James, who founded Bowhunter Magazine, James confirms that Fred Bear actually held patents on pods. (This was the source of James’ “single personal and professional disappointment” with the legend.) He cites Adrian Benke’s book The Bowhunting Alternative, which touted the theory that using succinylcholine chloride in all bowhunting and shotgun hunting would make the practices more ethical. The book features quotes from a letter Bear sent to Pope & Young officers in 1964.

“It is the word poison. It’s a bad word and conjures up visions of skull and crossbones. Of elephants stuck in the belly by pygmies who follow the victim for days before he succumbs to the venom,” Bear wrote. “The type I am speaking of kills quickly and…is not fatal to humans.”

Even if that last statement is technically true, it might misrepresent the havoc the chemical compound can wreak. Succinylcholine chloride is a prescription muscle relaxer. Surgeons typically use it in conjunction with anesthesia. If it somehow ended up in a bowhunter’s system after an accident, the consequences could be severe.

A Question of Ethics

As far as its usefulness goes, some hunters thought the drug could make a good shot even deadlier. But others saw it as an excuse for poor shot placement. Bear experimented with what kind of shot placement would be deadly using succinylcholine chloride.

“In May of 1990 Glenn St. Charles told me of witnessing Fred shoot a mule deer with a ‘poison pod’ during a Canadian bowhunt they shared,” James recalls. (St. Charles was a founder of P&Y.) “Fred intentionally arrowed the animal in the rump, according to Glenn, just to see how effective the drug would be with such shot placement. ‘It was one of the worst things I’ve ever seen,’ Glenn said. ‘It took 20 lingering minutes for that deer to die. Fred later tried to get me to use the stuff, but I didn’t want any part of it.'”

If you’re a Fred Bear fan, this might come as a surprise. He was the “Papa Bear” of bowhunting, an innovative businessman, and a proponent for ethical practices. The first patch you received as a member of the Fred Bear Sports Club read “Hunters Respect Wildlife.” Considering these details, the poison pod might not seem to fit his ethos. On the other hand, all of Bear’s inventions and designs were meant to improve the lethality and efficiency of the traditional bow. The poison pod was seemingly just another Bear product that would help bow hunters be more effective, even if it didn’t age as well as the bow-mounted quiver or the shooting glove.

“… if we don’t do something to clean up our ranks the time will most surely come when we will be unmasked, the impotency of our weapons revealed, and we will stand there with bowed heads faintly mumbling, yes, you are right,” Bear wrote to the P&Y officers. “…no archer, no matter how good he is, except under certain circumstances, can be sure of hitting an animal where he wants to hit him at bow shot distances. What is wrong with Killing what you Hit?”

Let’s not forget that centuries of bowhunters and archers from around the world predated Bear in their use of poisoned arrows, whether it was to harvest game or defeat enemies in battle. In that sense, Bear simply carried an ancient strategy forward with his patents. As far as he was concerned, the future of bowhunting required improving the lethality of a traditional bow.

Possession of pods in Louisiana is good for a $500 fine and up to 90 days in jail. All 10 of the recently-busted hunters could face this punishment. Samuel Spurgeon, the one hunter who illegally shot a deer, could pay an additional civil restitution of $1,624 in replacement value. It is unclear when the hunters will be sentenced.

Organizations like the Pope & Young club denounce the practice today. They consider pods a departure from ethical tactics and principles, and have made their stance known in their Rules of Fair Chase.

“The Pope and Young Club at our very core is all about Ethics and Fair Chase Bowhunting,” P&Y executive director Jason Rounsaville tells Outdoor Life. “The use of tranquilizers or poisons is not allowed under the rules of fair chase. We do not condone or approve these methods and do not allow animals taken with these methods into our records program.”

Succinylcholine chloride isn’t the only product that was designed to make arrows more lethal. Explosive and barbed arrows have been developed and then commonly banned in various state hunting laws. The Bow-Mag by Rac-Em-Bac, which made some waves in 2013, is a head fixed with a .38 or .357 round. The bullet fires upon contact with the target, delivering the hefty blow of such a cartridge with a bow. Some touted the innovation as the ultimate projectile for hog hunting, but others pointed out two rather obvious problems. First, plenty of states had already made bowhunting with explosive tips illegal; Second, if hunters wanted to shoot bullets instead of broadheads, they’d simply shoot guns.

Thankfully, none of these products have gained much traction in the bowhunting world. But they serve as a reminder that not all bowhunting innovations are good ones.