Regulating and banning trail cameras is a growing trend in the West. Now Utah hunters will no longer be able to use trail cameras during hunting season 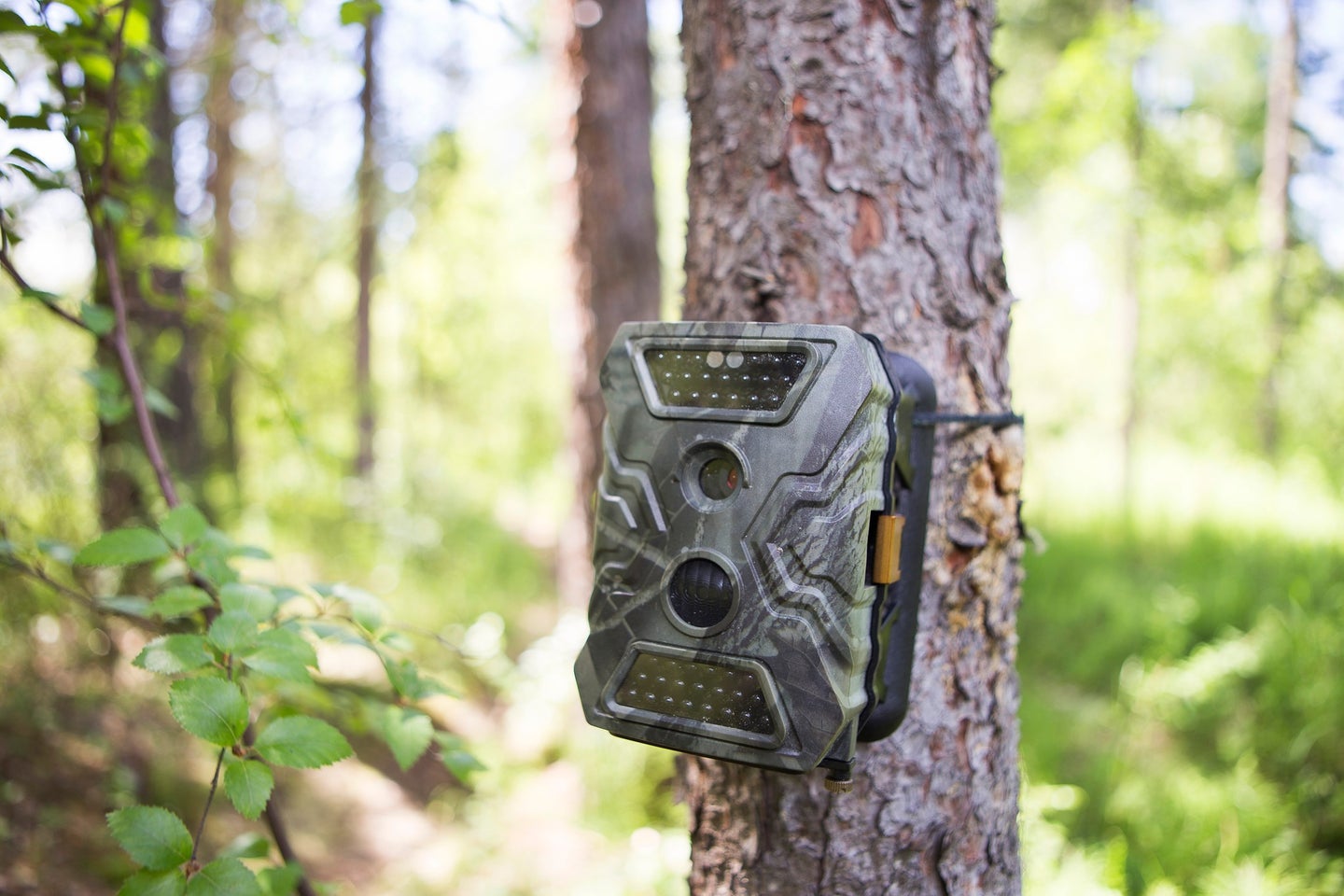 The Utah Wildlife Board has banned the use of both non-transmitting and transmitting trail cameras during hunting season. Utah Division of Wildlife Resources
SHARE

Big game hunters in Utah will no longer be able to use trail cameras during hunting season. The Utah Wildlife Board enacted a rule change on Jan. 4 that bans the use of these and other technological devices for five months each year. Under the new rule, which goes into effect well ahead of the 2022 hunting season, both transmitting and non-transmitting trail cameras will be outlawed from July 31 to Dec. 31.

The sale or purchase of trail camera footage or data “to take, attempt to take, or aid in the take or attempted take of big game animals” is likewise prohibited year-round. There are exceptions, however, and government and educational organizations will still be allowed to use these devices during hunting season. Private landowners can also still use trail cameras to monitor their property, provided these cameras aren’t used for any type of big game hunting.

The rule change extends to night-vision devices as well. It bans the use of these devices beginning 48 hours before any big game hunt opening date and until 48 hours after the closing date.

The use of trail cameras is one of the more divisive issues that the Utah Wildlife Board has had to address in recent years. The Utah Division of Wildlife Resources unveiled a proposal last summer that would have regulated the use of the cameras, but the Board voted in August to postpone its decision so the state agency could gain a better understanding of how the hunting public feels about this technology.

The DWR conducted a survey last October that asked more than 2,000 Utah hunters for their views on trail cameras, as well as their opinions on whether these cameras should be regulated by the state. Survey results revealed a divison among hunters when it found that just over half—or roughly 52 percent—of respondents supported some regulation of trail cameras, while 38 percent said that trail cameras should not be regulated in any way, and the remaining 11 percent were neutral.

This week’s vote in Farmington revealed a similar 50/50 split on the board. Kevin Albrecht, the chairman of the Utah Wildlife Board, cast the deciding vote in favor of the ban that broke a 3-3 tie between the other six board members.

Rep. Casey Snider (R-Paradise), who initially sponsored the “wildlife modification” bill that launched this whole discussion, attended the meeting. Snider told board members that, judging from the responses to his bill and the DWR surveys, there is “overwhelming support” for changes in how trail cameras and other technologies are used in hunting.

While “overwhelming” might be too strong of a word given the even split among hunters and board members, there’s no doubt that the role of technology in hunting has been an increasingly common topic of debate in the national hunting community. Regulation of these devices and other tech has fundamentally changed the way many hunters scout, pattern, and pursue big game.

Read Next: Will All This New Technology Ruin Hunting? In Short, No

One of the most notable indications of where this debate currently stands is the position that the Boone and Crockett Club has taken, which is that transmitting trail cameras give hunters an unfair advantage. The organization recently announced that it will no longer accept entries in its record books for big game animals that were harvested with the aid of transmitting trail cameras and other technological devices, such as drones, smart-scopes, electronic game calls, and even cell phones.

“Technological advancement in hunting equipment is a natural progression of our desire to be successful and effective in ethically harvesting game,” B&C writes on its website. “[But] at some point, these technologies can displace a hunter’s skills to the point of taking unfair advantage of the game.”

The Pope and Young Club has taken a similar stance by drawing the line between non-transmitting and transmitting trail cameras (aka cell cameras).

“For clarification,” the Club states, “if you receive a wireless image (photo, video, GPS coordinate, etc.) and it elicits an immediate (real time) response that guides the hunter to the animal, it would be considered a violation of the Rules of Fair Chase and would prohibit that animal from being eligible for entry into the Pope and Young Club’s Records Program.”

Meanwhile, individual states are trying to figure out where they stand when it comes to regulating this technology. The use of transmitting trail cams during hunting season is currently prohibited to some extent in Montana, New Mexico, New Hampshire, and Alaska. Nevada prohibits the use of all trail cameras on public land between Aug. 1 and Dec. 31, and Arizona has enacted the strictest regulations nationwide by banning the use of all trail cameras for hunting year-round as of January 1, 2022.

With Utah’s most recent rule change, trail cameras are now regulated to some extent across most of the southwestern United States. This speaks to another important consideration in this controversial discussion, which is that some areas are perhaps more conducive to the use of trail cameras than others.

Opponents of trail cams in the greater Southwest argue that because of the limited amount of water in these states, big game animals living in the desert are generally more concentrated than animals in wetter, more forested environments. This dynamic has led to a proliferation of trail cameras around water sources, with some outfitters and private hunters placing dozens of individual cameras around the same small water source. Some proponents have made the argument that using cellular cameras this way could actually reduce hunters’ impacts on wildlife because hunters wouldn’t have to walk to these areas as frequently to check memory cards. The flip side of this argument is that scouting on foot and checking for sign is simply part of hunting.

But this cut-and-dried line of logic starts to fall apart when we place trail cameras in a Midwestern context, where whitetails have plenty of water and food sources at their disposal, and where hunters use these devices to carefully monitor a specific animal that might be moving from one tract of private land to another over the course of a season. And what about states like Idaho and Alaska, where hunters have to travel farther afield—and often through more pressured terrain on public land—just to install and monitor one specific trail camera? Are these hunters getting as big of a leg up as their desert-dwelling counterparts?

Where hunters decide to draw the line—and whether that line is fixed or flexible— will continue to be an important ethical consideration as hunting-related technologies advance, and as state game agencies around the country do their best to keep up with the times and regulate accordingly.