Oregon Refuge Takeover Defendants Convicted This Time A federal jury has leveled felony convictions on defendants involved in the 2016... 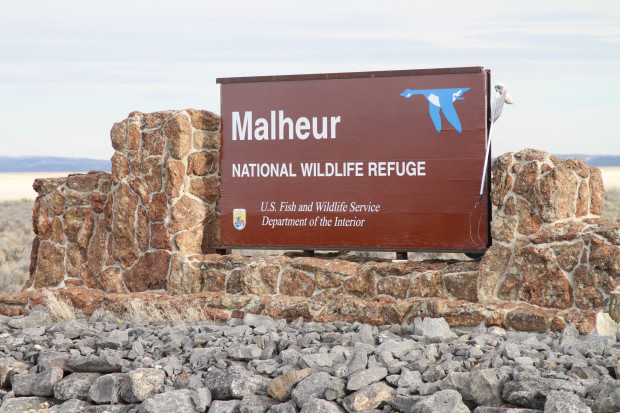 A federal jury has leveled felony convictions on defendants involved in the 2016 takeover of the Malheur National Wildlife Refuge in Oregon.

According to the Associated Press, convictions were as follows:

The trial was in sharp contrast to the courtroom drama in 2016, when brothers Ryan and Ammond Bundy and other leaders of the takeover were also charged with conspiracy to take over the refuge and prevent the federal workers from doing their jobs, but were acquitted on all charges. Those blanket acquittals seemed to take even them by surprise.

The Bundy brothers are not out of trouble yet, though. They are currently in federal custody in Nevada, where they are standing trial with their father, Cliven. They are on trial there for an armed standoff with federal Bureau of Land Management rangers and other police in a long-running dispute over grazing and grazing fees on public land in the Nevada desert back in 2014. That trial is underway in Las Vegas.

Utah Congressman Rob Bishop is putting your money where his mouth is, asking Congress to carve out $50 million to finance the sale of public lands.

Bishop is a longtime critic of national forests, Bureau of Land Management and other lands in America’s public estate. And as chairman of the House Natural Resources Committee, he has outsized power to influence the future of America’s 640 million acres of public lands, and thus the future of hunting and fishing in America.

According to this report in the Hill, Bishop asked House Budget Committee to set aside the $50 million to account for the costs behind disposal of public lands. Bishop says states and local communities will benefit from handing those lands to state control.

“To allow for these conveyances to start immediately, we ask for you to build $50 million into the budget to cover possible impacts to offsetting receipts,” Bishop wrote to Congressional budget writers.

Bishop’s critics say that states would be forced to raise local taxes to pay for firefighting and other management tasks. Since raising taxes is always unpopular, critics say those lands will be sold to private hands.

Bishop did not specify any lands to be targeted for liquidation. Earlier this year, Rep. Jason Chaffetz, also a Utah Republican, introduced a controversial bill that targeted 3 million acres for disposal, but withdrew support after a sportsmen’s outcry. Meanwhile Sec. of Interior Ryan Zinke took office after winning Senate approval. Zinke has testified he opposes the public land transfer, choosing rather to focus on improving management of those lands.

Sportsmen from across the Gem State were among the estimated 2,600 Idahoans who showed up on the steps of the state capitol building in Boise with one message: Keep public lands in public hands.

“What I saw on Saturday was, first and foremost, Idahoans with a passion for all things outdoors, said Michael Gibson, of Trout Unlimited. “There were anglers, hunters, hikers, mountain bikers, horse packers and yes motorized enthusiasts all coming together for a common cause.”

Several state legislatures around the West are considering legislation intended to clear a path for states to take over national forests and other public lands. Some of those legislatures have also seen rafter-rocking rallies of sportsmen and other outdoors enthusiasts dead set against public land transfer.

Estimating the size of a crowd is always a bit of a guessing game. Organizers of the Boise event say their conservative-end estimate was 2,500. If so, that’s the high mark for pro-public land rallies so far in 2017. An estimated 1,500 folks rallied in Helena, Mont., and several hundred showed up in Santa Fe, New Mexico, all to support public land and protest efforts to take them away from the American people.

Ever wonder why the western United States and Alaska have so darned much public land in the first place? Why does Texas have virtually no public land, while Idaho and Nevada have so much?

The tidiest answer I have seen to this question comes from Keep It Public, an affiliation of outdoor enthusiasts, hunters, anglers and hikers, led by Greg Blascovich, an avid hunter himself. Keep It Public is dedicated to keeping public lands in public hands.

The video boils down the history of westward expansion from 1801-2017. The maps show how the Louisiana Purchase, the Mexican-American War, and the Seward’s Folly (the purchase of Alaska from Russia) help build America to its current landmass. Over 200 years, much of that land was distributed to homesteaders, railroads, corporations and newly minted states. But much of what remains are today’s rugged, remote and arid western public lands.

America’s public lands provide habitat for scores of big game and fish species and most of it is free for the public to roam. That is not by accident. This video will help folks appreciate the history that put that lands into the hands of the American people.