4 Reasons to Own a Thermal Vision Scope

Unlike night-vision scopes that only operate in darkness, thermal scopes can cut through daylight and take your scouting and hunting to a whole new level. 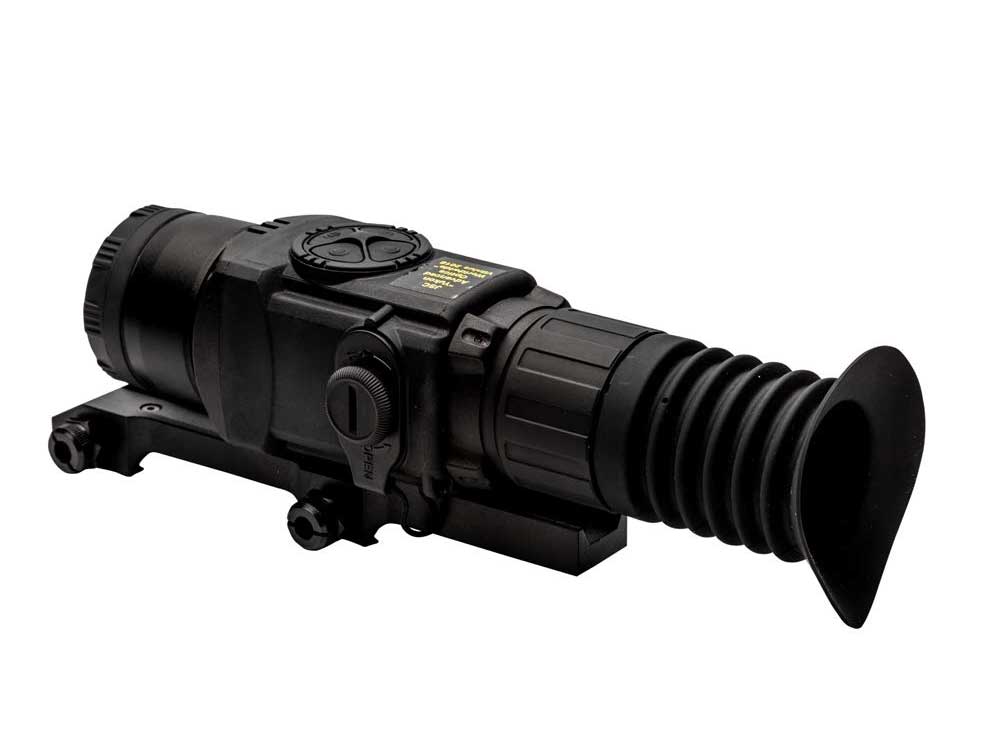 The first generations of night vision technology relied on condenser tubes that gathered and amplified ambient light to form a picture. But it required that there be some sort of light to amplify, be it moonlight or stray rays from a distant city, so on a moonless, cloudless night, the devices were more or less useless. But a relatively new technology, thermal imaging, has taken night vision into the next century. Here are few things you should think about if you’re hoping to upgrade your night vision tools anytime soon.

Unlike night vision, thermal imaging devices don’t require any light to function. Instead, thermal imagers detect subtle changes in temperature and use those minute differences to form a picture. Everything, be it a deer or a rock, emits some thermal energy, which the sophisticated sensors turn into a vibrant image. The sensors in a thermal imager can detect differences as little as 0.01 of a degree, making it possible to tell if a set of tracks is fresh. It can even help pick up the tiniest blood drops when tracking a freshly shot deer.

Because it’s reading temperature differences, thermal imagers can “see through” certain impediments that would otherwise screen your vision. Don’t expect your new thermal unit to allow you to scan through concrete like some sort of superhero, but you will see a coyote skulking through a patch of tall goldenrod. Smoke and fog are no match for thermal units either, so if you pilot a boat through a foggy sound with some frequency consider them both visual aids.

Not Just for Scouting

Though it experimented with night vision technology as far back as World War II, the United States Army debuted night-capable riflescopes in a meaningful way during the Vietnam conflict when they issued the “starlight scope” to snipers and perimeter guards. Those scopes weren’t known for accuracy, as they relied on a mechanical zero that entailed moving the entire six-pound unit to adjust the crosshairs. Modern units are decidedly more svelte, and the thermal cores provide much better imaging. Accuracy is greatly improved, and one can sight-in many units with only a single shot.

Use It During the Day

Thermal imagers take night vision into the day. Because they use temperature instead of light, you’ll get the same image whether you’re in full sun or the darkest night. This means you don’t have to swap optics and potentially lose your zero if you want to hit the range or do some daytime predator calling.