All you need is a license, a shotgun, and a sense of adventure 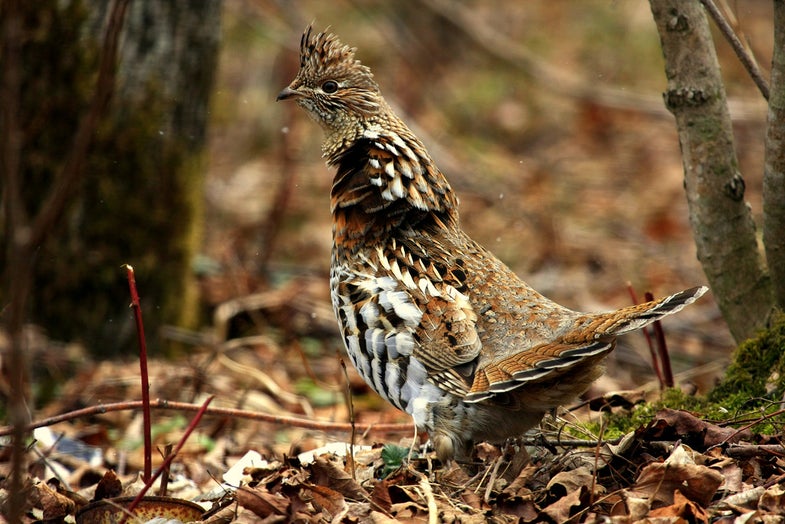 When it comes to public land, big game (mule deer, elk, bighorn, and the like) dominate the headlines and cover photos. But public lands, particularly national forest and Bureau of Land Management properties, offer hundreds of millions of acres of upland bird hunting.

There’s something special about working cornrows for pheasants or joining friends in a stubble field for doves, but here are some equally wonderful examples of both native and exotic upland birds that thrive on our public lands. Hunters need only a valid hunting license, a shotgun and an adventuresome spirit to pursue them. Here are some examples. 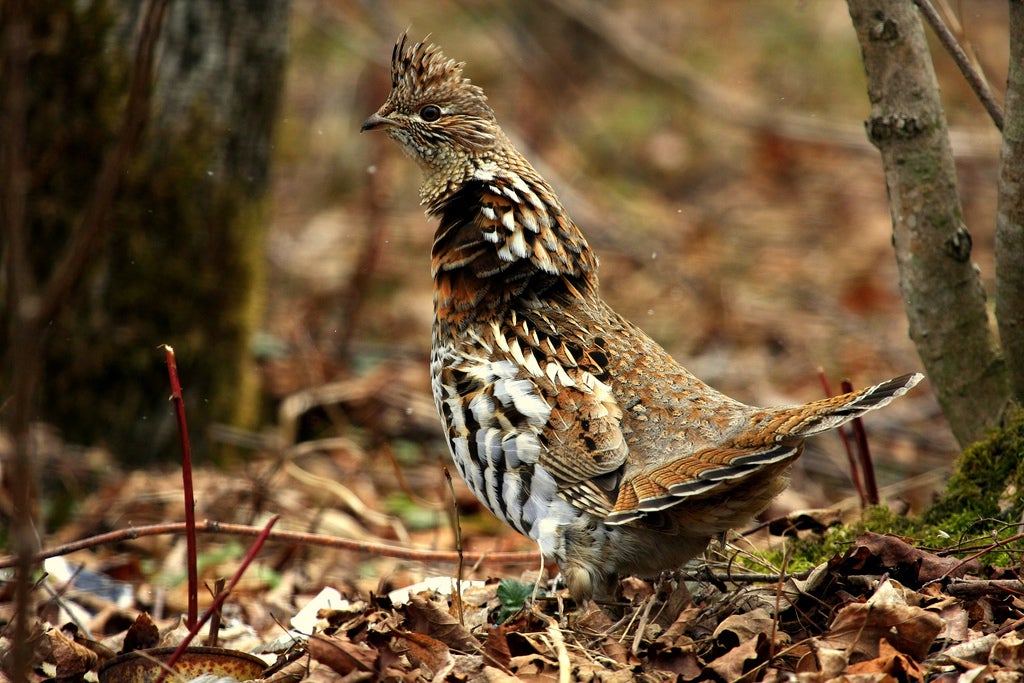 A ruffie in the hardwoods.

Ruffed grouse From New England to the Upper Midwest to the Rocky Mountains to the willow lands of Alaska, ruffed grouse are a favorite for those of us fond of pointing dogs and autumn colors. Ruffies are often found in early-succession forests, so look near recently logged or burned areas with good water sources. Out West, ruffies are commonly associated with quaking aspen. 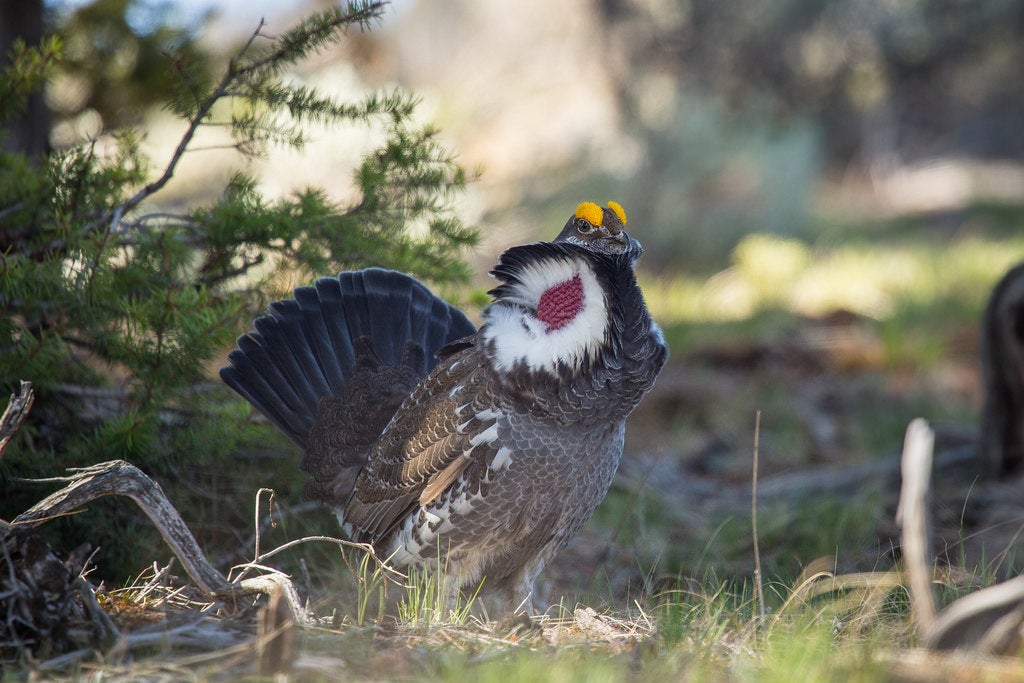 Formerly known as blue grouse, these are now considered two distinct breeds. Either way, they tend to be found in mountains, often at or above timber line of the Rockies and the Cascades. They are great eating and are the largest of America’s forest grouse. In Alaska’s Tongass National Forest, duskies can even be hunted during the spring “hooting” season. 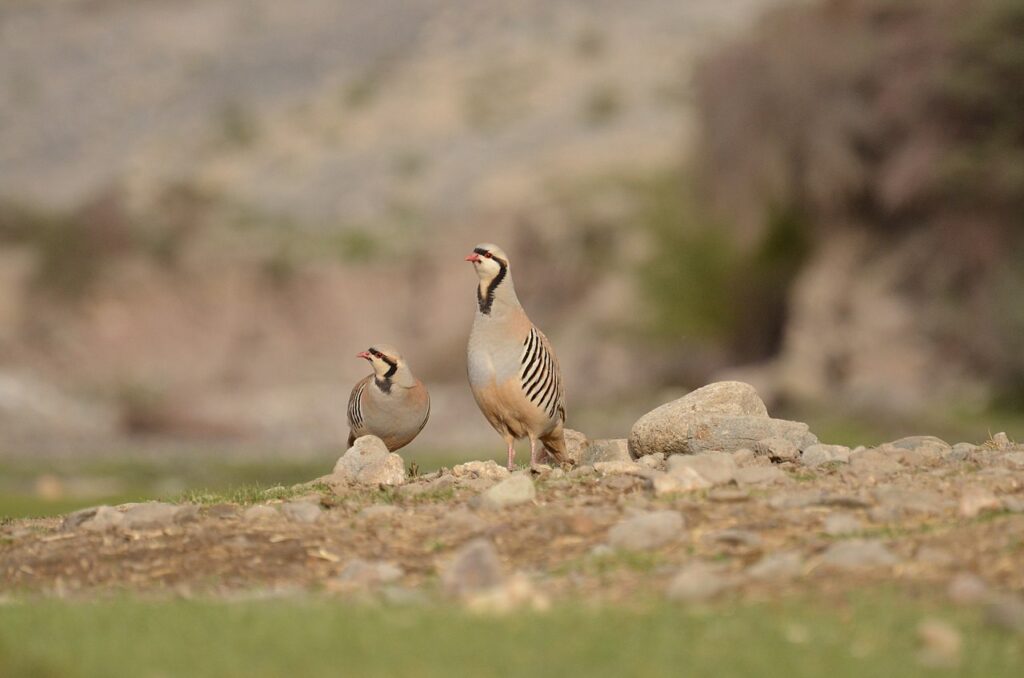 A pair of chukar partridge.

You will probably never work harder for your shooting than hunting redlegs. These imports from Eurasia have taken to the dry grasslands and canyons of the West, particularly Oregon, Idaho, Nevada and Wyoming. Hunting seasons extend well into winter when coveys can include dozens of birds. No wonder chukar hunting has become something of a cult. 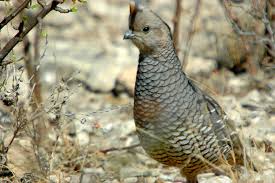 A scaled quail in Arizona.

Arizona is home to lovely, sporty quail species that are found few other places: Scaled quail, Mearn’s quail, along with the more widespread Gambel’s quail. These offer colorful variety for local hunters and “snowbird” wingshooters who enjoy late winter sunshine as much as extending their hunting season. 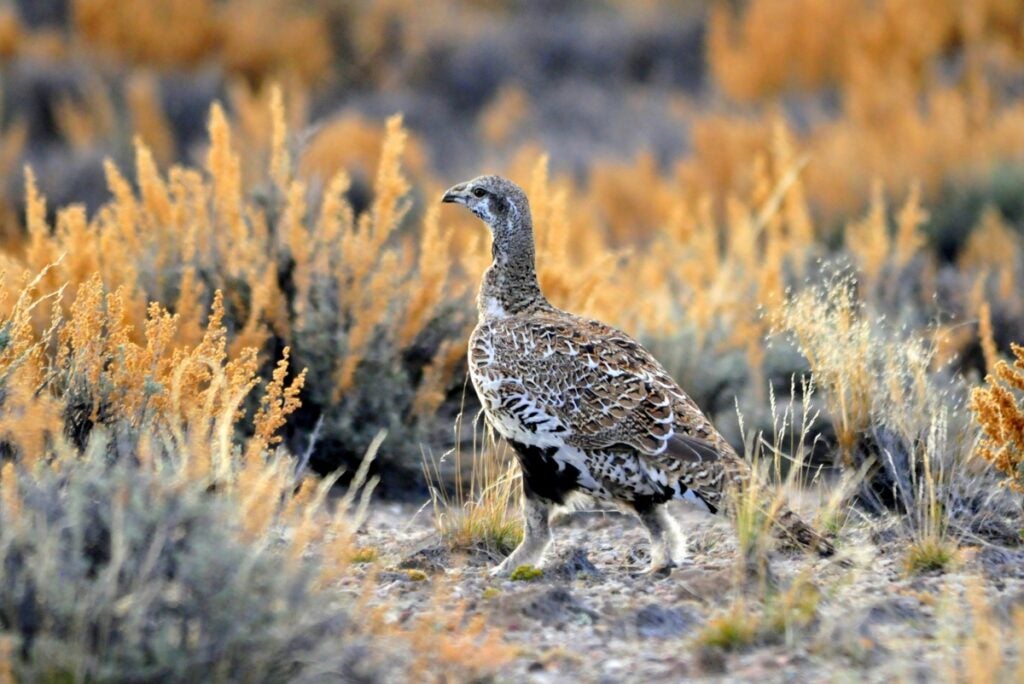 A sage grouse walks across the prairie.

These are North America’s largest grouse species, sometimes called “grey bombers.” They depend on the sagebrush country of the Great Basin and fringes of the Great Plains. Sage grouse numbers have declined with the loss of sagebrush-steppe habitat, but several western states still have huntable populations and sportsmen are among the leaders in restoration efforts. 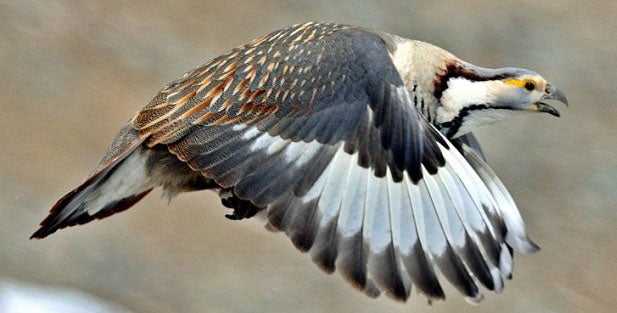 A Himalayan snowcock in Nevada.

Here’s an oddball for your bucket list. This is a relative of the pheasant that is native to the highest peaks of Asia. Back in the 1960s, these birds were introduced in alpine reaches of the Ruby Mountains of the Humboldt-Toiyabe National Forest in Nevada. Bird hunters and bird-watchers pursue this bird mostly for the novelty and adventure at elevations approaching 10,000 feet above sea level.