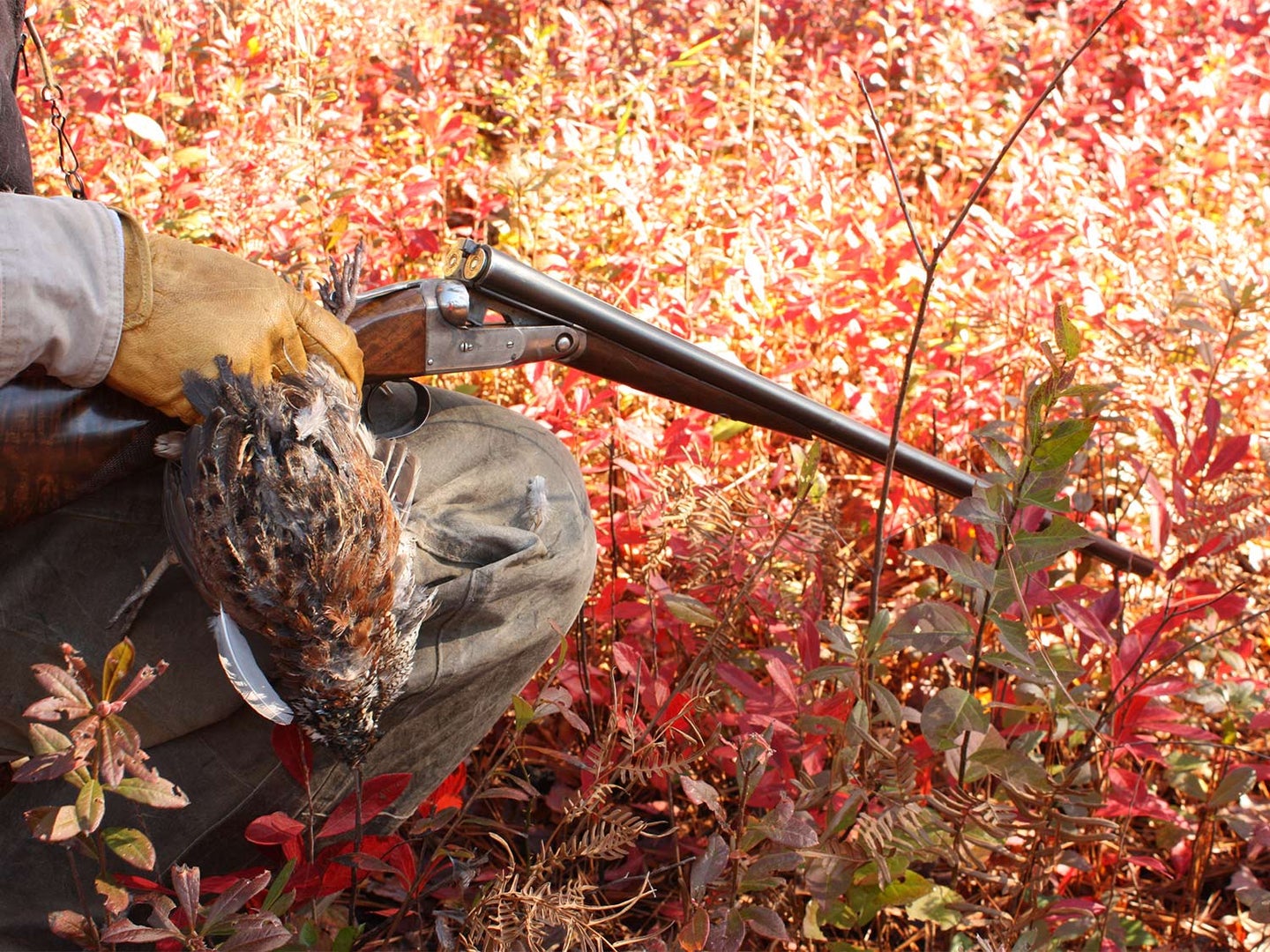 Quail, woodcock, and snipe can be harvested with any gauge. Lighter loads make the difference. Tom Keer
SHARE

In my younger days, my buddies and I always went to a bar after work. Every now and then we’d get into arguments with a bar fly—from politics to our favorite bird gun—and suddenly were all in a fight. If none of us got thrown out, then we’d all shake hands, pull up a chair, and have another drink. These days, those fights still happen, but they’re on social media—and they never seem to end well. Last fall, I saw a basic question go sideways. Someone asked, “What gauge shotgun should you use on grouse and woodcock?”

The initial responses were mundane, and tame. Some suggested a 20-gauge, others a 28 or even .410. Things heated up when someone chimed in about a 16-gauge, but heavens to Betsey did it pour over when someone mentioned they shot a 12: “How can anyone use a 12-gauge cannon for a such a small bird?” Venom spewed, and everyone got hacked off.

The truth is that the gauge of the gun you are shooting doesn’t make a difference. Shot size, the charge weight of the shotshell you are shooting, and how the shotgun is choked are what matter. This is going to get technical—and won’t have much application for a bird hunter who just wants to buy a box of upland shells off the shelf and get on with his life—buy I’ve been hand-loading my own shells for years and can tell you that shooting a grouse or woodcock with a 12-gauge is fine, as long as it is loaded with the proper ammo.

Do the Math, with Help from Reloaders

You can shoot woodcock with a 12-gauge and wild turkeys with a 28-gauge if you use the correct load. A picture is worth a thousand words, so take a look at the accompanying photo above of a box of 12-, 16-, 20-, and 28-gauge shells. Though their gauges are different, their payloads (the number of pellets in each shell) are identical. Here’s why.

So, if you’re shooting a ¾-ounce load of No. 8 shot at grouse or woodcock in a 12-gauge, it’s the same as if you were shooting either of those birds with a 28-gauge, so long as the shot size and weight of the shotshell are the same. If the social media jockeys asked about loads and not gauges, then everyone on that thread could have cracked a beer and had a good time.

RELATED: Rise of the Sub-Gauges: Why Small-Bore Shotguns Are Making a Comeback

Reloading reference recipes for shotshells are handy for this sort of situation. Below is a chart that breaks down the number of lead pellets per shell by size and by weight. Pick your ounces, pick your shot size, and the number of pellets are the same regardless of the gauge you shoot. Take the first line of the graph: a 2 ¾-inch 1/2-ounce (14.17 grams) load of No. 9 shot lead results in 292 pellets, no matter what gauge it’s chambered for.

Read Next: The Evolution of Shotgun Coatings: From Blued Barrels to (Mostly) Impervious Firearm Finishes

Now, I assume the folks who were arguing over woodcock and grouse gauges in the comments were thinking in terms of standard/factory loads. Standard loads are different than hand-loaded shotshells. So here’s the gauge, load in ounces, and the number of No. 8 pellets in a standard load. The larger bores have larger payloads, which is why they’d be viewed as overkill for the small birds.

Reloaders created custom specialty shotshells that used to be the envy of wingshooters. But now there are a lot of different factory loads available to shooters. They’re efficient, so much so that the trend to shoot smaller gauges has been increasing for years. Shooters can change their loads to suit their bird of choice, and they’re quickly overcoming the stigma that smaller gauges mean they’re under-gunned. The 28-gauge in particular is enjoying increased popularity among upland and green-timber duck hunters because they’re packed with performance and accuracy. Just ask Lars Jacob of Lars Jacob Wingshooting, he’s been a proponent of the 28 for years.

“When my customers pick up a 28-gauge shell they look at its diminutive size and shake their heads,” Jacob says. “But once they shoot one they realize that they’re not under-gunned at all. There are good reasons for shooting smaller-gauge guns. Twenty-eight gauges are built on small frames, so they’re light. Since they weigh under 6 pounds, hunters can carry them all day long. Their recoil is less, and that means shooters don’t tire as easily as they do when shooting magnum loads. The better question is, why not shoot a smaller gauge for all birds?

Wingshooting is a dynamic sport, and wild birds are hard to hit. And hitting is different than killing. But inside 35 yards birds are very easy to kill when you do hit them.

“One look at a woodcock, snipe, or quail’s plumage, and you’ll see light feathers,” says Jacobs. “A clean, ethical kill requires only several pellets. Birds like wild pheasant or chukar are more robust. They have thicker feathers, so more pellets are generally required. Waterfowl have the heaviest feathers, so even more pellets are required to kill them than other gamebirds. But [the difference in] what’s required to kill any of these birds pales in comparison to big game like elk, whitetail, or mule deer. Vary your shot size with larger pellets for larger birds.”

If you deliver a good pattern at the distance you plan to shoot birds, then you’ll make clean kills.

“I’ve killed wild turkey, early-season wood ducks, and teal [with my 28-gauge] just as I kill grouse, quail, or woodcock. The key is that the birds have to be in the range that matches your load and choke. Gauge and load work together as a team.”

Read Next: Are Today’s New Hunting Shotguns Really Worth the Price? Here Are 4 Used (and Cheaper) Models to Consider

Choosing the appropriate choke(s) is important. To arrive at the proper choke selection, first you have know what range you will be shooting birds at. Don’t worry too much about things you can’t control, like head winds that slow birds or tail winds that speed up their flight. You just need to be in the zone. Here’s a quick outline to help you make your selections. First shots are the closest, so use a more open choke in your first barrel if you shoot a double gun. Second shots are farther away, so a tighter choke is required..

Improved Cylinder: A 40-inch spread at about 30 yards.

There are a lot of different loads on the market, and that makes shooting any bird with any gauge possible. Gauges and loads work together for success, so focus on your load more than the gauge of the gun you’re carrying.