Step Up Your Survival Skills with a Blacksmithing Class 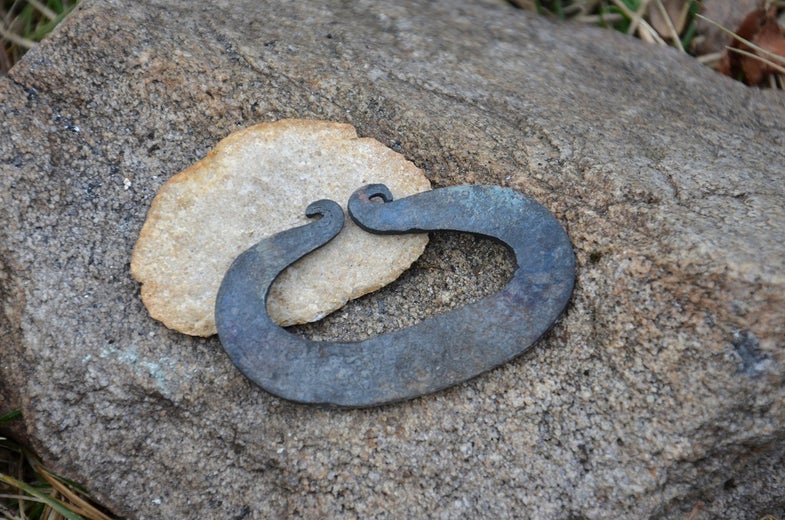 It all sounds pretty simple: Just grab some high carbon steel, forge it into a “C” shape, heat it until it’s orange and scaly, then immediately quench it in oil. Those are the basics of making your own striker for true flint and steel fire starting. I have done this successfully in the backyard. But I wanted to go deeper down the rabbit hole, because nothing is ever as simple as it seems. After prowling the web for blacksmith classes, I found a blacksmithing school in my home state of Virginia, aptly named the Virginia Institute of Blacksmithing. I also found that they had an upcoming class that not only showed you the basics of blacksmithing, but also showed you how to make your own flint strikers. That was all I needed to see. A few clicks later, I was registered.

After playing Speed Racer on the interstate for a few hours, I found a timeworn warehouse complex, and a door with a massive red anvil out front. I walked into the forge, met a few fellow students, and met the class instructor, Dale Morse. Dale is a friendly man, prone to humor and explaining things in a way that anyone could understand. He has a glint in his eye that suggests he’s in on some secrets, tricks of the trade that I would hopefully someday come to know. Two things were obvious within the first fifteen minutes of class. First, I was in the right place to learn to move the black metal. And second, these folks really knew what they were doing.

As the morning flew by, I learned how to light my own coal forge, how to stay safe around the fire, and so much more. The class forged large cooking tripods and the first part of an adjustable cooking hook (trammel) on day-one. We finished the trammel and began our final project on day-two. One other student and I elected for flint and steel strikers, while many other classmates chose to make a steel spoon. Despite the fact that we were the class minority, Dale showed us striker guys many tricks and tips (while skillfully keeping an eye on all the other projects). After quenching, my striker worked beautifully. But that wasn’t the best part. I had a great time at the class! I’ll be back to the Virginia Institute of Blacksmithing as soon as I can. It was an exemplary experience in learning, and one that I’d recommend to anyone who wants to learn the secrets of steel.