After a Colorado Woman Was Killed in an Apparent Black Bear Attack, Authorities Locate Human Remains in Two Bears 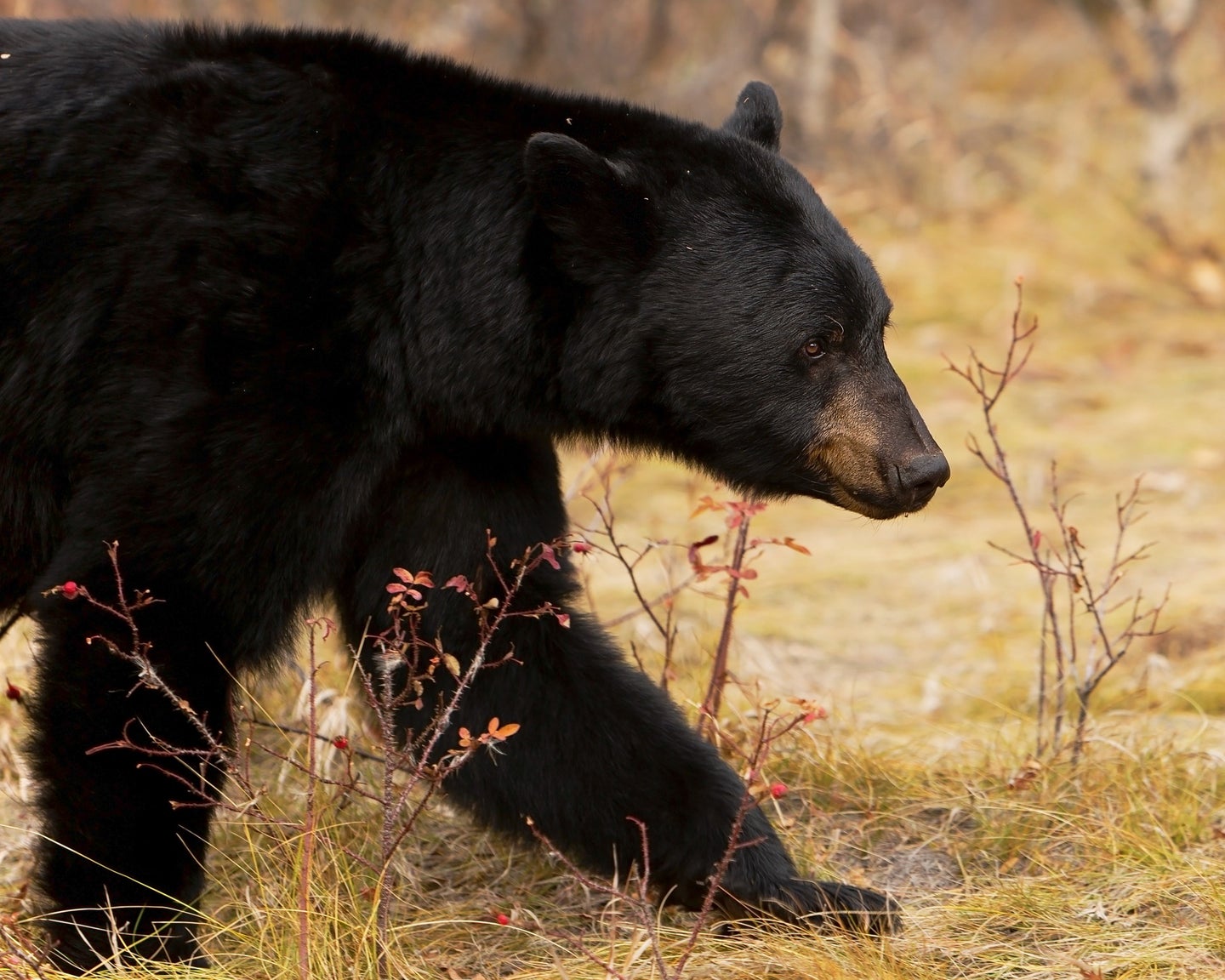 A sow black bear has attacked and killed a woman in Colorado. Pixabay
SHARE

A 39-year-old woman was mauled by a 204-pound black bear sow in Southwest Colorado on Friday. The woman had been walking her dogs near her home in La Plata County, according to officials. When the victim’s boyfriend returned home that evening, he found their two dogs outside of the home. An hour later, he located her body just off of Highway 550 near Trimble, Colorado.

Bear scat and hair were found at the scene. After the incident, CPW called in a U.S. Department of Agriculture Wildlife Services dog team. The dogs tracked and treed the sow, as well as two yearlings, and CPW employees euthanized the bears. A recent necropsy showed that human remains were found in the intestines of the sow, as well as one of the yearlings.

“There’s no way for us to know the why or how this encounter took place, because there were no witnesses,” says Jason Clay, the Colorado Parks and Wildlife public information officer for the northeast region. “It’s extremely tragic.”

Fatal black bear attacks are extraordinarily rare. The last fatal attack in Colorado occurred in 2009, when a woman was killed and later determined to have been illegally feeding bears. The bears involved in Friday’s attack appeared to be in good health, though test results for diseases such as rabies won’t come back for several weeks.

“Bears can be very opportunistic when a food source is available,” says Clay, noting that the attack came after a long period of hibernation when black bears typically lose 20 to 27 percent of their body fat. “Bears are becoming active and are looking for food sources. A lot of the early-season food sources are grasses that are starting to green up and aspen buds.”

Clay adds that other sources of food for black bears include trash, pet food, and bird feeders.

“Bears use humans as a crutch with the attractants that we don’t properly secure.”

Based on an inspection of the sow’s teeth, the bear was believed to be at least 10 years old. She was not known to be involved in any previous incidents that CPW is aware of. The yearlings were 58 and 66 pounds each. Cubs typically stay with their mothers for about a year and a half before dispersing, and sows tend to act more aggressively when their cubs are around.

Colorado sustains a state-wide population of black bears between 17,000 to 20,000 animals. The bear population is growing in certain areas, though CPW wasn’t able confirm whether La Plata County was one such place. Clay also adds that that Colorado’s human population is growing, too, which is bound to lead to more encounters with wildlife.

CPW’s wildlife management policies are established with science in mind. Biologists make recommendations about how many hunting tags to issues, which are then confirmed by the organization’s commission. During this process, biologists do consider the “social capacity” of a landscape, which means balancing a landscape’s carrying capacity with the potential impact of certain animals on human society.

Read Next: “Woah Bear, Get Outta Here.” How to Talk Your Way Out of a Dangerous Wildlife Encounter

Black bears are not usually aggressive towards humans and are considered less dangerous than grizzlies. Even so, CPW advises taking safety precautions and be “Bear Aware” whenever you are in bear country. Do not intentionally or inadvertently feed wildlife.

“Food-conditioned bears, or habituated bears, looking for an easy handout such as your backyard bird feeder, can develop aggressive and dangerous behavior,” said CPW Southwest region manager Cory Chick in the CPW press release. “For these bears, humans become an inconvenience when we are in the way of the food the bear is seeking. They are no longer fearful, and this is behavior we cannot allow.”