Stock Up on these Overlooked, Old-School Trout Flies 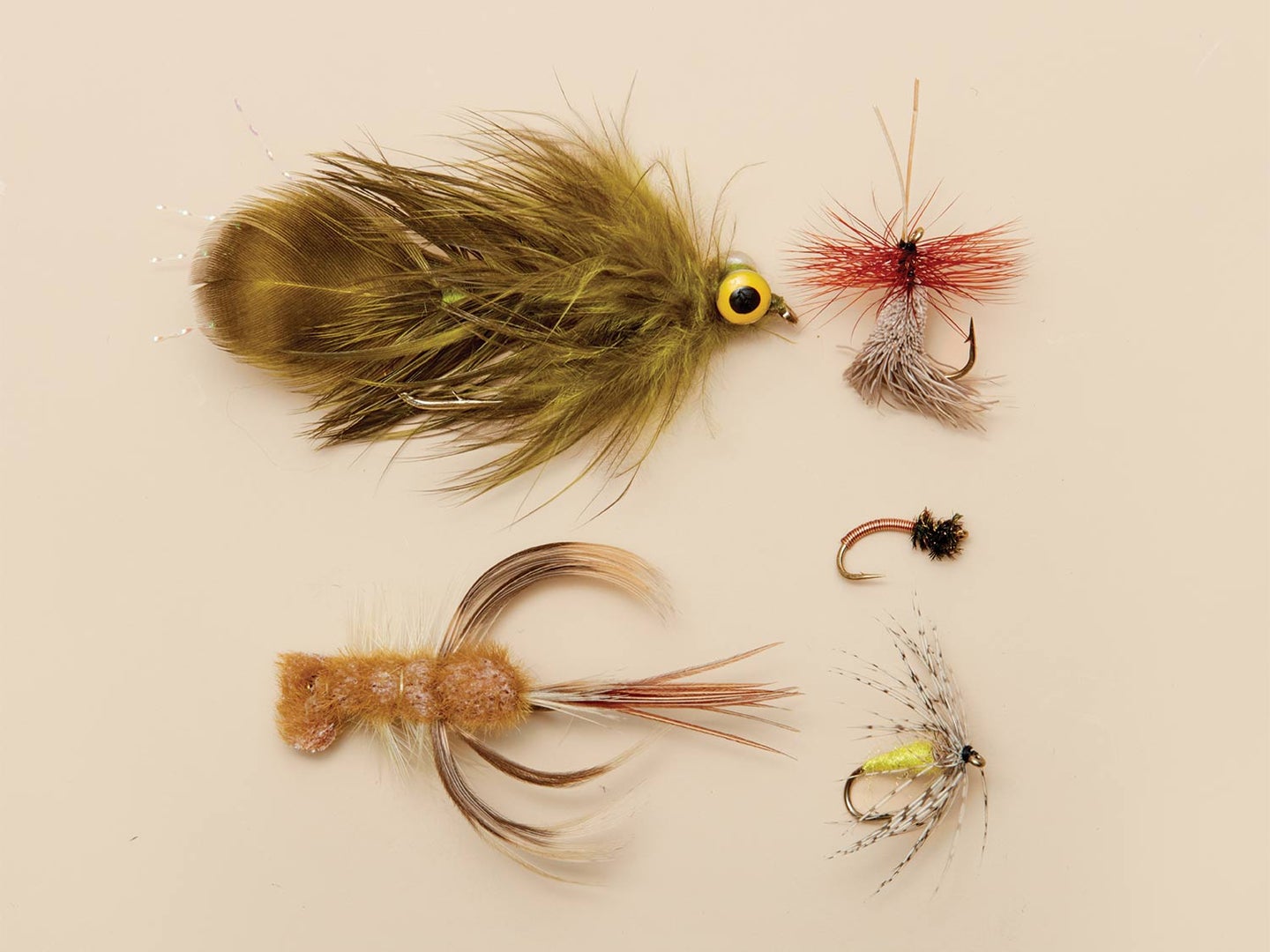 Evolution is a slow process. We tend to believe that the trout swimming in our rivers now are smarter than the ones that were swimming there 25 or even 100 years ago, but the truth is they’ll eat the same flies they did back then. Thanks to modern synthetic materials and flashy new patterns, a lot of the old stuff has lost its rightful place in fly boxes. But sometimes those forgotten gems save the day, or crush more fish than the latest and greatest bug. So, this winter, when you’ve topped off your scotch after shoveling snow and you sit down at the vise, consider spinning up these five old-school killers. You’ll be happy you did come spring.

Legend has it that Dave Whitlock once told Lefty Kreh, “You can use this fly, but you can never write about it.” Fortunately, the secret is long out, so I’m safe giving it some ink. Large streamers delivered on sinking lines are all the rage these days, and some in the meat-stripping crowd may find it hard to believe that sometimes smaller is much more potent. The Near Nuff doesn’t have a lot of body, and it’s weighted with small lead eyes, so it gets down fast with little resistance. Whether you’re on a big Western river or meandering spring creek, if fishing gets slow, give this morsel a dredge. No, you don’t need a sinking line, and yes, it will cast just fine on your 5-weight.

John Goddard and Clive Henry developed the G&H Sedge pattern in England in the early 1960s. Here in the States, we simply call it the Goddard Caddis. And in its heyday, many even referred to it as the “Godlike Caddis.” There was a good reason for that. You can tie or buy the Goddard in a wide range of sizes, and it’ll match everything from small terrestrials to caddisflies to midsize golden stoneflies. One of my favorite attributes of this pattern is that its spun-deer-hair body makes it float like a cork. You can drift smaller Goddards in heavy chop without them sinking, and you can even use them as the indicator in a dry-dropper rig. Tied in all black, they are absolutely deadly.

The Brassie was developed by accident. Anglers Gene Lynch, Ken Chandler, and Tug Davenport were fishing the South Platte and noticed they were catching more trout on nymphs that had been chewed so badly, all the brass wire used to weight the core was exposed. While the brassie is an extremely simple pattern, it resembles some of the most abundant trout food sources across the country—namely midge larvae, caddis larvae, and caddis pupa. For a tiny fly, the Brassie also gets down quickly, and its flash helps make it visible to trout, even in deeper runs. You can tie a Brassie with a bead head or in a plethora of colors, but the classic combo of brass wire and peacock hurl has long proven its lethality.

The Partridge and Yellow was popular in England well before it ended up on American trout streams. What put it here was Sylvester Nemes’ book, The Soft-Hackled Fly, published in the 1970s. Of all the fly styles on the market, soft hackles arguably remain the most underutilized in the States. With a yellow silk body, small thorax of beaver dubbing, and sparse Hungarian partridge hackle, the Partridge and Yellow is easy to whip up on the vise. Fish one by itself on the swing, letting it ride just below the surface through feeding lanes, and hang on tight. You can also fish one in tandem with a nymph to get it deeper, or try dropping one behind a dry fly during a sulphur hatch.

Bob Clouser’s minnow is easily one of the most used and recognized flies ever tied for fresh- and saltwater, but don’t forget about his crayfish. Though it was originally designed for smallmouths on his home water—the Susquehanna River in Pennsylvania—the Clouser Crayfish is a secret weapon for some sneaky trout guides across the country. You can fish it on the bottom of a tandem nymph rig, or strip it through deep holes just as you would a sculpin pattern. Crayfish are often overlooked as a trout food source, but big browns and rainbows munch them. Clouser’s version has a soft back and smaller profile, which are ideal for trout, whereas some bass-oriented crayfish patterns are bigger and bulkier.