The Archon Type B is Not Just Another Plastic 9mm

This pistol has distinctive features that separate it from the crowd of polymer-framed, striker-fired handguns 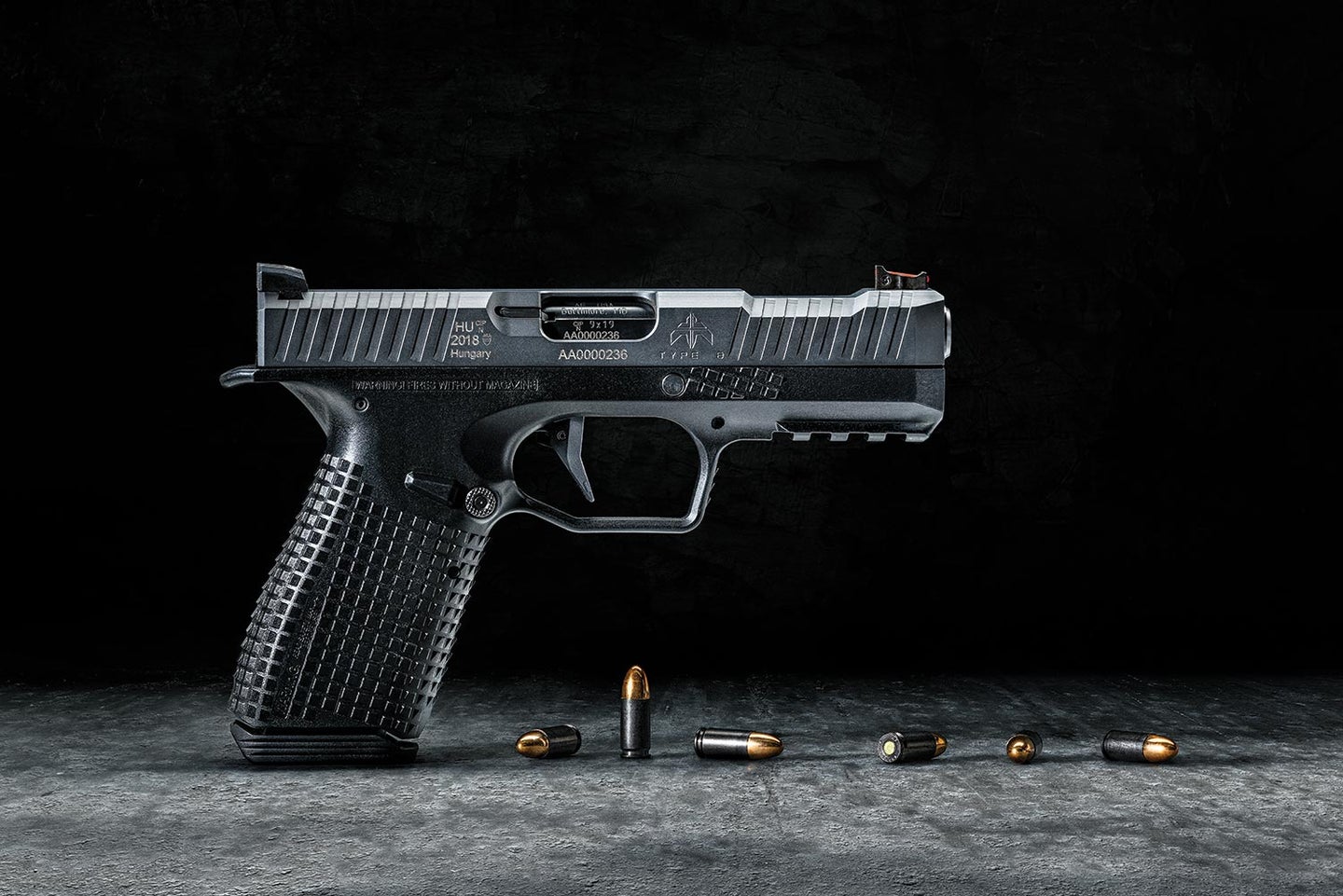 The Archon Type B has an appealing Cyberpunk design aesthetic. Bill Buckley
SHARE

The company that makes this pistol takes its name from the rulers of ancient Greece—the chief magistrates of Athens and other city-states were known as Archons. That name strikes a romantic chord, though the effect is somewhat dulled by the pedestrian moniker Type B. Instead, this pistol should have been called the Phoenix. This would have been in keeping with both Greek history and mythology, as well as an apt description of this 9mm’s history.

The origins of the Type B go back to 2012, when Russian armed forces announced they were adopting a new pistol called the Strizh, which was being built by Arsenal Firearms. That pistol was also referred to as the Strike One back then, but it first appeared in the U.S. market at the 2016 SHOT Show, where it had been rebranded as the PMG Stryk.

It garnered a lot of initial interest but didn’t get off the ground, which was too bad because in a world awash with polymer-framed, striker-fired pistols, this one has some distinctive features that separate it from the crowd.

Thankfully, it’s reappeared, reborn from the ashes as it were, as the Type B you see here.

Looking at this German-made pistol, the first thing that pops out is the low bore-axis height, which is the distance between the top of the grip and the center line of the barrel.

Primary benefits of this are improved recoil management and reduced muzzle flip, because the force of the recoil is driven more directly rearward into the hand. And indeed, when shooting rapid-fire shot strings, the pistol’s front fiber-optic bead sight snaps back into view quickly.

A couple of key innovations make the low bore-axis height possible. When the gun is field-stripped, you’ll note the striker system is oriented horizontally rather than vertically, trimming critical millimeters from the thickness of the mechanism. Just compare it to a Glock or other striker-fired pistol, and you’ll see the difference.

More interesting, however, is the pistol’s locking system. Rather than a traditional Browning-­type tilt-barrel lockup, the Archon uses what the company calls the AF-Speedlock. It is a Y-shaped piece of metal that cradles the barrel just in front of the chamber. Small wings on both sides of the Y lock the barrel and slide together when the pistol is in battery. When the pistol is fired, the Y drops ever so slightly (about 0.1 inch), which unlocks the little wings that then ride in slots machined into the slide, allowing the slide to move rearward under recoil and cycle the action.

This compact 0.1-inch vertical movement of the AF-Speedlock is the other thing that allows for the low bore-axis height.

This locking mechanism also keeps the barrel lined up nearly straight in the frame, which the company says enhances accuracy. For my part, I found the pistol to be quite accurate for a compact-size carry gun and had no issues engaging 6- and 8-inch plates quickly at 25 yards.

I put several hundred rounds through the pistol during my evaluation and never had any failures to fire, feed, or eject. All told, I tested the pistol with 10 different types of ammo, ranging from 65-grain ARX Inceptors to 147-grain Federal HSTs. Everything from premium JHP personal-protection rounds to cheap range ammo ran flawlessly.

I think two things in particular helped the pistol achieve this level of reliability. One is that the barrel hardly has any feed ramp to speak of. When loaded, the top round in the magazine is nearly in line with the chamber, making for easy feeding. Also, although the Type B is polymer-framed, it has full-length steel rails that the slide rides on, rather than the short metal pieces fore and aft that are common on other plastic guns. This extra steel adds rigidity to the system, which is important for reliable functioning.

Read Next: The Best New Pistols at SHOT Show 2020

The Type B has an aggressive grip texture on the frame that creates a solid connection between the pistol and the shooter’s hands. The pattern works well, except on the front of the grip, where a smaller stippling pattern would do a better job of keeping the pistol from moving around.

The pistol comes with four 15-round magazines, which is something other pistol-makers should emulate. Having two just isn’t enough.

Other standard features include a Picatinny-style accessory rail in front of the trigger guard, which is oversize to accommodate gloved hands. The magazine well is flared for smoother reloads.

With pistols of this type, we tend to focus so much on their utility and reliability that their aesthetics don’t get much attention. At the risk of appearing shallow, however, I have to compliment Archon on the pistol’s looks. Its futuristic lines and design elements, such as the angled flat-face trigger, impart a cool factor to the Type B that enhances its appeal and will help as it tries to make a second first impression on American shooters.