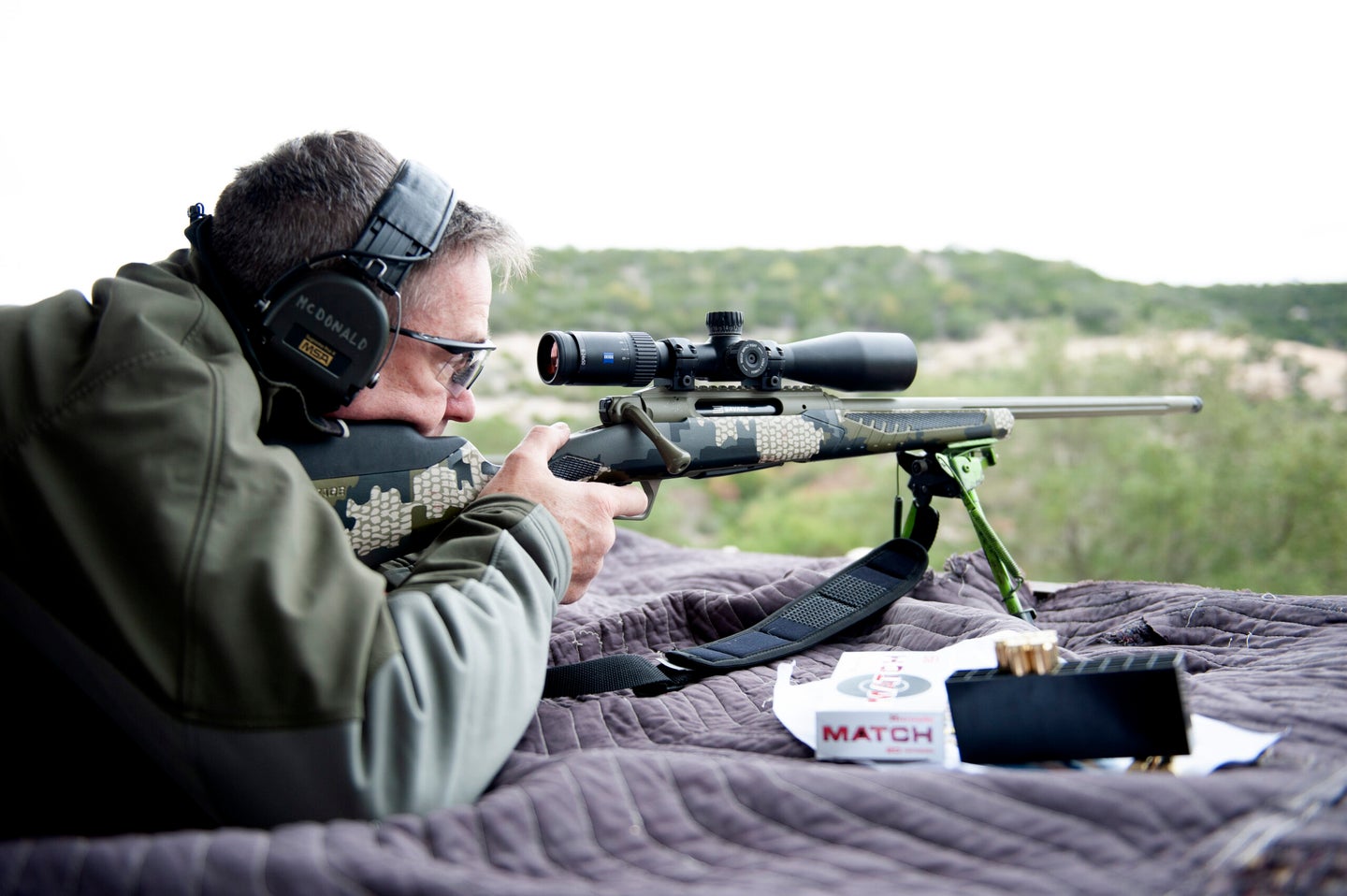 “It’s the hunter’s JOB to kill an animal instantly with the FIRST shot.”

So read the sign hanging in my cabin on the FTW Ranch in Texas, where I’d be spending the next two days testing Savage’s new Impulse rifle, a uniquely American take on the straight-pull design that’s been popular in Europe but, until now, had failed to take hold with American hunters.

This article isn’t about the ethics of long-range hunting, but it is about a very innovative hunting rifle that happens to be capable of the type of long-range precision usually reserved for significantly more expensive rifles, so I hope you’ll forgive me for leading with a reminder—but with great power comes great responsibility.

The long-range shooting trend has exploded over the past decade, making it much easier for hunters to acquire both the equipment and knowledge needed to regularly make shots that, only a decade ago, many would have dismissed out of hand as tall tales. It also makes it more likely that over-confident, under-trained shooters will attempt to make shots they shouldn’t.

As serious shooters know, pros spend more on training than they do on gear. Which, I assume, is at least one of the points Savage Arms wanted to make by inviting me and a few other writers to run their new baby hard under the salty tutelage of FTW’s main instructor, Doug Prichard, a retired 26-year veteran, Navy SEAL, and graduate of the USMC Scout/Sniper school.

Which brings us to the FTW Ranch itself—a 12,000-acre shooting facility in the beautiful mountains and rugged valleys of the South Texas Hill Country that includes 35 shooting bays, ranges out to 3,600 yards (they do military training here as well), charging dangerous-game targets, lateral moving targets, six drive-around field courses with steel and life-sized animal targets, accommodations for up to thirty guests, and a variety of shooting instruction courses from new hunter training to a four-day pre-Safari intensive. It’s the perfect place to make (or break) a new rifle.

Our adventure started the night before the course with Savage’s senior design engineer, Andy Sunseri, walking us through the technology and features in the Impulse rifle line. There’s a lot to unpack—13 pending patents worth in fact—but the keystone is that the Impulse is the first American-made straight-pull rifle and includes a unique feature set, locking mechanism, and price-point. Savage’s goal with this effort is, unsurprisingly, to make straight-pull rifles popular in the U.S. market. (Click here to see all the different models and specs.)

As mentioned, straight-pulls have been popular in Europe but never really caught on stateside, in part because they do not have as much extraction power as conventional rotational bolts and were more complex in design. Well, that was then, this is now, and the Impulse appears to have addressed any lingering concerns about extraction power or handling magnum loads, leaving us free to enjoy the primary benefit of straight-pulls—speed. A conventional bolt action requires four separate motions to cycle a round: Lift the handle up, pull back, push forward, push down to lock….but a straight-pull design only requires, well, a straight pull followed by a straight push.

This speed advantage became obvious when negotiating FTW’s moving target stations. It took just a few practice manipulations with the Impulse to get the hang of not having to lift and lower the bolt handle, but once that neural pathway had been established it was game on, making it possible to get an additional round or two off on every pass of the laterally moving targets, and providing a few crucial extra seconds to precisely place either heart or brain shots on the charging Cape buffalo and bull elephant targets. But you don’t have to have a safari in your future to make good use of those speed benefits: Clearing hogs, hunting predators, and practical precision rifle competitions are all activities where quick cycle times, maintaining the sight picture after the shot, and placing fast follow-up shots are keys to success.

After an initial classroom session covering ballistics, differences in telescopic optics, and usage of the pre-filled range cards FTW had provided each student, we headed to the 100-yard line to tweak scope placement and rifle fit before verifying our zeros. Assuming you have a rifle capable of repeatable precision, a key component to achieve accurate shot placement is to ensure that the shooter, rifle, and optic are properly fitted to each other. The Impulse accomplishes this with Savage’s AccuFit system, which is a fancy way of saying that it includes easily replaceable cheek risers and length-of-pull spacers, allowing you to dial in the rifle’s dimensions.

The Impulse also incorporates other accuracy-enhancing features we’re used to seeing in a Savage, including their AccuStock mini-chassis, user adjustable AccuTrigger, and button-rifled barrels assembled with a barrel lock nut. And according to senior design engineer, Andy Sunseri, the Impulse’s new Hexlock action design, which uses a robust roller-ball lockup mechanism, can safely and reliably handle the pressures of magnum cartridges—a fact I can confirm after spending two days a few feet from one classmate’s muzzle as he put more than 200 rounds of .300 Win Mag downrange. Though his Impulse came threaded from the factory for a muzzle brake, it had been left unbraked.

Lefties and compulsive tweakers will appreciate the Impulse’s ambidextrous controls and ability to transition the bolt handle to either side of the receiver and to alter the angle of the handle. An ergonomical release button allows the shooter to remove a live round if it has not been fired, and matched barrels and bolt heads should be available in the near future to allow home barrel replacements and caliber changes.

I wasn’t able to measure groups at the 100-yard line, but the view through the spotting scope confirmed that my 8.8-pound Impulse rifle chambered in 6.5 Creedmoor, and using Hornady’s excellent 140-grain ELD-Match ammunition, had no problem creating clover-leafed five-shot groups. But 100-yard groups are boring and only tell part of the story, so our next stop was a range with steel plates out to 1,400 yards. “Hit…hit…hit!” my spotter shouted out as I went three-for-three on a 3-inch plate at 700 yards. Not bad for a custom rifle with handloads—freaking outstanding for a factory rifle at half the price and shooting factory loads, and also a testament to FTW instructor Doug Prichard’s teaching and wind-calling abilities.

Now I have to admit that I’m a bit of a rifle snob and have been blessed to own tack drivers from builders such as GA Precision, Surgeon and Proof Research, so that said, I’m not stretching the truth to say that after two days and about 240 rounds, I was genuinely impressed with the accuracy of Savage’s Impulse rifle. And given its speed advantage, modularity, and starting suggested retail of $1,379, I’d say it represents a value for the precision hunter. As noted gun and hunting writer, Colonel Townsend Whelen (ret.), famously wrote, “Only accurate rifles are interesting.” The Savage Impulse is interesting.