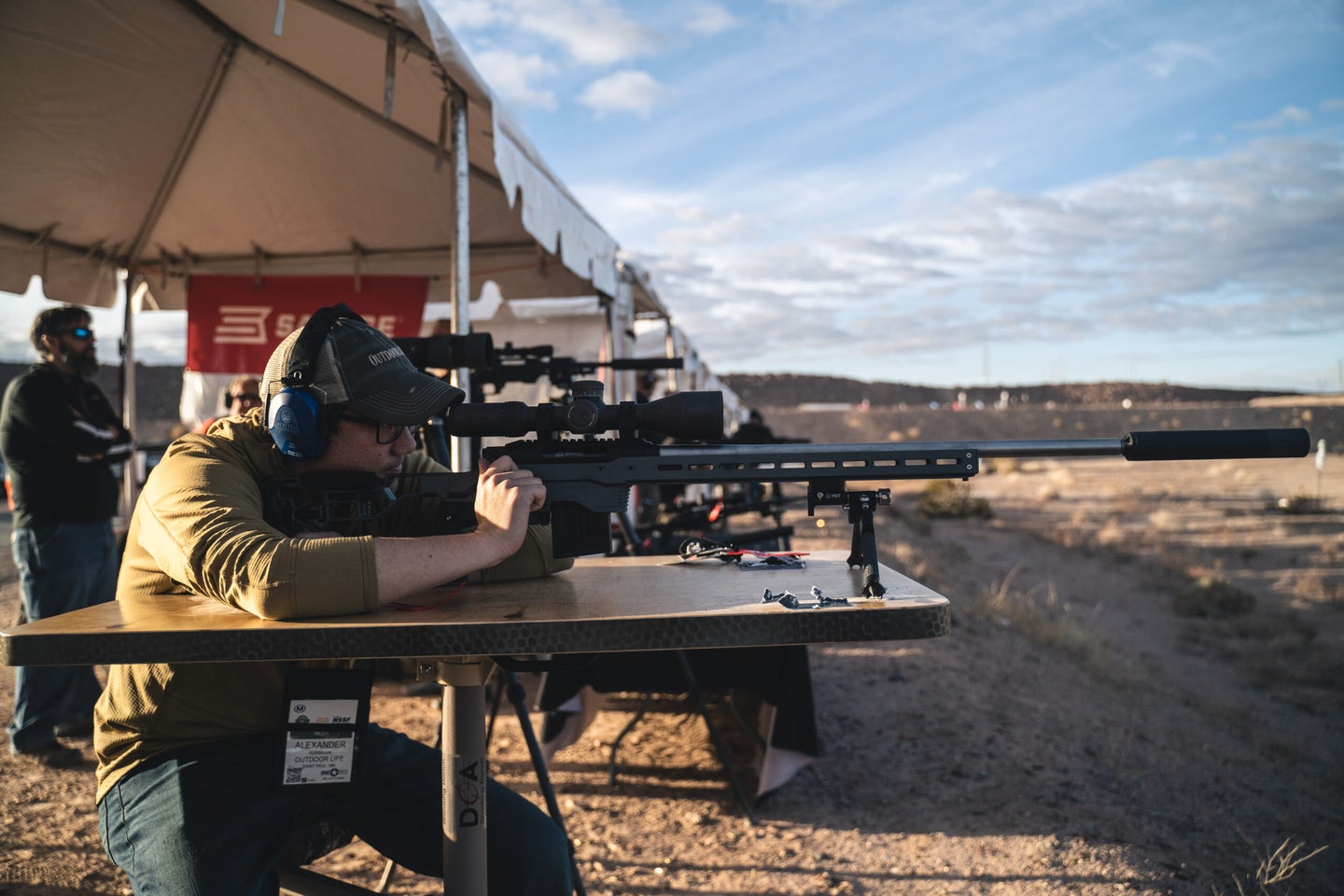 The Savage Impulse straight-pull rifle, which was introduced in 2021, is now available in a precision model. Tanner Denton
SHARE

Savage’s Impulse rifle caught a lot of hunters’ attention last year when it was introduced as the first straight-pull, bolt-action rifle from an American rifle maker. Straight-pull rifles are popular in the European hunting market because their design allows the shooter to make quick follow-up shots with a straight pull, and straight push, of the bolt after firing (think Blazer rifles and driven boar hunts). Now Savage is offering their Impulse action in a hefty PRS-style rifle configuration.

The Impulse Elite Precision checks all the boxes of a PRS rifle: MDT aluminum chassis, box magazine, heavy bull barrel, and an adjustable light trigger. The whole concept behind the rifle is that the straight-pull design will let competition shooters make follow-up shots quickly since they don’t have to throw the bolt before running it back.

One thing many hunters noted with the first Impulse rifles is that it took a good amount of force to drive the bolt back, which can make it challenging to stay on target with a lighter rifle. While shooting the Impulse Elite Precision at the SHOT Show range, I had no problem running the bolt quickly and making consecutive hits on a big steel target at 800 yards. That’s not a testament to the rifle’s accuracy (Range Day is no place to test accuracy), but it was cool to see the concept actually work on the range.

One more interesting note about the rifle is that you can switch the bolt handle to either the left or right side of the rifle. So if you really wanted to run for speed, right-handed shooters could position the bolt on the left side of the gun and run the bolt with their left hand. That way their strong hand would never have to leave the trigger.