Trainers are reducing stress on puppies by selectively adding it 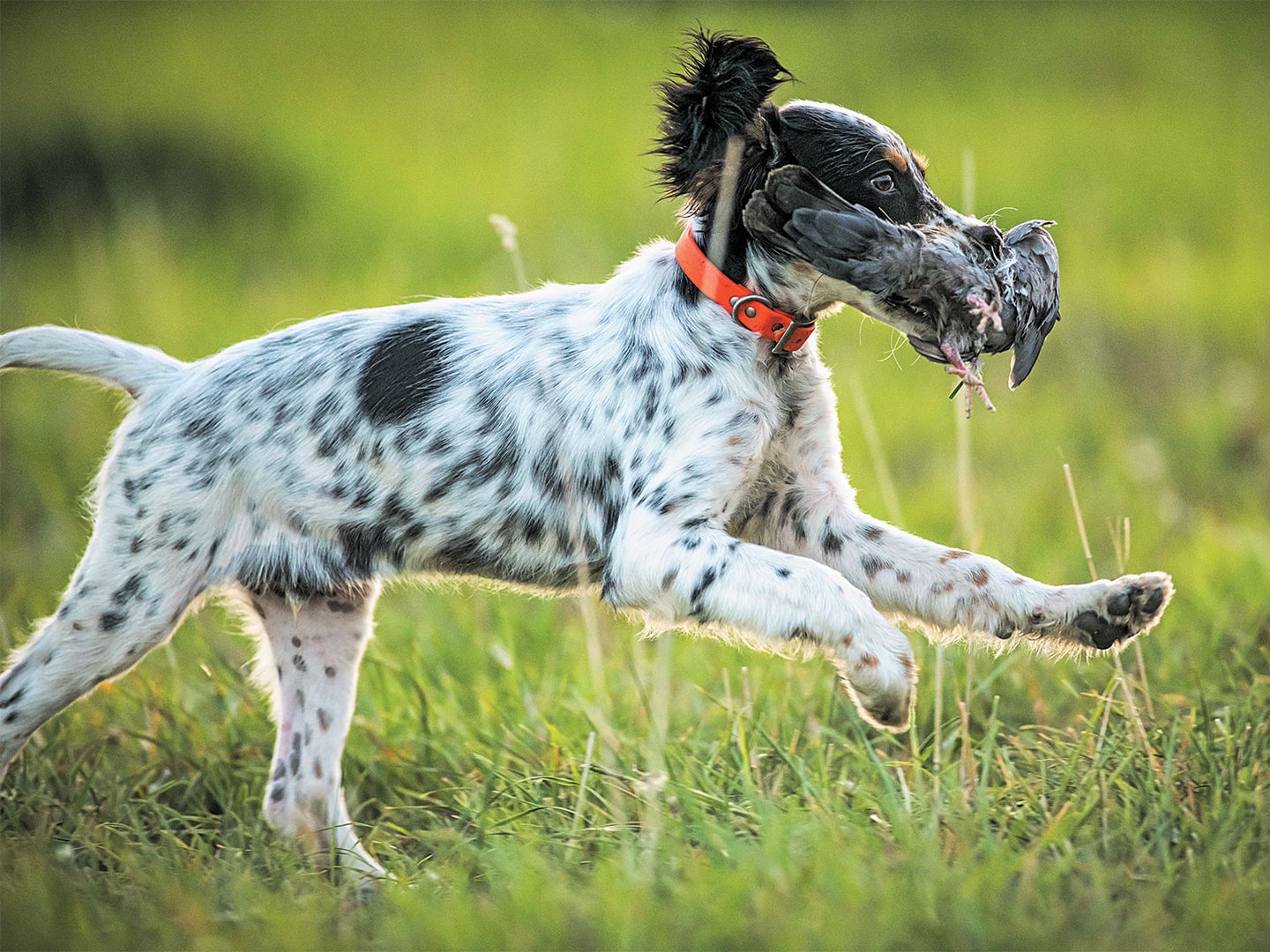 Tom Loy of Tallgrass Gordon Setters sits by the whelping box, where a litter of 3-day-old setter puppies navigate their tiny universe from behind closed eyes. One by one, Loy lifts the puppies from the box and runs them through a series of brief exercises. When he is finished, the puppies go back into the box and crawl close to their mother.

Those lessons continue for the next 13 days, and while the exercises have nothing to do with bird hunting—­­at least, not directly—they effectively teach Loy’s setter puppies how to manage stress. Years later, this early training results in dogs that are less timid, more social, and better equipped to handle the stressful situations that any working dog encounters in the field.

The program Loy uses (Google “bio sensor programs” for more details) was pioneered by the U.S. military as part of an effort to improve the performance of service dogs. Research shows that shortly after birth, puppies and other mammals are particularly responsive to stimuli, and that early stimulation can improve overall health. Exposing puppies to stimuli has been shown to increase brain function, which boosts overall confidence while reducing stress-linked behaviors such as biting or growling. Originally dubbed “bio-sensor training,” these exercises are now known as the Super Puppy program.

From the age of 3 days to 16 days, each puppy in the program is exposed to five stimuli once each day. These include being held in head-up, head-down, and supine (on the back) positions; cotton-swab stimulation on the paws; and being laid on a cold washcloth. Each phase, which doesn’t inflict pain so much as discomfort, lasts just seconds, and after the training is complete, the dogs are returned to their mother.

This program has been shown to improve cardiovascular health, increase adrenal gland function and brain activity, and improve a puppy’s resistance to stress and disease. Similar tests on mice and primates have shown identical results.

Loy is a practitioner in the Super Puppy program, and has started exposing all of his puppies to early stimulation.

“I noticed that in every litter, I had a few shy puppies that wanted to hide or weren’t socializing,” Loy says. “With the Super Puppy program, I don’t see that nearly as much. Timid dogs become bolder and are more social.”

As gun dogs mature and begin training, they are exposed to stressors—everything from check cords to e-collars and gunshots. By learning to deal with pressure as very young pups, Loy’s setters can process field stimulations in stride. They’re generally ready for more-advanced training as compared with pups that have not been through the program, Loy says.