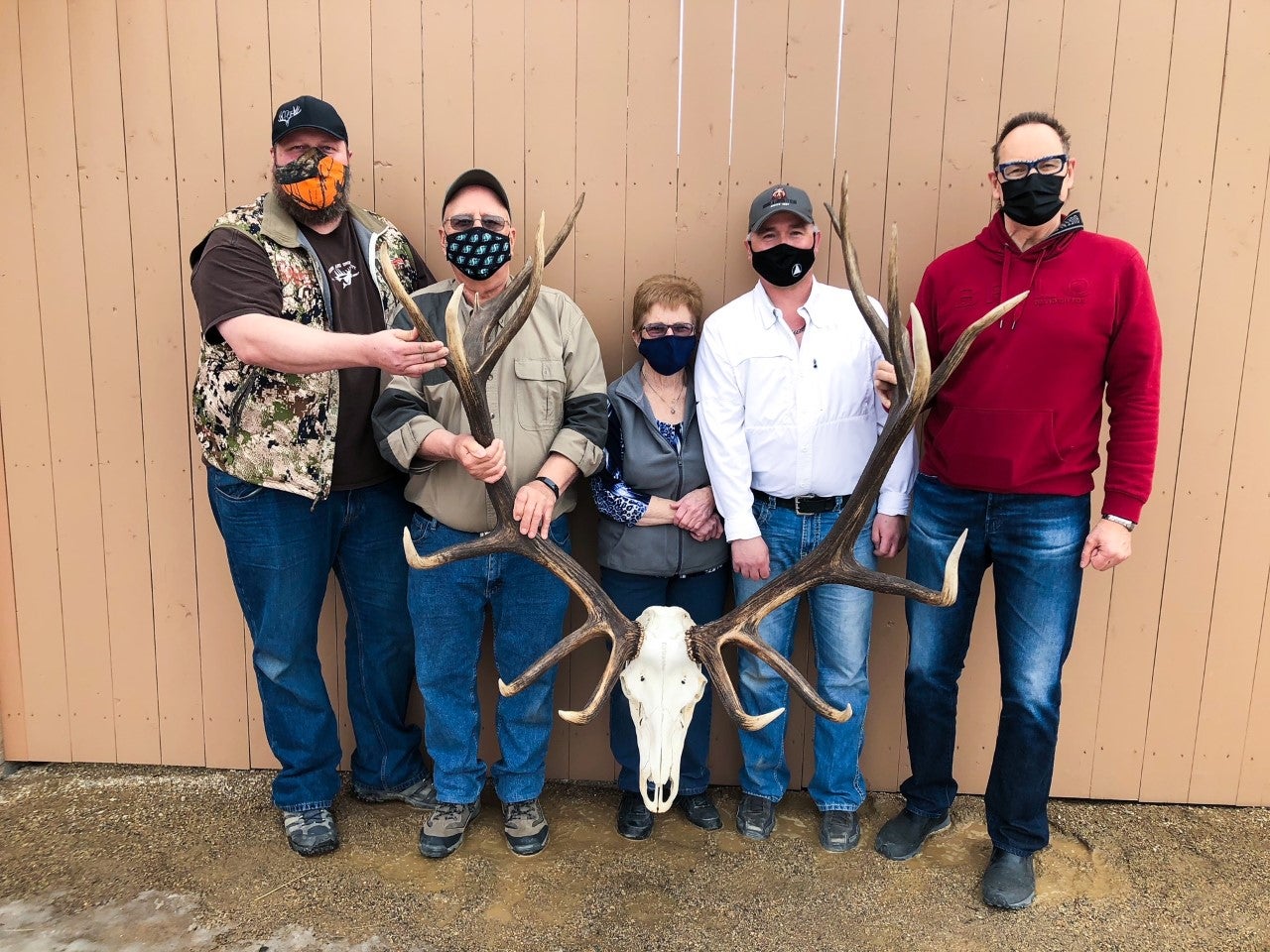 Shawn O’Shea is the new Pope and Young non-typical archery elk world-record holder after his Alberta bull was officially measured at 449 4/8 inches on March 20. O’Shea killed the bull on Sept. 14, 2020, in Minburn County, Alberta. According to a press release from P&Y, O’Shea first had the 8-by-7 bull on trail camera in 2017.

“The few pictures caught by the camera served only as teasers,” O’Shea told P&Y. “You only had to but look at the photos to realize the massive potential of this animal.”

O’Shea heard the massive bull fighting with another bull on Sept. 13 this past season, but could not get close enough for a shot before running out of legal shooting light. He set out the next morning, but never saw the bull. During the afternoon hunt, O’Shea came across fresh elk sign, and with his target bull in the same area, he was hopeful this would be the opportunity he had been waiting on for three years.

O’Shea tried calling, but the bull never responded. So, he decided to wait him out, setting up a ground blind near a well-used game trail full of fresh elk sign. The bull eventually came in from O’Shea’s left and stopped at about 30 yards, but he couldn’t get a shot off right away. He waited about five minutes, and the elk walked less than 20 yards from his blind.

“He closed the gap to 18 yards, and I was able to draw back and make the shot,” O’Shea said.

The new world record supplants Nick Franklin’s 442-inch “Grandpa Bull,” which was killed in 2003 in Arizona’s Unit 8. Franklin, an Arizona native, shot the former world record non-typical elk at 35 yards after finding a group of bulls bugling hard on the sixth day of the hunt.

O’Shea will be invited to display his bull from July 14 to 17 this year at the Pope & Young Convention in Reno, Nevada. Stay tuned as we find out more about this incredible bull and O’Shea’s hunt.