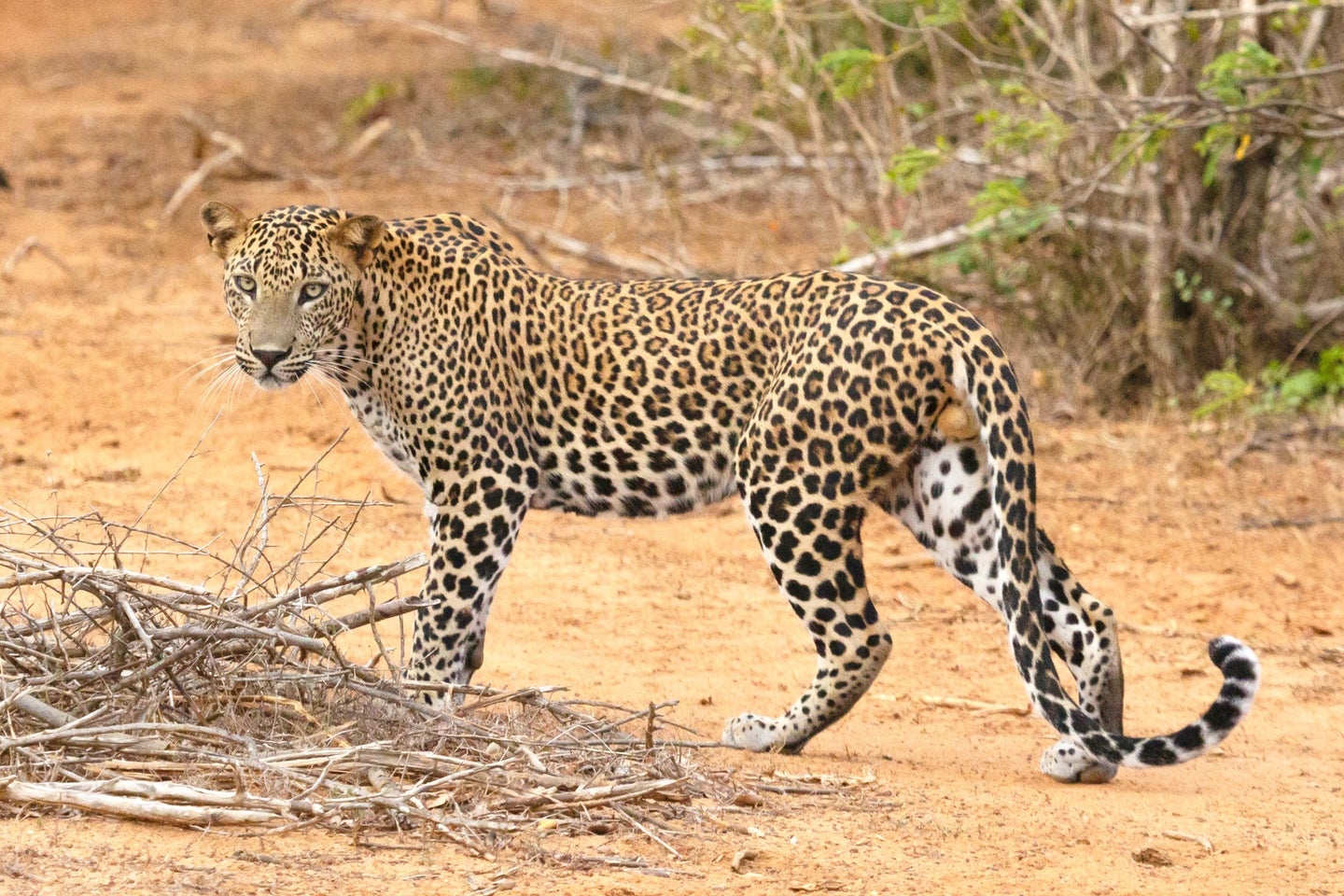 If not caught, it's likely the attacks will continue. Geoff Brooks / Unsplash
SHARE

A leopard went on a killing spree in northern India this past weekend, and is believed to have killed three kids in less than 48 hours. Rutba Manzoor, 10, is the most recent victim. Her body was found in the forest near her home. Her death comes after two separate incidents—the death of 12-year-old Shahid Ahmed, and the death of Muneer Ahmad, who was 15.

Manzoor’s death sparked protests from relatives who feel the wildlife department failed to act after the first two deaths, according to The U.S. Sun. The family members blocked the Srinagar to Uri highway in response to the department’s inaction. However, authorities have since called for the death of the leopard, the Kashmir Observer reports.

Suresh Gupta, chief wildlife warden in the area, instructed his team to hunt the animal “after completing the required formalities”. He went on to say that his team will try to capture the animal by trapping or tranquilizing it before killing it.

Read Next: Leopard Attack! A True Story of Survival in the African Bush

The Department for Wildlife Protection in the region now has a 50-person team looking for the leopard. Rashid Naqash, a regional wildlife protection warden, told the Kashmir Observer he believes the team will catch the leopard soon. There are four stationary teams and one mobile team deployed to find the leopard. “This is a coordinated operation with forest protection, Jammu and Kashmir police, and locals who are trying to catch or kill the animal.”

People in the area are understandably nervous about the killer leopard on the loose. Naqash said the animal is unpredictable and he urged residents in the area to “take precaution and be aware.”

Leopard Attacks on the Rise in India

This isn’t the only leopard in the region that has killed people recently. Northern India has seen increasing development in recent decades, which has led to more clashes between humans and wildlife. In the last 15 years, 230 people have been killed by leopards, while more than 2,800 have been injured, according to the Kashmir Observer. The publication also notes that the highest number of deaths and injuries happened from 2011 to 2014, when a total of 28 people were killed.

In 2012, a leopard is believed to have killed 15 people in Nepal. In 2018, a leopard was killed near Delhi after mauling 21 people over the course of three years.