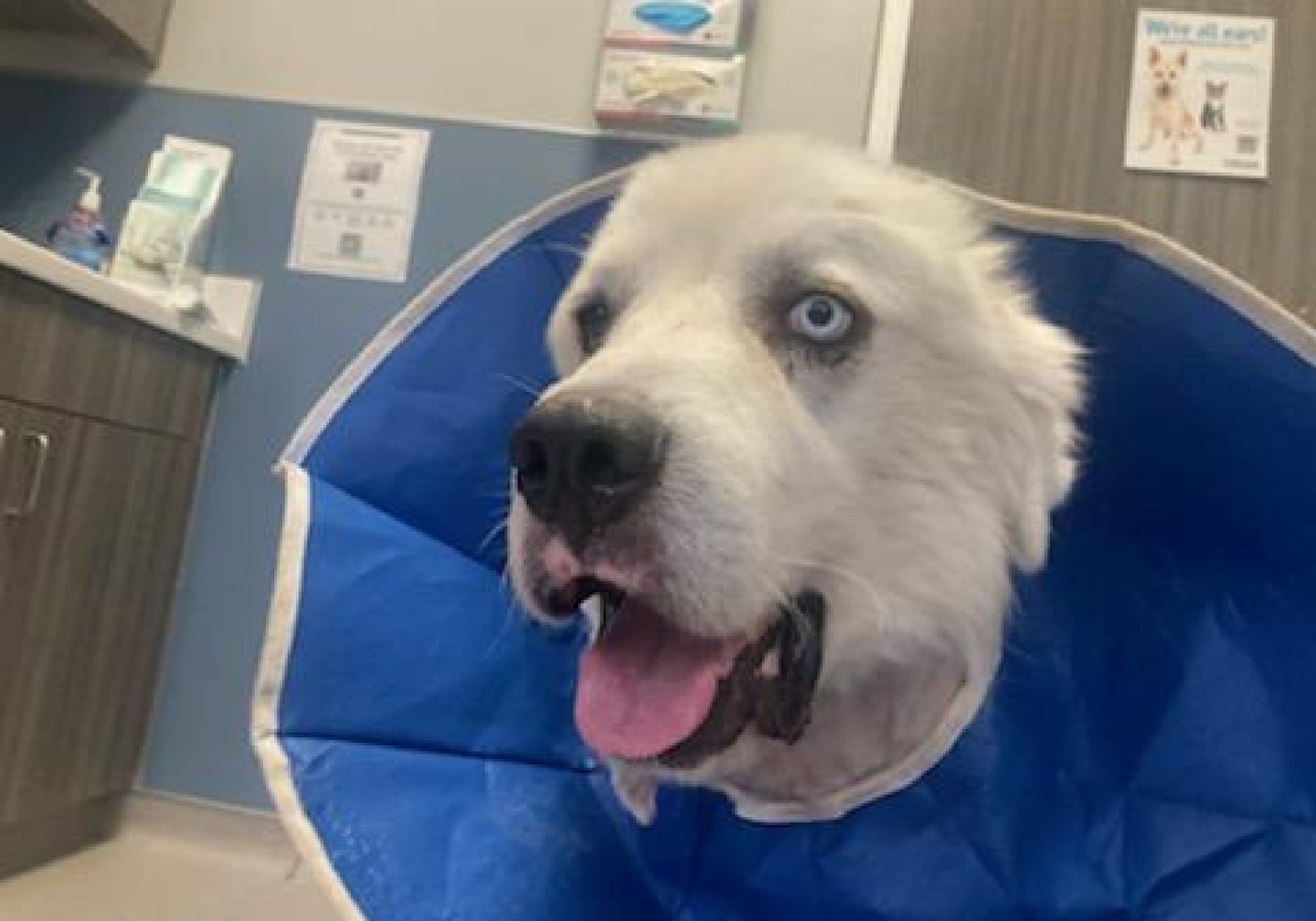 A 20-month-old Great Pyrenees with one blue eye recently put his life on the line to save a flock of sheep from a pack of coyotes near Decatur, Georgia. Casper lost his tail, along with large patches of skin and fur, but the coyotes lost way more. The sheepdog killed eight of the 11 livestock predators during the fight, scaring the rest away.

Local farmer John Wierwille told Fox 5 Atlanta that the brutal fight lasted for over a half an hour, and ultimately ended with Casper running away. Wierwille took to social media to ask for help in getting Casper back. Two days later, the dog and farmer reunited, although one was a bit worse for the wear.

“He was kinda looking at me like, ‘Boss, stop looking at how bad I look just take care of me,’” Wierwille said. “It looked like a coyote grabbed his skin and peeled it right off.”

Casper was immediately transported to an emergency veterinarian and has since undergone surgeries to repair the tail, flesh wounds, and multiple deep puncture wounds around the neck. The veterinary bills added up to $15,000, and LifeLine Animal Project started a GoFundMe campaign that quickly raised more than enough money to cover these costs.

It’s been a long road to recovery since the encounter happened weeks ago. But according to Wierwille’s Facebook posts, Casper never lost his spirit throughout the ordeal.

“He is a little tentative about everything right now, but he let loose on the ride and barked at just about everything outside the truck and even tried to wag his tail stump,” Wierwille wrote in a Facebook post from Nov. 15. “Then he looked over for the positive reinforcement he craves (he got it this time, even though we do not usually encourage barking in cars). He was clearly feeling a little [feisty].”

Veterinarians closed Casper’s neck wound on Nov. 28 and he was expected to return home soon after.

“We will get some more photos then and a few quotes as well,” Wierwille joked. “I am sure he will have a lot to say.”