Swimbaits for Bass: Build the Right Rig on Any Budget 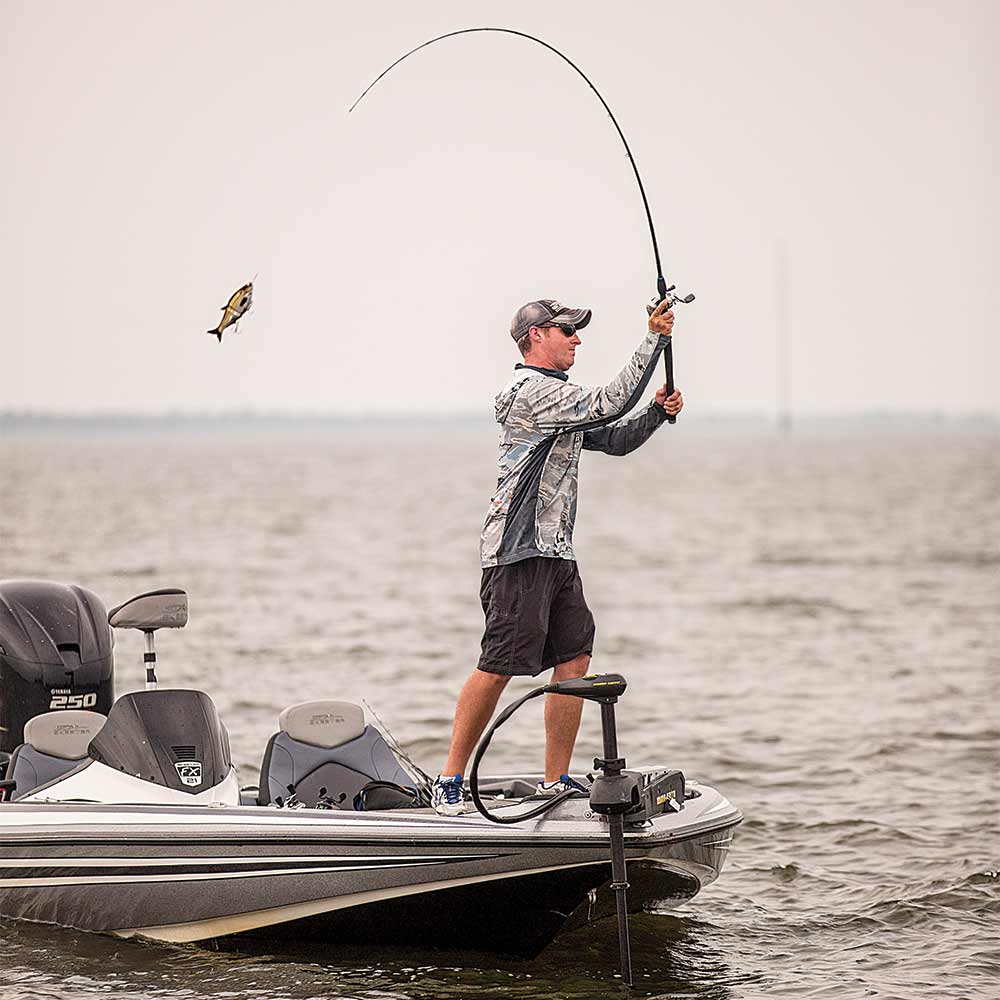 There is an ever-growing cult of bass anglers out there willing to fish all day for one big bite. They don’t care about numbers. It’s all about hooking true hogs, and most of these fanatics are chucking massive swimbaits. These lures—which were originally intended for West Coast stripers—can measure 12 inches or more, and mimic prey such as trout and herring. Considering some of them weigh more than 10 ounces, you can’t just tie one on to your typical medium-action bass rod. Specialized gear is a necessity, and choosing the right tools can be daunting. So we enlisted the help of some of the country’s swimbaiting all-stars to weigh in on every component you’ll need to put together the ultimate big-bait rig on any budget.

Bass pro David Swenseid has thrown loads of swimbaits. He even helped bring the renowned 12-inch, 10.5-ounce Roman Made Mother from Japan to the United States. While a Mother can cost north of $300, Swenseid says you don’t need to buy a high-dollar rod to throw the big stuff, noting that “even an older muskie rod will do the job.” What you do need is a rod with moderate action and good parabolic bend, which creates more energy during the cast to send big swimbaits far with less force, and has better shock absorption to drive the hooks on the set and combat the runs of heavy fish.

Bill Siemantel is a veteran pro angler with an impressive tournament record, and his affinity for swimbaits dates back to the ’80s. When choosing a reel to properly match a swimbait rod, Siemantel considers several factors. He says that gear ratio has a direct impact on lure retrieval. Baits without resistance, such as paddle tails or glide baits, create less drag in the water and can be fished with a faster reel. Swimbaits with bills and more pull are better suited for a lower 5-to-1 gear ratio. Siemantel says if you’re looking for one reel to complement almost any swimbait rod, make sure it has a 6-to-1 gear ratio and a good drag you can lock down tight.

Gary Dobyns is recognized as one of the best West Coast bass anglers of all time, and he relies almost entirely on 20- to 25-pound monofilament or fluorocarbon for their added stretch and low visibility. He fishes super-clear water and says, “Fish in my lakes are smart and just won’t touch braid.” Greg Gutierrez, another well-known swimbait angler, fishes water that is most often stained. He takes advantage of the near-zero stretch and sensitivity of 65-pound braid, because he is less concerned about visibility. He notes that the lack of stretch also provides a lot of room for error on a bad hookset.

Read Next: Bass Fishing: Rig Your Swimbait to Boost Bites

While some debate the need for a leader when using monofilament or fluorocarbon line, Clear Lake guide Matt Allen always uses one when fishing braid. He opts for a Blood knot to create an 8- to 12-foot top shot with Maxima Ultragreen monofilament line—not leader material—in 20- to 40-pound-test. In Allen’s case, the leader is there more for shock absorption than lowering visibility, because he believes mono’s stretch can mean the difference between landing a trophy and a pulled hook during a boatside burst of energy.