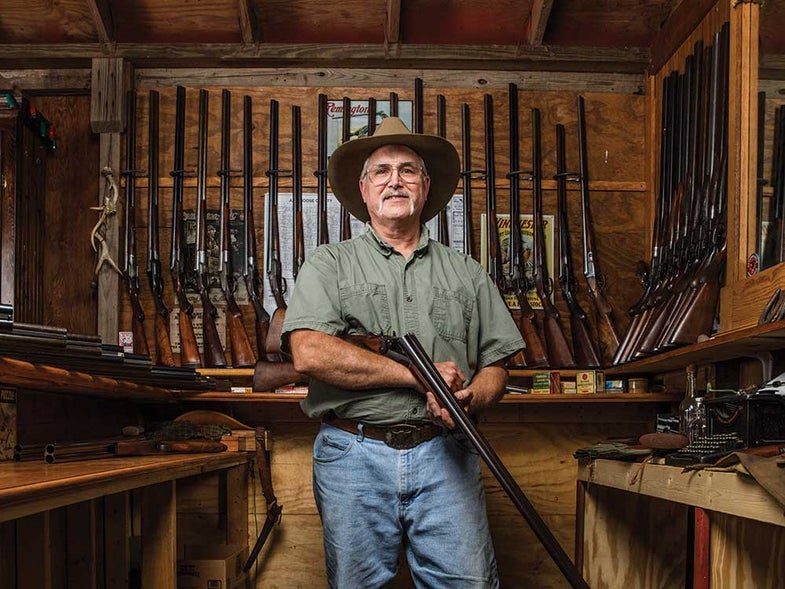 This Man is Trying to Buy Every Side-by-Side Model Ever Made. Matthew Coughlin
SHARE

When we think of side-by-side shotguns, we often think of the famous British names, like Purdey and Holland & Holland, or the well-known domestic makers, such as Winchester, Parker Brothers, L.C. Smith, and Ithaca. But under the radar are numerous American-made doubles we’ve never heard of…though John Eurom has. And he’s made it his mission to collect them all.

A highly specialized machinist, Eurom, 57, grew up on an Iowa farm, and learned early on how to take machinery apart and put it back together—a skill that dovetails well with his passion for side-by-side shotguns. To enjoy doubles, you have to enjoy history, because their great era was pretty much before World War II. While Parker Brothers shotguns are currently the most collectible of the doubles, there are collectors’ associations for A.H. Fox, L.C. Smith, and the others as well. But Eurom’s quest is to uncover and acquire the lesser-known makes: Waverly Arms, Wilkes Barre, Baker, Syracuse, Torkleson, Baltimore Arms.

His fascination with these guns was kindled when he moved to Florida in 2004 and fell in with a group of snipe hunters. They were using side-by-sides, and it brought back childhood memories of two guns his family owned: a 20-gauge Stevens 311, and a Flues Model Ithaca 12-gauge, both which were carried by his great-grandfather and are still in his family.

Once Eurom got serious about collecting, his first goal was to acquire all the models made by Ithaca: Baker, Crass, Lewis, Minier, Flues, and NID. As he started to get hold of these guns, his interest broadened to other makes. He isn’t looking to collect museum-­quality showpieces—he likes to buy guns he can use. “I like affordable doubles I can carry in the field without hurting their value. There’s something great about hunting with a 100-year-old shotgun and having that history around,” Eurom says.

To find these gems, Eurom uses the internet nearly exclusively, although he also haunts gun shows looking for obscure doubles. “I normally have my eye on about 50 shotguns on the internet at a time. If I see a gun I want, and the price is low enough, I’ll bid,” he says.

How low is low enough? He has picked up guns for just over $200. In the case of one Waverly Arms double, he was the only one who bid, since these guns are not well known, so he got it for little more than the price of a fancy dinner for two. He says he seldom spends more than $300 to acquire a gun, though he admits there have been some exceptions.

The key is to be patient, he says. If the price on a gun he wants gets too high, he lets it go and lays in wait for another to come along.

Because of Eurom’s machinist training and on-the-farm, fix-it-yourself skills, he naturally gravitated to investigating the inner workings of doubles. Though many of them can be disassembled in a similar manner, Eurom says each has its quirks. For example, some guns have hidden “traps,” like the A.H. Fox, which has its hold-open plunger beneath the screw that also secures the floor plate. If the plunger jumps out while you’re removing the plate, you’re going to be on hands and knees looking for the pieces. Also, many boxlocks require that the sears be disassembled before the stock can be removed, making this an involved process.

Eurom’s knowledge regarding the hows and whys of disassembly and assembly has made him a go-to source for other collectors seeking technical advice. “When someone wants to know how to take a particular gun apart, I’ll do the disassembly, photograph the steps, and send it to them,” he says.

Not only does Eurom know his shotguns inside and out, but he has a deep knowledge of their histories. “I spend a lot of time online digging for the history of shotguns and the people who made them,” he says. “Many people who worked for one gun company would move to another and maybe others after that, and sometimes you can track their influence from brand to brand.”

Despite the impressive number of guns in his collection—he’s got more than two dozen Ithacas alone—Eurom’s mission isn’t complete. There are a couple of stray “oddballs,” as he calls them, like one particular C.S. Shattuck, he’s still looking for. But he’s in no hurry. Patience, as he says, is key. “Maybe I was born in the wrong period of history,” he says. “The things we made between 1870 and 1920 just fascinate me. The workmanship that went into these guns—even the most basic field grades—is incredible.” 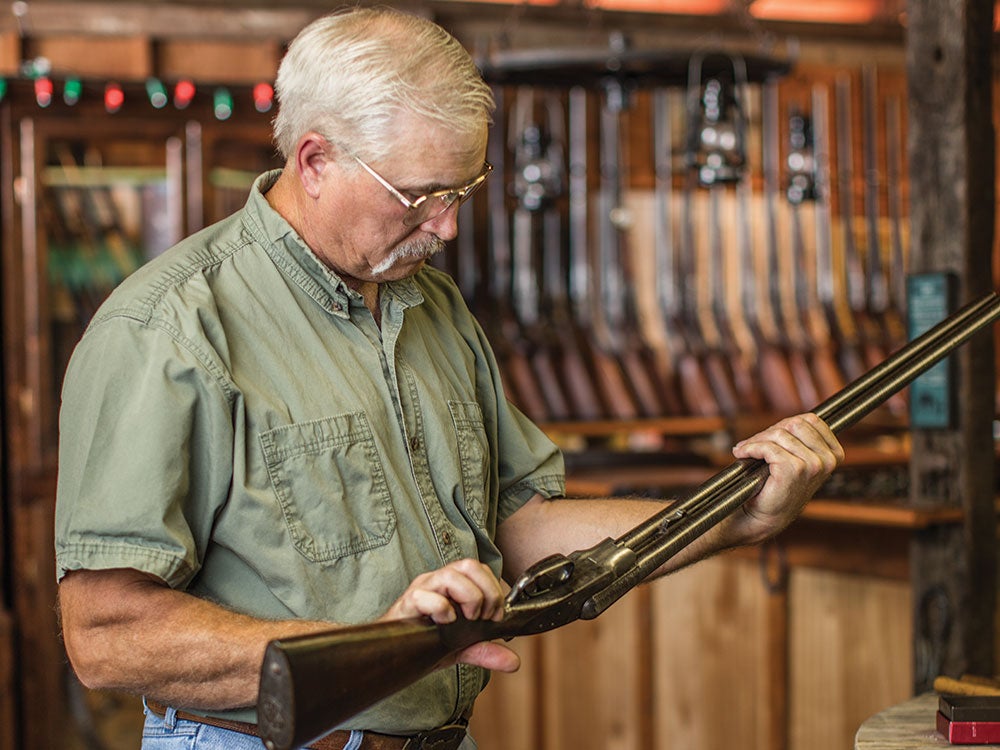