OL reader Jeff Twombly from Bristol, Connecticut,​ sent us this account of his favorite gun. To share your own, email... 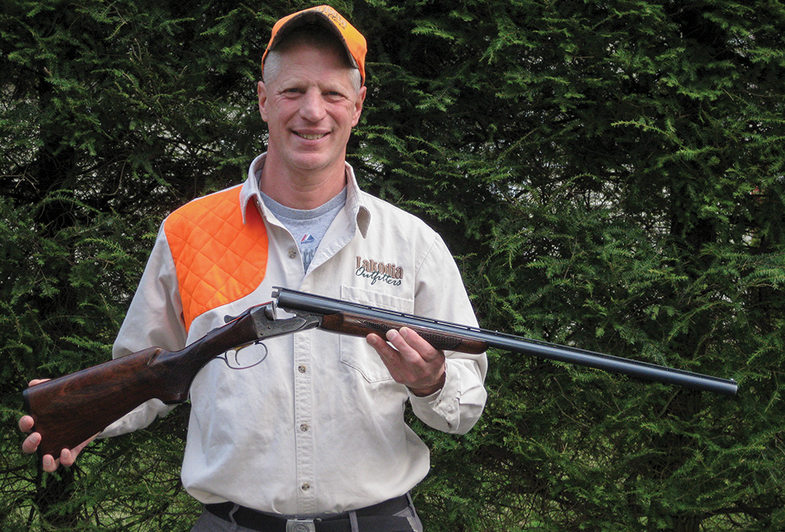 Though Twombly has higher-end shotguns, none are as valuable—to him, at least—as this Savage. Jeff Twombly
SHARE

OL reader Jeff Twombly from Bristol, Connecticut,​ sent us this account of his favorite gun. To share your own, email us at myfavoritegun@outdoorlife.com. We want to know the story of your favorite gun, and what makes it special to you. And, of course, we want to see a nice picture of it. Scroll down for more stories, and tune in next Thursday to read about another reader’s gun.

This 16-gauge double barrel, with the beavertail forearm, vent rib, and single gold­-plated trigger, is the favorite child in my gun collection.

My father purchased it new in the ’50s. He didn’t have much money back then, but he somehow scrounged enough to take it home with him. He raised beagles at the time, and this lovely gun became the companion for countless cottontail hunts through the nasty weather and unforgiving terrain of New England.

I would tag along with Dad sometimes. I may have been old enough to hunt with him, but I wasn’t yet old enough to handle the Savage. So I admired it from afar, content to hunt alongside it, and him.

Then, on my 16th birthday, Dad decided his best hunting years were behind him for some odd reason, and he presented me with the gun of my dreams.

Now, 41 years later, this shotgun remains my favorite partner on small-game hunts. Dad was not always kind to the gun when they were in the thick of things, and the dent on the rib and scratches on the barrel are a testament to that. Many Monday-morning gunsmiths have tried to persuade me to open her chokes and patch up the dings, but I always refuse. Each time I carry the gun afield, exactly as it is, my dad is with me.

He’s 81 years old now, and he doesn’t enjoy quite as many adventures as he did when he was young. But each time I return home, I get to tell him about my own adventures with his old Savage Fox, and we get to relive them together.