In a Battle of Tribal Hunting Rights vs. State Regs, the Supreme Court Ruled in Favor of the Tribes … But Now What?

The Supreme Court’s ruling in Herrera vs. Wyoming affirmed treaty supremacy, but it left defining ‘conservation necessity’ to Wyoming courts 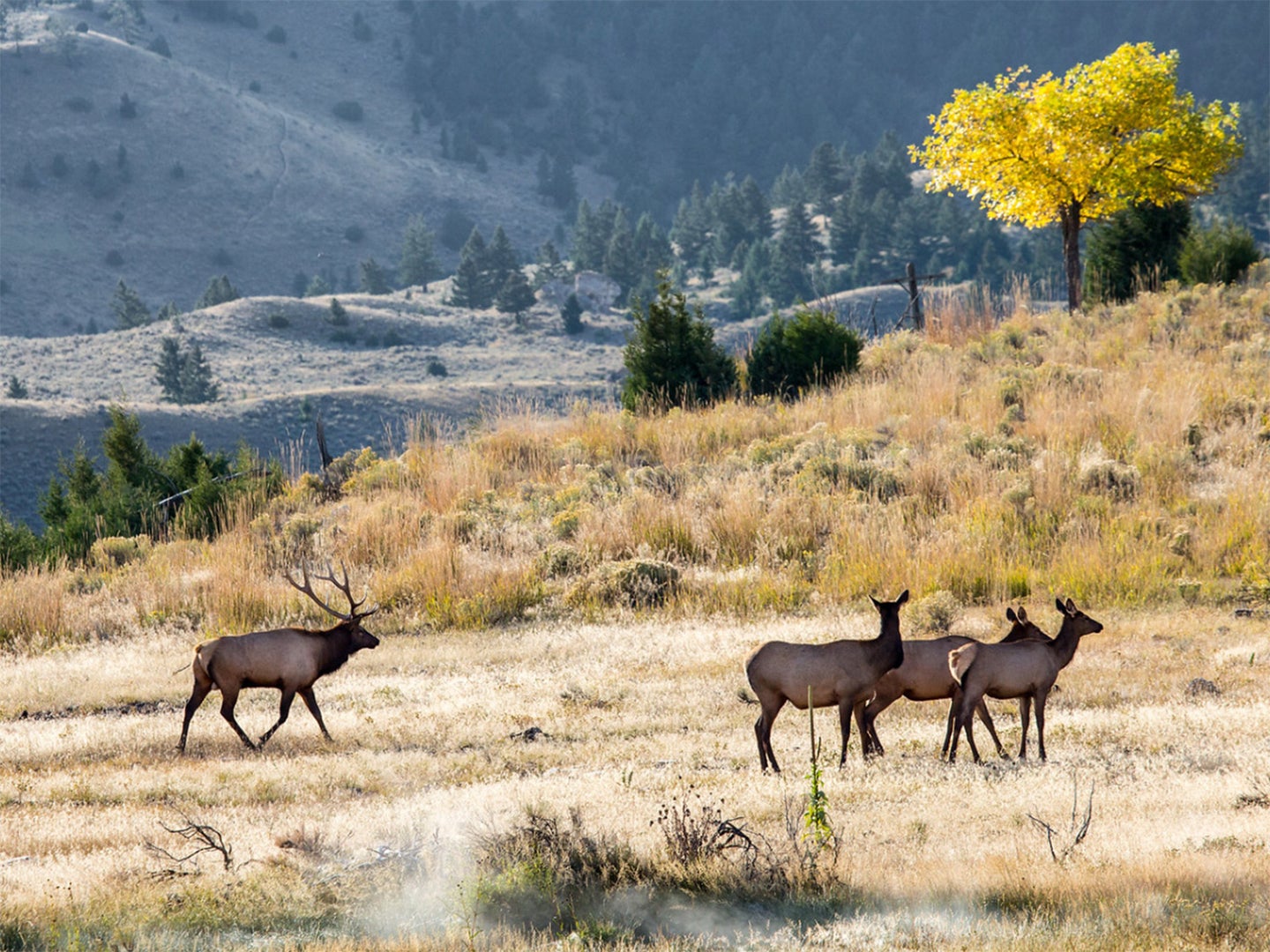 The U.S. Supreme Court’s ruling in Herrera vs. Wyoming in May poses more questions than answers in resolving a five-year legal battle. One thing (we think) is for sure: the result of this battle will affect how the state is able to regulate tribal hunting.

On one hand, the court’s 5-4 decision clearly affirmed that treaty rights negotiated between the United States and Native American tribes cannot be nullified by states.

On the other hand, the case was remanded back to Judge John Fenn of Wyoming’s 4th Judicial District to determine what “occupied lands” mean in the context of the 1868 Second Treaty of Fort Laramie, and how “conservation necessity” applies to Crow treaty hunters in Wyoming’s Elk Management Unit [EMU] 38 in Bighorn National Forest.

In case you missed the details of this case, here’s how the events unfolded…

Clayvin Herrera, a member of the Crow Tribe, was cited for violating hunting laws when he killed a bull elk out of season without a license in Wyoming’s EMU 38 in January 2014.

Herrera and two companions each shot bulls after following them off their reservation in Montana and onto the Bighorn National Forest in Wyoming.

The others pleaded guilty to poaching and paid fines, but Herrera argued the 1868 Second Treaty of Fort Laramie guaranteed his tribal “right to hunt on the unoccupied lands of the U.S. so long as game may be found thereon.”

State courts rejected Herrera’s contention, asserting treaty rights were nullified when Wyoming became a state in 1890, that the Bighorn National Forest is “occupied,” and that the state has the right — the obligation — to impose hunting regulations under the “doctrine of conservation necessity.”

But it did not overturn Herrera’s conviction, $8,000 fine, and three-year prohibition from hunting in Wyoming. Whether that conviction stands — and, perhaps, how tribal hunting rights are defined — depends on how Wyoming’s 4th District Court answers two questions:

1) Is the location where Herrera shot the elk — EMU 38 in Bighorn National Forest — “occupied” in the context of the 1868 Second Fort Laramie Treaty?

2) Can Wyoming justify imposing hunting regulations on tribal hunters in EMU 38 as a “conservation necessity” to protect at-risk elk like bulls?

Wyoming argues that the Bighorn National Forest was “occupied” when it became a national forest and because all land within it is regulated through permitted uses, one of which is hunting.

The Supreme Court disagreed, holding “unoccupied” must be interpreted as Crows understood it in 1868 — “free of residence or settlement by non-Indians.” In other words, the land does not become categorically “occupied” when a national forest is created.

It suggested, however, “The state may argue the specific site where Herrera hunted elk was used in such a way it was ‘occupied’ within the meaning of the 1868 Treaty.”

But what does that really mean? Rocky Mountain Elk Foundation Chief Conservation Officer Blake Henning noted there’s concern the 1868 interpretation of “unoccupied” could potentially affect much of the state, considering how “free of residence or settlement” Wyoming remains.

That won’t happen, said Herrera’s attorney Kyle Gray of Holland & Hart LLP in Billings, Mont. “What [the Court] said is, ‘The act of making a national forest does not occupy that forest in such a way that treaty-hunters cannot hunt there,’” she said. “But, there could be a situation where the U.S. has done something with specific land that you’d expect a treaty-hunter to recognize as ‘occupied.’”

“From the evidence at trial, where these elk were taken is as about as far from ‘occupied’ as you can get,” she said. “There’s rocks, cliffs, trees and stuff like that, but there’s nothing that would make anyone think it was ‘occupied’ by settlers or anyone else. And, in fact, elk are hunted and shot there as a matter of course if you draw the right tag.”

While Wyoming’s land-use argument may be abstract, its “conservation necessity” case is straight forward.

Salmon fishing in the Pacific Northwest is a clear example of states imposing regulations on treaty tribes under “conservation necessity.”

“That’s a limited species. There are more who want to take salmon than there are available,” Gray said. “So, ‘conservation necessity’ applies there, but not here to over-populated elk in Wyoming.”

To meet the “conservation necessity” standard, Gray said, Wyoming must show that its regulations must be imposed on treaty hunters to protect at-risk species.

“I think it would be almost impossible for Wyoming to demonstrate that without its January 2014 closed-season regulations, treaty-hunters would put elk populations at risk” in EMU 38, she said, adding “there are so few” treaty hunters “it doesn’t affect” wildlife populations.

However, Wyoming could argue broadly it is a “conservation necessity” to limit hunting to specific seasons on all hunters, according to David Willms, former natural resources advisor for Wyoming Gov. Matt Mead’s and the current Senior Director of Western Wildlife & Conservation for the National Wildlife Federation.

RELATED: Showdown Over the Land and Water Conservation Fund Continues

Willms said the state could show limits on elk opportunities for licensed hunters will be necessary without regulating treaty hunters.

There may be an argument for that when you start to dig into Northern Bighorn elk herd harvest trends. Bull harvests across the region, which includes EMU 38, averaged 573 annually between 2008-12. That number increased to 661 bulls a year since 2013.

“With an emphasis on special management in the limited quota hunt areas of this herd unit, we are concerned with the level of bull harvest in recent years,” Wyoming G&F said in its 2018 harvest analysis.

As of late June, Gray was unsure when Fenn will take up the case. She planned to file a motion for a status conference if the judge or state attorneys don’t do so first.

And even then, the case will live on, predicted Willms.

“We’re years away from resolution,” he said. “I can’t envision where one side or the other doesn’t appeal whatever the decision is.”

Meanwhile, Wyoming officials say the state will regulate all hunting — and all hunters — statewide, including in Bighorn National Forest.

“My administration will stand up for a system that preserves the decades of conservation work that has built a strong wildlife population in the Bighorns,” Gov. Mark Gordon said when he endorsed Wyoming’s 2019 hunting seasons and regulations.

Sy Gilliland, President of the Wyoming Guide Association, considers the fact that the case will be tried “through the lens of ‘conservation necessity’” a victory for all hunters.

“It was a dose of common sense and included the Wyoming [regulatory] system and the ‘conservation necessity’ right to it,” he said. “I’m not an attorney, but putting it back into Wyoming [courts] made it crystal clear to me that was the intent.”

Gilliland predicts that eventually, the state and Crow Tribe will negotiate an agreement.

“We’re keying on elk but there’s thriving populations of bighorn sheep, mule deer and moose” in Bighorn National Forest, Gilliland said. “It wouldn’t take much hunting to devastate those populations. I think ‘conservation necessity’ will be proven essential.”