The Outdoor Writer Ron Spomer Boise, Idaho Why do you want to be a game warden?” the college adviser asked... 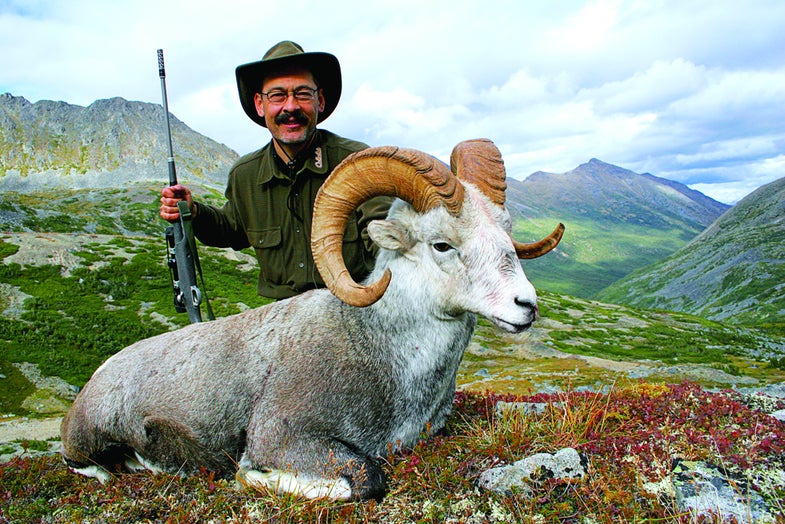 Why do you want to be a game warden?” the college adviser asked me.

“Because I love to hunt and fish.”

“While everyone else is hunting, you’ll be watching them,” he replied. “And the paperwork? Forms, court appearances. You’ll be indoors a lot.”

So I didn’t go to school to become a game warden. I did something worse. I became an outdoor writer. That means I write about the outdoors, not in the outdoors. Remember that last term paper you wrote, sitting indoors, staring at a blank computer screen until blood leaked out of your ears? Imagine doing that 364 days a year. Yeah, I allow myself Christmas Day off.

I started by writing five hunting stories for five of my favorite magazines and sending them off, unsolicited. All five sold. The next five, not so much. But I persevered and learned the trick to sales: Present an editor with accurate, honest information written cleanly and clearly—on time, every time. The less editing he has to do, the more likely he’ll buy your work again. A poetic turn of phrase is nice but not essential.

Each published article led to more assignments. I spent fewer hours hunting and fishing and lost my suntan. But when I did go afield, it was often to exotic places and usually at a discount while using other people’s equipment. This was good and bad. Imagine having to get used to a new gun, scope, binocular, load, and trajectory the day you start a deer hunt. Every time. Imagine having to interrupt your hunt to snap photos, shoot video, and take notes. Imagine flight delays, lost luggage, jet lag, strange camps, and snoring roommates while your wife is back home seething because she thinks you’re on vacation. The only occupation with a higher divorce rate is Hollywood star, but someone has to do it.

Shifting Tides
Pay rates vary from dismal to fair. My first five articles in 1976 brought between $75 and $500 a piece. Today, magazines pay $200 to $2,000—but rarely the latter. Blog posts fetch $50 to $350. Writers are expected to provide top-quality photos with their words, often for no additional compensation. Videos are beginning to replace written stories, and that’s another scattered, flooded market.

Then there are the “personalities” on TV and the internet. Suddenly country singers, wrestling champs, and beauty queens are experts in bullets, ballistics, and broadheads. Career outdoor writers—men and women who hunt, research, test, interview, and report in detail—are going the way of the television repairman.

I’ve enjoyed a wonderful career that has enabled me to hunt around the world with the best gear, guides, trackers, and hunters. Given the worldwide decline in wild places, I wouldn’t recommend young people set their sights on being an outdoor writer now. It’s a hectic and stressful job demanding dedication, discipline, perseverance, and, these days, a good TV persona. But if you think you’ve got what it takes, try it. Hunters, hunting, and the hunted need talented voices to promote and defend them.