4 Fun Reactive Targets That Will Make You a Better Shot 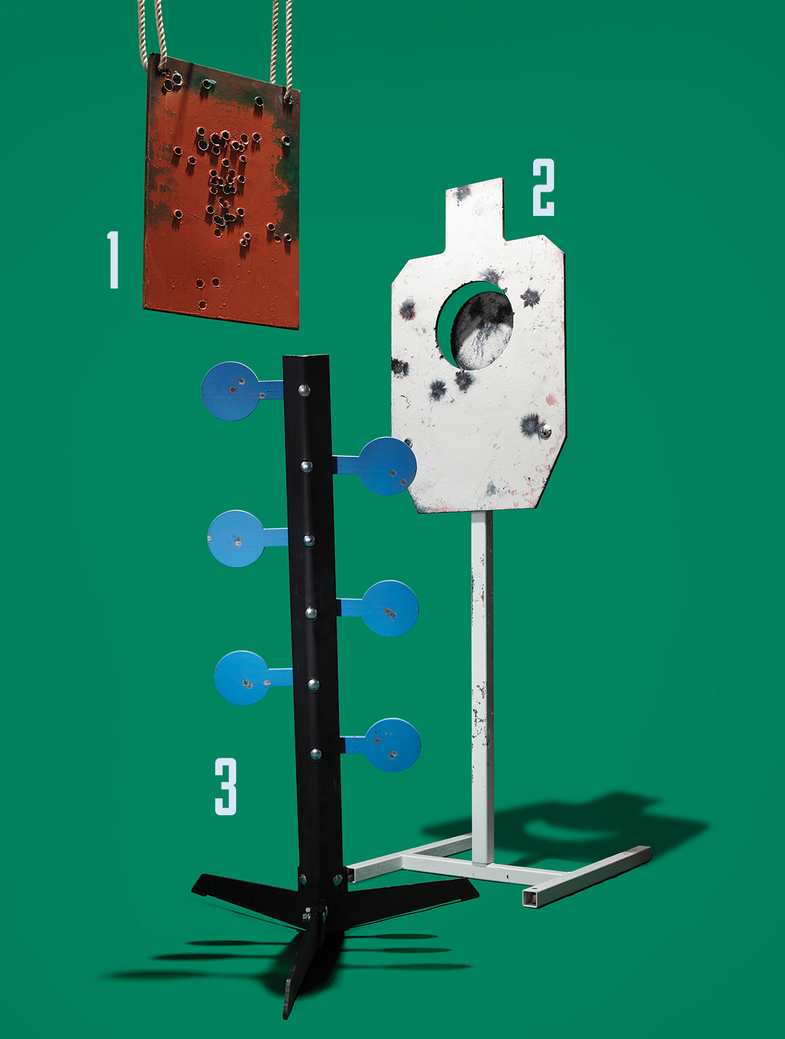 Remember when you used to line up beer cans on the fence and blast them? I’ll bet that’s how you learned to shoot. You weren’t as concerned with punching one-hole groups as you were with knocking those darn cans over quicker than your buddy.

Fact is, the shooting bench doesn’t forge great riflemen, and paper targets have little to do with improving shooting skills. Reactive targets reveal if you hit or miss instantly, so you can either confirm good habits or know if you need to work on your fundamentals. Plus, any target that spins, gongs, pops, falls over, or blows up is just plain fun to shoot. I’d argue it’s fun that forges great shooters.

Here are several reactive targets that will make you a better shot.

1. DIY Gong
Just like those beer cans, reactive targets are limited only by one’s creativity and budget. Recently I wanted a steel-gong-style target for my long-range deer rifle, so I went to my local metal distributor and bought a 12×20 piece of ½-inch steel. It cost me $32. I took it to the house of a friend who had a cutting torch. He put a hole in the top corners of the plate, and holes in the top portions of two 4-foot scrap pieces of angle iron. At my range—a dirt berm in a field—I drove the angle irons into the ground 18 inches apart and hung the steel plate between them with rope. Lastly, I spray-painted the steel so any bullet’s impact could be seen as well as heard. Presto, that’s a centerfire reactive target for less than $40.

2. MGM IPSC Flag Target
For more serious practice or competition, MGM’s IPSC Flag Target is worth the investment. This humanoid steel cutout is intended for self-­defense training, but it’s good for any type of training. The vital zone is a 6-inch hole that’s backed by a hinged steel plate. If the vital zone is missed, the outer target dings and shows the bullet’s impact normally. But if the vital zone is hit, the plate swings out and engages an orange flag that can be seen from hundreds of yards away. While pricier than most targets, it’s good for handguns or rifles from virtually any distance, and it will last for ages. ($467; ­mgmtargets.com)

3. Action Target Rimfire Dueling Tree
­Rimfires offer valuable practice at a fraction of a centerfire’s cost, recoil, and noise level. The Rimfire Dueling Tree is a vertical stand upon which 6 plate-style steel targets swing to the other side when hit. Competitors race to see who “cleans” his side first. Featuring ¼-inch steel, the unit weighs 35 pounds, so it’s portable. What’s more, it’s just plinkin’ fun. ($149; actiontarget.com) 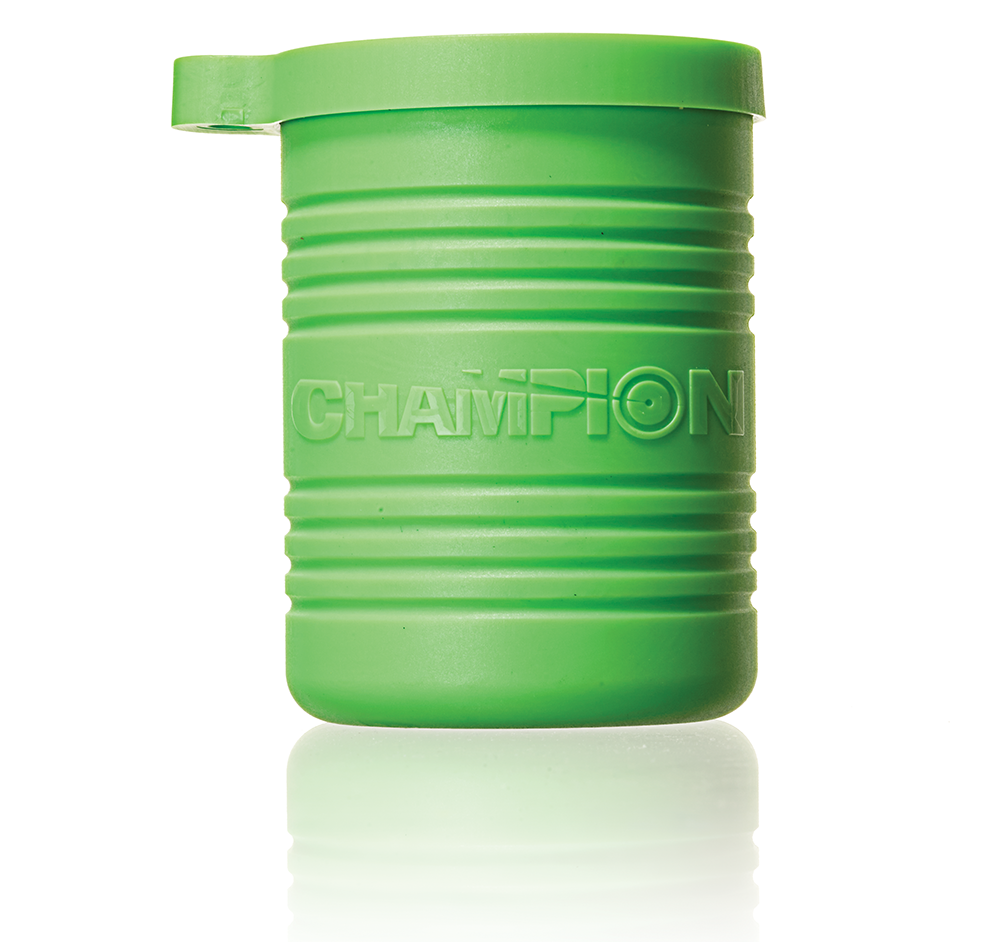 4. Champion Soup Can Target
This is a plastic, tin-can-looking contraption made of proprietary Dura­Seal material that self-heals after taking a bullet. It will last two forevers. Remove the lid, then fill it with talcum powder, chalk, flour, colored water, or whatever, and watch it blow its top when you blast it with any bullet up to .50-caliber. ($27; championtarget.com)

Tip: Shoot “found” targets for next to nothing
You can get a reactive target for even less. Buy aging fruit that’s on sale, 2-liter soda bottles, water balloons, clay pigeons—anything that’s cheap, plentiful, and safe to shoot will do. Use your imagination, and then blow your creation to smithereens!