The term “precision firearm” tends to conjure images of bull-barreled rifles, but why not shotguns? Is powdering a 4.3-inch-wide clay... 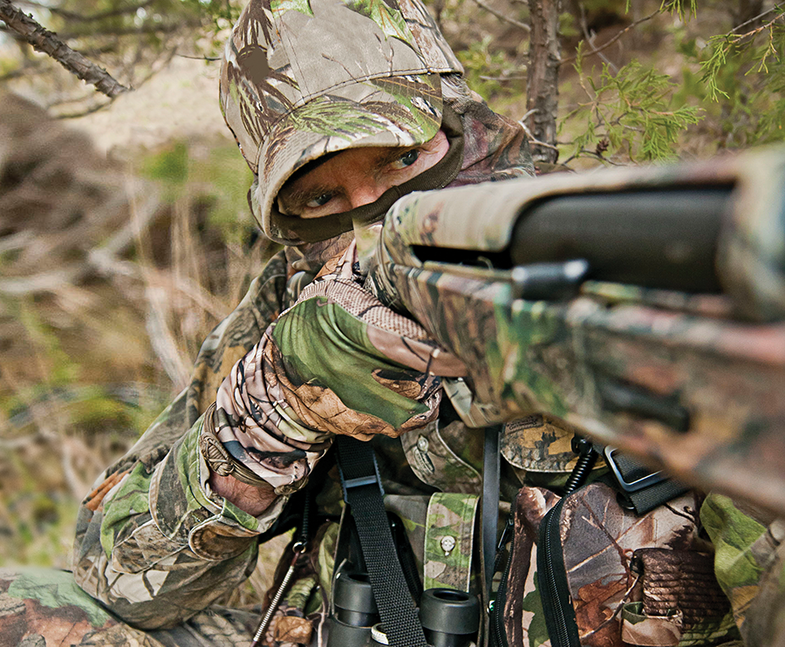 The term “precision firearm” tends to conjure images of bull-barreled rifles, but why not shotguns? Is powdering a 4.3-inch-wide clay at 60 yards or smacking a turkey’s head at 50 paces any less impressive than making a 1,000-yard rifle shot? Here’s how to dial in your shotgun—and your marksmanship—to go long.

Properly patterning a shotgun is imperative, especially for lengthy shots. Your mission is to determine pattern percentage and point of impact, and to zero your gun.

Pattern Density
First, tack up a 50-inch sheet of paper to capture the entire pattern and draw a 5-inch bull in the center. Move back 40 yards, place the shotgun bead directly below the bull’s-eye and fire. Some prescribe shooting 10 patterns (each on a clean target) and averaging the results; shoot at least three.

Locate the densest portion of the pattern and draw a 30-inch circle around it. Count the pellet strikes within the circle and divide by your shotshell’s total pellet count—this is your pattern percentage. Get the pellet count off the shell maker’s website or cut one open and tally it yourself.

An appropriate percentage depends on the intended application. For example, for 40-yard shots on game birds (1 ¼ ounces of No. 5 shot) and longer clays shots (1 ¹⁄₈ ounces of No. 7 ½ shot), I want my 12-gauge shotgun patterns in the 60 percent range. Generally this is achievable with a Modified choke, though some loads require additional constriction. If you are unable to achieve these percentages, first try a different type of shotshell, then a new choke tube—with a little experimentation, almost all shotguns will shoot well.

Next, consider point of impact (POI)—the center of your 30-inch circle—in relation to the bull’s-eye. Note that POI is most easily assessed with a Full choke. A dedicated turkey gun’s POI can be adjusted by simply zeroing an optical reticle or sights, but bead-only shotguns require more creativity—more on that shortly.

Most field shotguns will impact slightly high or dead-on. Both are satisfactory, but a shotgun that ­impacts low or excessively high (unless intended for trap) is not. Slightly left and right POI are common, but several inches of deviation are a problem.

Sometimes simply switching ammo is the solution. My Beretta DT-10 hits dead-on with almost everything I feed it, but its POI with one popular game load is remarkably high-left. Secondarily, changing choke tube brands can also improve POI, particularly for left-to-right issues.

Tip
Don’t beat yourself up while practicing with your turkey gun. Set up clay targets at different distances and shoot them from field positions with light target loads.

If your POI remains out of whack, an improper gun fit is the likely culprit. This can be adjusted through trial and error, but British legend E.J. Churchill found a shortcut: At 16 yards, a ¹⁄₁₆-inch adjustment to the stock moves POI 1 inch. Shotgun hitting 2 inches high? Just drop the comb by ¹⁄₈ inch to get on target. Conversely, a low POI typically requires a higher comb. A left or right POI is often indicative of a cast issue or possibly a low comb. For a right-handed shooter, more cast (moving the stock to the right) shifts POI right, while less cast (moving the stock left) shifts POI left.

You can easily add leather pads to the stock to raise comb height. To add drop or adjust cast, use a shim kit. These often come with new shotguns, or they can be purchased online. Do this, and your shooting will be on target.

Extend Your Range on Turkeys

Just how far can today’s specialized turkey guns be stretched?

Creating an ultra-tuned setup is easier than you may think. According to Hart, the major tweaks include the right after­market choke, a crisp trigger (Hart installs Timneys and tunes them to break at 3 pounds), and a stability-enhancing stock.

A stock with a pistol grip and an adjustable length of pull is easier to wield and more stable when turkey hunting.

Once the gun is assembled, Hart patterns it using a 10-inch circle.

In the Field: Bust Clays at 60 Yards
Advanced sporting clays courses might present 60-yard targets, but how the heck do you hit 30 mph birds at such a distance?

“It can actually be very simple, but you have to understand the sight picture,” says Gil Ash, founder of the OSP Shooting School (ospshootingschool.com).

For a right-handed shooter, proper sight picture on a left-crosser is achieved by focusing both eyes on the clay and smoothly “inserting” the barrel ahead of the bird. For a right-crosser, look over the barrels—avoid temptation to look at them—and again focus on the target while mounting ahead of the bird. Intense target focus allows your mental calculator to process vast distance and speed.

“Most shooters look down the barrel, which causes them to shoot behind,” Ash explains.

The next step is matching your gun’s speed to that of the clay.

“That dramatically increases your chances of hitting the target,” Ash says. “Don’t overthink lead or look at the gap between barrel and bird. Your brain knows when to pull the trigger.”

Ash suggests a Modified choke and 1 ¹⁄₈ ounces of No. 7 ½ shot for 60-yard clays. However, he says that load selection is less essential than proper technique.