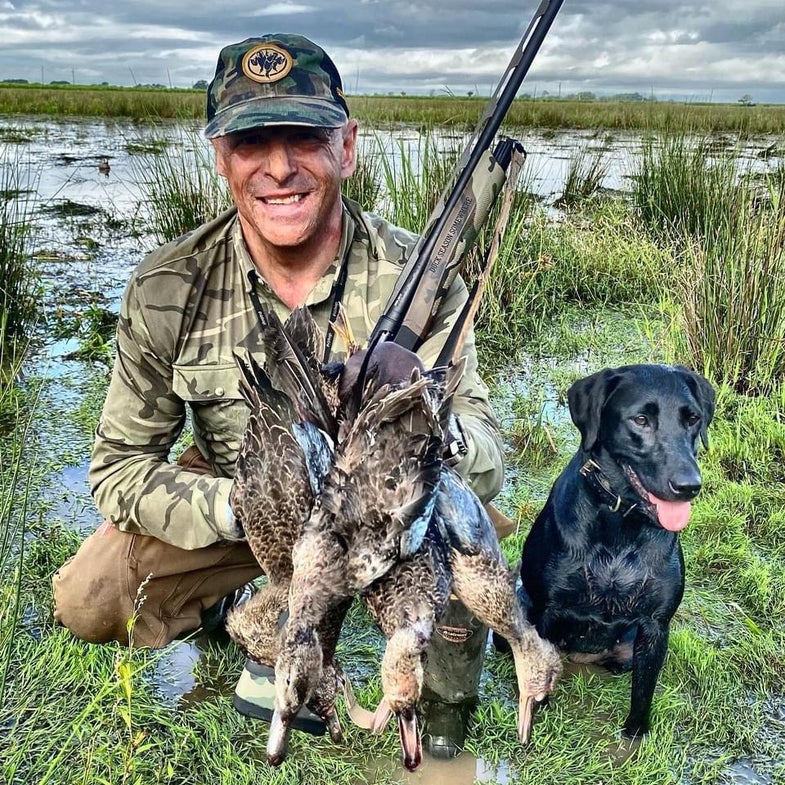 The 28-gauge has made a come back in duck hunting. getducks.com
SHARE

In the 1990s, 12 gauges chambered for 3.5-inch shotshells were standard issue for most duck hunters. The reason for the surge in popularity of 3.5-inch guns, like the Benelli Super Black Eagle (the first 3.5-inch auto-loader), during this time was due to the inconsistent effectiveness of steel shot. The ban on lead shot had just come to pass and shotshell makers hadn’t yet determined that speed was the key to making steel deadly. And most hunters figured a 3.5-inch gun could send more pellets downrange at ducks, though it was later revealed that pattern density in a 3-inch versus a 3.5-inch shotshell are nearly identical. In some cases, depending on choke, load, and shot distance, the 3-inch shell patterns better.

But with the advancement of bismuth and tungsten shotshells, more duck hunters are turning to sub-gauges, like the 28. You can now kill ducks inside 35 yards with smaller bore shotguns that shoot denser patterns. And you can tote a lighter gun to the blind and experience the same results (with less recoil) as you would with a 12-gauge.

Bismuth Was Key to the Return of the 28

Non-toxic pellet requirements for waterfowl have been in existence for more than 30 years. Steel was the only alternative ammo makers could turn to. It’s still a popular option for today’s hunters. But bismuth and tungsten are more effective killers than steel, and as both materials have become more affordable, shotshell manufacturers have begun to load them in more options, including the 28-gauge.

Bismuth is more than 20 percent denser than steel, but not as dense as lead. But choked properly, it’s every bit as deadly on ducks at reasonable distances. It’s also safe to shoot through the barrels of older guns, which has brought more 28s back into the fold. Many of them were shelved once steel was mandated for duck hunters.

Steel is too hard for older barrels, and bismuth or Kent Tungsten Matrix are the only shotshells safe for them if you’re a duck hunter. Guns like Winchester’s Model 12 and 97, older Remington 870s, and Browning Auto-5s can all return to the marsh thanks to ammo brands like Rio, BOSS, and Hevi-Shot, which makes a bismuth option now.

Tungsten is 56 percent denser than lead, and though it cannot be safely shot through the older guns, it is a most effective duck killer. It’s also a major reason why sub-gauges like the 28 are viable duck guns now. Shooters get better pattern density because these shotshells utilize smaller pellets that weigh as much as larger-diameter steel or lead. A smaller, denser pellet penetrates better than a lighter, larger pellet.

For example, No. 9 TSS shot is roughly equivalent to No. 4 or 5 lead. That’s why some turkey hunters shoot gobblers with a .410 now. They don’t need the pellet capacity or charge weight a 12-gauge round is capable of holding.

Modern pellet alternatives have brought the 28 back into the waterfowl hunting picture. BOSS makes copper-plated bismuth shotshells, and its founder Brandon Cereke is not surprised that smaller gauges are increasing in popularity.

“We started out offering only 12- and 20-gauge in regular production,” Cerecke said. “We made some special runs in 16, 28, and .410 and only sold a handful. As time went on, however, customer requests increased. So, we added all three gauges to the regular lineup. Initially, 28-gauge accounted for around 5 percent of our sales. Now those numbers are up to 10 percent and it’s growing every season.”

The 28 has a bore diameter of .550 inches. Pair that with the short shot column holding 3/4 to 7/8 ounces of shot and it creates a deadly pattern that’s an effective duck killer at modest ranges. Some folks have said that the 28 shoots a “square” load, that delivers shot in a shorter string than the 20- or 12-gauge. But tests have shown that not to be true. From my experiences shooting a 28, it simply patterns well enough to kill ducks cleanly. There is no magic to it.

Where the 28 has a disadvantage is in pellet size offerings. The largest shot available in 28-gauge is No. 4, although BOSS offers a 3/5 blend. A lighter object sheds velocity faster and loses energy quicker than a heavier one. Envision getting hit by a tennis ball versus a baseball at 20 yards. The baseball is heavier and denser, it’s going to hurt more.

Smaller shot translates into a shorter effective range. But inside 35 yards, I have noticed little difference between a 28- and 12-gauge as long as I’m shooting bismuth or tungsten. If you shoot steel from a 28, I will caution you to keep your shots inside 25 yards. I’ve tried several steel loads over the years and have had mixed results. Even after patterning the guns and seeing good results on paper at longer distances, that often did not translate into dead ducks afield. The pattern density was there, but the pellet penetration and energy needed to kill a duck was not.

Taking the 28 to the Pattern Board

The 28-gauge averaged 128 pellets inside a 30-inch circle at 35 yards; the 12-gauge averaged 188 pellets at the same distance. That translated into 85 percent and 88 percent respectively. Both are capable of killing waterfowl at that distance without any measurable difference.

“What a pleasure this gun is to shoot and hunt with,” said Ramsey Russel, who owns getducks.com and shoots a 28. “The ammo is light to pack, the recoil nonexistent, and the performance outstanding. I knew I would like it, but I didn’t know I would love it. I don’t feel under gunned at all. In fact, I wouldn’t be scared to use the 28 paired with a modified choke and good ammo on any duck that flies anywhere in the world.”

Shotgun choice is important when it comes to hunting success and fortunately there are both affordable and high-end auto-loaders that are reliable offered in 28-gauge. If you’re looking to make the switch to a 28, here are three good options:

Manufactured in Turkey, the SA-28 is offered in a blued 26-inch barrel (with vent rib) and receiver with a walnut stock and fore-end. It’s a 6.5-pound gun that’s gas operated and very reliable. I’ve never experienced a failure in the four years I’ve owned this gun, shooting target and duck loads through it. You’ll notice that the safety is not tang-mounted on this particular gun the way it is on most Mossberg autos and pumps. The SA lineup places the safety at the rear of the trigger group. There is also checkering on the pistol grip and fore-end for better handling.

Beretta released the A400 in 28-gauge, it’s first semi-auto in 28, back in 2015. The gun sports a distinctive bronze receiver and is available in both 28-inch and 26-inch barrel lengths. Gas-driven, it’s one of the softest shooting guns you will ever shoulder. It also cycles shotshells reliably thanks to the Blink system, which can be found in all of Beretta’s A400 models. It’s chambered for 2¾-inch shells, and also sports the Kick-Off system, which is a series of springs in the stock that tames recoils.

Developed for high-volume dove shooting, the Cordoba is duck hunter friendly thanks to the ComforTech stock, which includes a gel cheekpiece and recoil pad. It also has Benelli’s B.E.S.T. finish that’s applied to minimize abrasions and corrosion. It has a 3-inch chamber, a more recent 28-gauge development. You also get five screw-in chokes with this inertia-drive semi-auto. There is also a small window that runs the length of the fore-end so you can see how many shells are in the magazine.