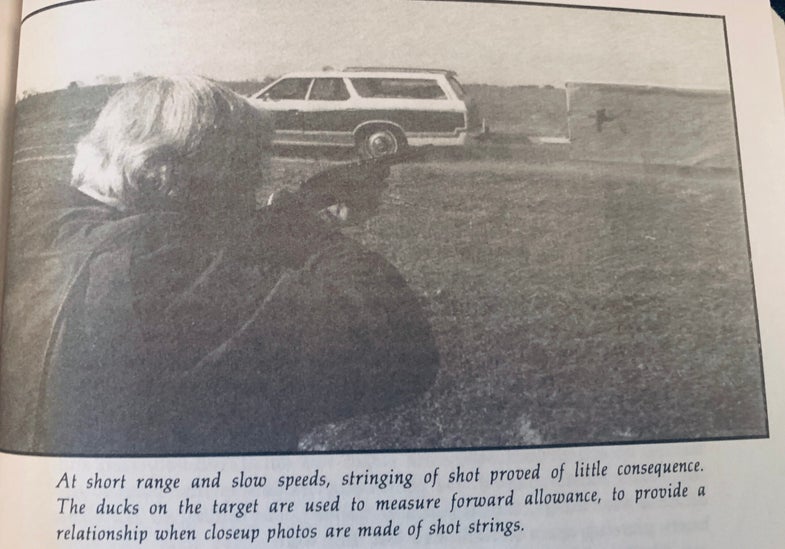 The late Bob Brister, who started writing for Field & Stream in 1965 and became shooting editor in 1972, had a serious obsession with learning all he could about the inner workings of shotguns and the patterns they deliver. He was infatuated with smoothbores—especially the 28-gauge—as I found out from reading his book, Shotgunning: The Art and the Science, and speaking with some of his contemporaries. Without Brister’s fanaticism for payloads and pattern work, none of us would know as much as we do about the shotgun.

Brister was an innovator. I’ve talked to several shooting experts over the years from assorted gun and shotshell companies. All of them were smart folks, who thought both analytically and mathematically about building shotguns and ammunition. I can report that Brister’s words, both in his book and from columns in Field & Stream, put him in the same expert category as many of today’s engineers and gunsmiths. And he could back it up too with his incredible ability to shoot a shotgun. He was also well-known for his quirky, yet thought-provoking testing methods.

Brister spent an unfathomable amount of time patterning guns in every gauge, trying to better understand what payloads did from the moment they left the muzzle to impact. To get a better picture of pattern results on moving targets, he built a wooden frame pattern board that was 20 to 30 feet long, constructed atop an open trailer, and backed by drywall or plywood. Brister stapled the strips of target paper to the board, hitched the trailer to the family station wagon, and had his wife, who must have been a very daring woman, drive it past his shooting position at a pre-determined distance and speed. As the pattern board crossed his line of sight, he would shoot it like a clay or duck.

There had been much written about shotgun patterns prior to Brister’s tests in the 1960s and ’70s. One of the foremost conclusions had been that the same load from the same gun produced a similar pattern (no shotshell patterns are identical) whether it was shot from a bench or swung on a clay target or gamebird. Brister proved that there was more room for human error when a shooter tried to lead a clay or bird. The gun does produce a similar shot string in both scenarios (shot doesn’t “sling” because your barrel is moving), but your point-of-aim will not be as precise when leading a target, and so the pattern percentages are often slightly worse in that circumstance.

The moving pattern board also allowed him to calculate lead because it revealed how payloads strung out at various distances and speeds. Shot strings do not impact targets all at once unless you’re shooting at very close range. You can tell this by looking at a pattern on paper. The pellets at the core of the pattern are hitting first, while the ones on the periphery are slightly slower (due to shot deformation or pellets simply not being as smooth as some of the other pellets). So, the wider the pattern, the more strung out the shot string.

Brister also wrote extensively about overboring. He beleived that it cut down on shot stringing and produced better downrange results. Brister found that a shotshell of the same length and payload typically patterns better out of the larger bore. For instance, a 2¾-inch 1-ounce  lead No. 8 is likely to produce a better pattern from a 12-gauge than a 20 if the same choke is used and the two guns are patterned at the same distance because the 12 has a wider bore diameter (.729) than the 20 (.615).

He proved his bore diameter theory by patterning the same payloads in multiple gauges. One example from his book: Brister shot a 1 5/8-ounce payload from a 10- and 12-gauge at 60 yards on a stationary pattern board and at his moving pattern board, traveling 40 mph. The 10 delivered a 74 percent pattern on a still target and 54 percent pattern on the moving target, far better than the 12 he noted. In talking with shotshell experts, and through my own pattern work, it is possible to get two different gauges to shoot similar patterns with identical shot charges. It’s just matter of finding the right choke and yardage for each gun. But in Brister’s era, many shooters were using shotguns with fixed chokes, so they did not have the same options we do today.

“Enlarging 12- or 20-gauge inside bore diameter by approximately .010 can work minor wonders, particularly in some doubles and over/unders of [European] origin that came across the sea with 12-gauge barrels measuring more in the direction of a 16-gauge, choked down like a rifle,” Brister wrote. “These guns share one advantage. They will cut down on the consumption of shotshells because anytime anyone pulls the trigger he will think twice before doing so again. They kick like mules.”

Most manufacturers use ballistic gel and data from computer software programs like Shotgun Insight to measure shotshell pattern density and penetration in the development of loads. But the gel is expensive, and most gun writers are broke, so we can’t afford to buy it for every shotshell test. Brister invented a cheaper way to measure penetration by cutting a square hole in a large stationary pattern board and building an extension behind it that held 26 individual pieces of cardboard 1-inch apart from each other. He would shoot into the box from different distances and record how many pieces of cardboard the pellets pierced through.

With the help of my stepfather and his brother, I built a similar version of Brister’s penetration box to test the best turkey loads of 2022. My box has 27 slats with a wider spacing of 1½ inches between each cardboard piece, and an 18- by 18-inch opening. I also place a fresh piece of ½-inch drywall at the front of the box before each shot to slow down the pellets, otherwise the payload blows right through.

To be clear, drywall and cardboard (as well as ballistic gel) penetration can’t be considered an accurate method for determining if a shotshell’s payload can kill wild birds. They reveal that one payload penetrates more or less than another through said medium and can give you a general idea of the load’s effectiveness. For instance, if TSS penetrates drywall at 40 yards, which it can, it’s a safe bet it will kill a turkey. But drywall and cardboard are both hard surfaces, so they can cause softer pellets, like lead and bismuth, to fracture upon impact. That could make it look like the payload is performing worse than it will on a gamebird.

Read Next: What Would Jack O’Connor Say About Long-Range Hunting and the 6.5 Creedmoor? His Work Already Tells Us

If you’re interested in shotshell lethality, Tom Roster’s necropsy chart will give you more accurate data. The chart was developed after years of shooting (and recording) more than 25,000 wild birds at all kinds of distances, checking them for pellet penetration, and X-raying the birds.

“That penetration box was a fine idea, but it doesn’t equate to the ballistics needed to kill a duck or goose,” a long-time shotshell expert said. “I have a lot of respect for Bob Brister though. He and Jim Carmichael [former Outdoor Life shooting editor] did the work and tested all this stuff before they wrote about it. That’s rare to see these days.”

The Legend of Bob Brister

Bob Brister might have been one of the most accurate shooters to ever pick up a shotgun. He certainly was one of the best live pigeon competitors of all time.

Live pigeon shooting is a sport with rules similar to skeet, except the bird is not a clay, but an actual pigeon. There are typically five stations to shoot from. The shooter steps to his mark and says “ready.” A trapper sitting in a small hut on the side of the field, which has a 50-yard radius and is surrounded by a low fence, responds “ready.” The next word from the shooter’s mouth, likely “pull,” releases the pigeon from one of the tubes dug into the ground in front of the shooter. Before the pigeon escapes the ring, the shooter must kill it to get the point. Most participants use an over/under or side-by-side shotgun. If the bird is dispatched with the first shot, the shooter still must clear the gun of the second shotshell for the point to count.

These events were by invitation only, and typically hosted by wealthy Texas landowners. Gambling ran rampant. Fortunes could be won and lost in a single afternoon. There was also prize money at stake for the shooters, and Brister, who was a fierce competitor, won a lot of it. One of Brister’s editors said that Brister called his home in Houston “the house that pigeons built.” Which translates into: “I’ve won so much money shooting pigeons, that I bought this home.”

He was also famous for long-range accuracy. After a pigeon shoot at the Houston Gun Club, a bird that had escaped the ring was circling high overhead. A bystander bet Brister he couldn’t kill it. After Brister dropped the pigeon from the sky, the man called it a fluke and doubled down on a second bird. Brister killed that one too. The pair of pigeons fell dead almost next to one another. The first measured 97 steps from his shooting position; the second, a few more.

Brister was so good because he was a natural talent, but also very analytical about his shooting. If he missed a clay, Brister didn’t take the shot again until he could figure out why. In the foreword of Brister’s book, Grant Ilseng, a hall-of-fame shooter and founder of the Houston Gun Club, regaled a tale of his first encounter with Brister, who had just become the outdoor editor at the Chronicle. Ilseng invited him to the Oleander Skeet Championships in Galveston. Brister, who had never shot skeet before, showed up late, missed his first shot, and ran the next 49 clean to win the trophy.

“What Brister could have done in clay-target shooting, if he’d ever gotten really serious about it, nobody knows,” Ilseng wrote. “But his heart was in hunting, and also about that time live-pigeon shooting got started along the Mexican border and with his field shooting experience, he was a natural.”