Last winter, quail populations were up across the South and West. What finally went right for Gentleman Bob? And can it be repeated? 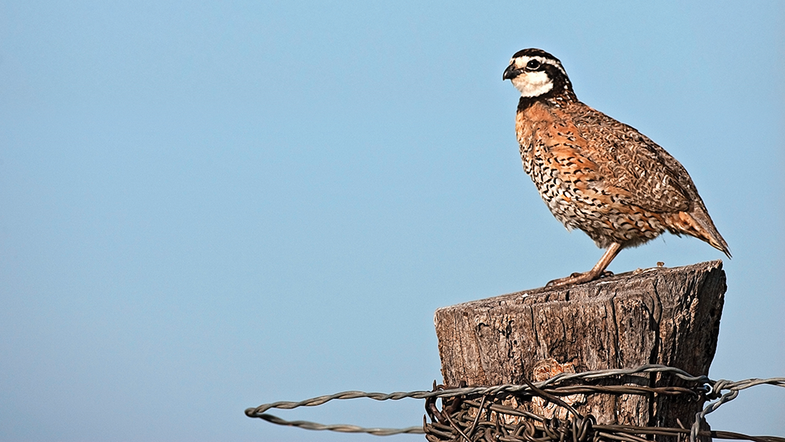 In a pasture near Roy, Tex., last January, I flushed a plague of quail. According to biologist Dale Rollins, bobwhite numbers hadn’t just doubled over the previous year; they’d increased fivefold. Scaled quail numbers were up eight times.

It was a classic irruption year.

Mearns quail exploded like that in southern Arizona two years ago. After years of low numbers, they were suddenly everywhere. I’ve seen Gambel’s quail do that in the Sonoran desert. Absent one year; like locusts the next.

In the 1960s, Idaho was covered up with mountain quail. Today, a remnant population barely hangs on, but introduced valley quail are doing okay.

Down in Missouri, Illinois, Mississippi, and surrounding states—once bobwhite strongholds—the quail seem almost to be missing in action.

Habitat, and the way that habitat responds to weather conditions—both good and bad—is driving these trends.

Biologists have been harping on the fundamental importance of habitat for so long—while quail populations mainly move in one direction: down—that it’s getting hard to believe, especially with the huge uptick in hawks, raccoons, feral house cats, fire ants, and other predators. And what about diseases and parasites, like eye worms? These things all play a role, but, as the latest Texas irruption indicates, habitat (and habitat’s response to weather conditions) remains the crux of the situation.

Predators didn’t disappear from Texas last year. Neither did parasites or diseases. But, after years of drought, it rained. A lot. Ground that had been stripped to bare dirt sprouted vegetation in which quail could hide and thrive. Hens had plenty to eat, so they double clutched. A hen would lay 12 eggs, leave them for the male to incubate, then lay another 12 and hatch those herself. Bingo. A 12-fold increase.

Okay, rain made a difference. But it rains in the Southeast states a lot. Why no quail irruptions there? Because the base habitat has changed. The tangled brush and annual weeds common around small farm fields 50 years ago have been replaced by monoculture fields that stand naked after harvest. Pastures now grow invasive fescue grass that quail can’t walk through. Spreading suburbia buries quail habitat under concrete, acres of bluegrass, highways, malls, golf courses, and dams. Ragged woodlots have matured into forests. Any quail tough enough to survive in such places faces a second wave of threat: the house cats, ’coons, ’possums, skunks, and hawks that thrive there.

Quail can quintuple their numbers in a great weather year, but they must have a good habitat base from which to do so. Five times zero is still zero.

Given the spikes and valleys of quail populations, here are places where you can expect generally good bird hunting from year to year.

• Bobwhites Kansas, Oklahoma, and Texas. Kansas has the best public access options, and adult carryover should be excellent.

• Gambel’s quail Arizona is usually the best for public areas. Winter rains are critical for nesting success, so any parts of Southwestern deserts that got heavy rains this winter could boom.