The northeast’s mild winter might pay off for northern New England’s deer hunters this coming season. 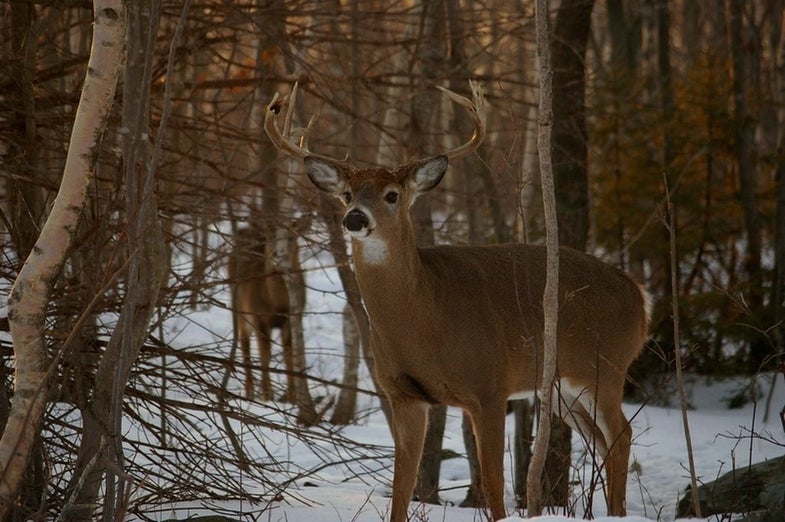 A mild winter in northern New England has contributed to a thriving deer population, making for a promising 2016 season. N. Green via Flickr
SHARE

The Northeast’s mild winter might pay off for northern New England’s deer hunters this coming season.

Maine, Vermont, and New Hampshire all have plans to increase the number of hunting permits issued for the coming season, the AP reports. More deer than average survived the light winter, and wildlife regulators across the three states are upping permits to help keep the population at a healthy number.

Maine’s proposed deer permits are up 60 percent this year over last year, according to Maine’s Department of Fisheries and Wildlife, raising the any-deer permit number to more than 45,000.