Don't simply wait for doves to give you a fly-by. This season, call them into range. 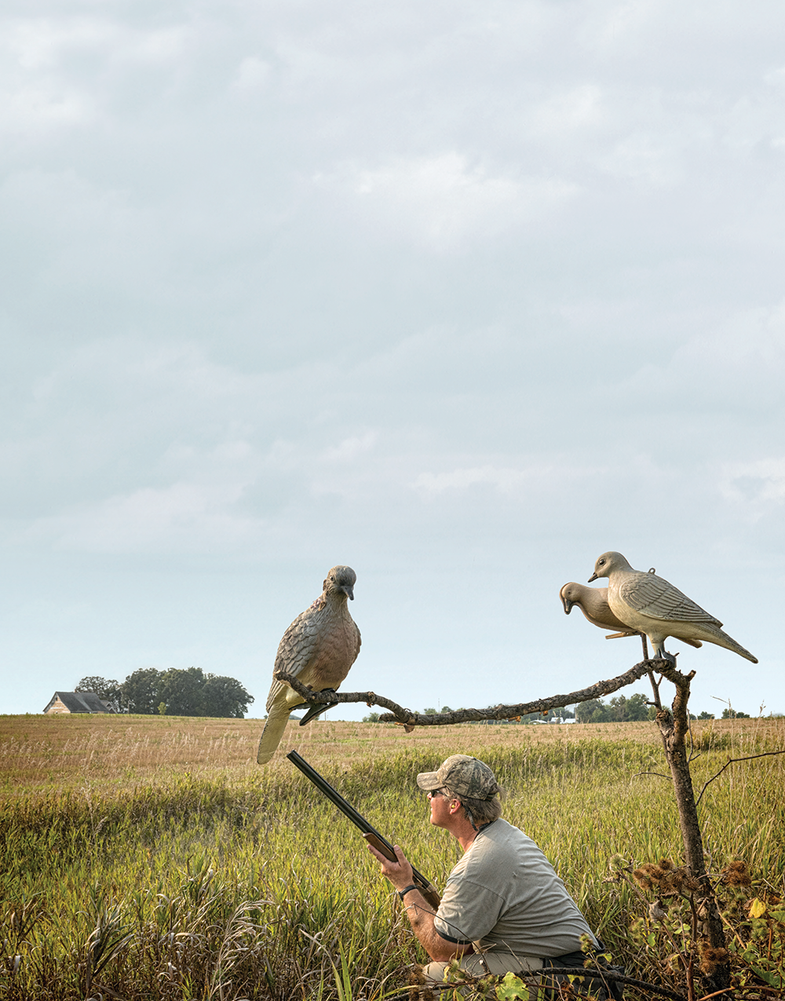 Doves are gregarious birds that enjoy joining their colleagues whenever they see them congregated on a power line, in a field, or near a water hole. To them, other doves represent safety and sustenance.

On opening day, when doves are numerous and seemingly flying around everywhere, calling might seem unnecessary. Indeed, it’s probably not needed in the early season. However, as the season progresses and doves become more wary, calling can help lure them those final few yards into shotgun range.

Calling is most effective when used in conjunction with decoys. These grab the attention of passing birds; calling provides that extra bit of realism that seals the deal. It is especially useful in pulling birds in a direction they weren’t intending to fly.

If you’re sitting in a harvested grain field in the morning or near a stock tank in the late afternoon—places doves are already drawn to—calling becomes less essential to success than if you’re sitting beneath a flyway trying to divert doves winging by on their way somewhere else.

Mourning doves make a soulful six-note call: woo-he-woo, woo, woo, woo. The he note is higher than the others, and the first three notes are made very close together, with a slight trilling of the second note into the third: woo-hewoo. The final three notes are more drawn out. Slowly count one, two, three as you blow woo, woo, woo. Here are three dove calls that will help you make these sounds.

To imitate dove sounds with this flute-style call, simply blow through the whistle end. The first note of the sequence is made by covering the hole located at the base of the barrel with your finger. The second, higher note is made by lifting the finger to uncover the hole. The hole is then covered again to make the final four notes of the series. The D-90 is easy to operate, and the tones it produces are very realistic. ($15; haydels.com)

The most compact call of the trio, the Primos is also the loudest, making it a good choice on windy days. It, too, has a whistle-style mouthpiece, but the barrel is exceptionally short. Cover the accent hole with a finger for the first note, uncover it for the higher second note, and then cover it again for the final notes of the series. The M-362’s high-pitched sound reaches out and grabs the attention of passing doves. ($10; primos.com)

This dove call is outwardly similar to a traditional duck call, with a mouthpiece that’s blown more like a duck call than a whistle. The tonal hole in the long wooden barrel is more sensitive to pressure than those on the other calls. It requires a light touch, but you still need to maintain full coverage for all but that second note. The D-8’s wood-and-cork construction produces a mellower sound than that of its plastic counterparts. ($15; faulkcalls.com)