These Duck Calling Tips Will Help You Bag More Birds 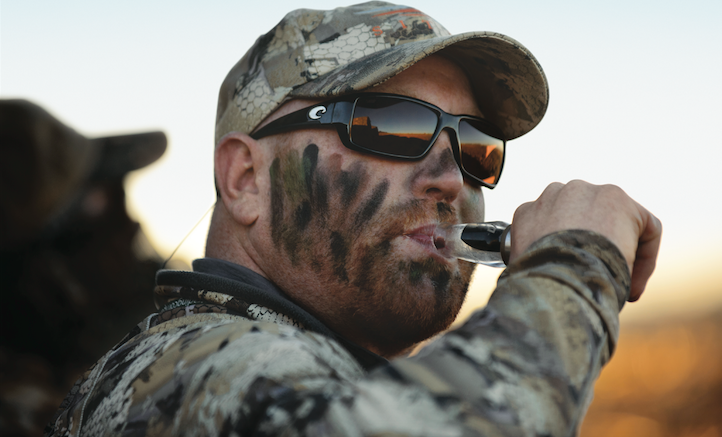 As I was sitting behind a ­bivouac-​style duck blind on the edge of a red maple swamp, my bored retriever and deathly quiet skies made me wonder what I was doing wrong. Many hunters can relate. For some, duck hunting is a fickle endeavor. Sometimes ducks are drawn to you like the proverbial moth to a flame, while other times your duck calling efforts fall on deaf ears.

If you’re just an average caller and want to take your coaxes and cajoles to the next level, here are five duck calling tips to help you pull more flocks within range.

Use Species-Specific Calls: The average duck hunter uses two or three mallard calls to get the job done, but not all ducks sound like mallards. Manufacturers offer teal calls, wood duck calls, and even pintail whistles, which all allow you to tailor your calling to different species. Get your hands on these calls and practice creating realistic vocalizations of a variety of birds.

Contest vs. Field Calling: While most duck-calling-contest participants are also good duck hunters, not everything you hear on the stage translates to the swamp.

“The stuff that doesn’t help you in a hunting routine is being too loud and powerful,” says Frank Bacon, a 40-plus-year duck hunter and territory sales manager for Avery Outdoors. “If you have a heavy wind, you can get more aggressive, but putting too much into your calling will scare ducks off.”

Bacon recommends matching your call volume to the hunting environment. Call more aggressively when you’re hunting near large, open water or next to a refuge; call softer along a river or in flooded timber. Remember that ducks on public land have heard it all, so muffled chuckles and quacks often work better than loud vocalizations.

Don’t Be a Laughing Duck: Novices often make the mistake of blowing forcefully into a call. “Some hunters sound more like a duck laughing than a duck quacking,” says Chris Hillman, winner of the 2014 Michigan State Duck Calling Championship. “Don’t blow into the call—grunt into it. Take a breath of air, swallow it like you would food, and then exhale an aaahh sound, with a little blow at the end.”

Call to the Right Ducks: Forget high-­flying skeins intent on getting somewhere. Focus instead on birds in smaller, slow-moving flocks. They’re often looking around for companionship or food, so they’re more susceptible to calling.

“If ducks are coming in, quit calling,” says Seth Dortch, chair of the University of Tennessee at Martin chapter of Ducks Unlimited. “It’s okay to hit them with a couple of short quacks or feed chatters as they get close, but don’t call aggressively.”

Get Your Hands Involved: Bring faraway birds in closer by pointing your call in their direction and opening your hand over the barrel to produce better volume. Conversely, draw nearby ducks by pointing your call toward the water and repeatedly opening and closing your hand over the barrel to produce different inflections. However, ducks have phenomenal eyesight and a literal bird’s-eye view of what’s below, so camouflage any exposed skin that can make you stick out like a sore thumb.