If you're a speed freak when it comes to your bow and arrows, you might just have it all wrong. 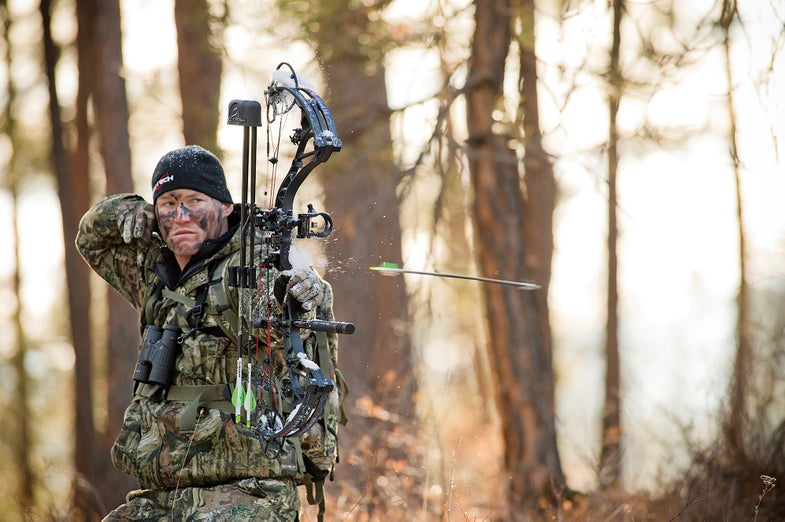 I am not a math major. Nor have I played one on TV. That said, numbers do matter to me, particularly now that bow season is here.

I’ve never fully understood the arrow speed craze. To me, it’s sort of like a lifted truck. It’s all about flash and sizzle, but little about practicality in the field.

I’m a bowhunter. I’m going to assume that you are as well. What’s our goal? Our objective? To kill things. An arrow kills critters by delivering a broadhead into vital organs. Death is the result of hemorrhage as the blades of the broadhead cut and cause bleeding. The objective is not to tell our buddies that our bow is faster than theirs. The goal is not to shoot through a chronograph and take a selfie with the number. The true goal is momentum.

Arrow speed absolutely has an impact on that goal, but it is simply one factor. This is where the math comes in. Thankfully, the internet has made math little more than a nuisance, and there are some terrific online tools available to make things easy. One of these is archerycalculator.com. But first, a quick physics lesson.

Momentum is the quantity of motion of a moving body, measured as a product of its mass and velocity. We find momentum by using the formula of mass multiplied by velocity. (In the case of arrows, we then divide by 225,400. Why? I have no idea. But that’s how it’s done.)

Kinetic energy (often referred to as KE) is the energy that an object possesses by virtue of being in motion. We find that by taking one half the arrow’s mass times velocity squared. To simplify, think of it this way: KE is the energy an arrow stores while in flight. Momentum is the ability to maintain energy upon meeting resistance. A sports car traveling 120 miles an hour has plenty of KE but minimal momentum in relation to a semi traveling 90 miles an hour that may have less KE but a whole lot more more momentum.

When each vehicle hits a barrier, which is going to take longer to stop? High kinetic energy is a good thing because it means your arrow has plenty of energy. But without sufficient momentum, that energy quickly erodes upon meeting resistance—the rib cage of a deer, for example. You can vastly increase kinetic energy by increasing arrow speed. But if you’re increasing arrow speed by reducing arrow weight, well, you might not be doing as much good as you think. This is especially critical when dealing with light-poundage bows.

The unofficial rule regarding minimum KE to push an arrow through a deer is about 40 foot-pounds. Lower-poundage bows are slower than higher-poundage models. So, let’s say the bow is pushing a 350-grain arrow at 265 feet per second. That setup is delivering roughly 54 foot-pounds of KE and .411 slugs of momentum.

But you want more speed. So you shave the arrow weight to 310 and the speed jumps to 272. The result? KE drops to about 52 and momentum falls to .378. But you pull 70 pounds and your bow is the fastest on the planet. None of this has any bearing on you, right? Wrong. A fast bow isn’t a bad thing. The key is to use that speed to deliver an arrow with the best combination of KE and momentum.

Where I hunt, a long shot is about 40 yards. Thus, I’m not terribly worried about wind drift or arrow drop past 50 yards. So I’m going to use a heavy arrow that delivers maximum momentum without going too far overboard. With the online calculators and the array of options for arrow shafts and broadheads, tweaking arrow weight is a pretty simple deal. If you hunt areas where shots longer than 40 yards are the norm and you can see real benefit from increased arrow speed, it may make sense to sacrifice a bit of momentum, so long as you keep in mind that the farther an arrow travels, the less energy it retains. You may hit that elk at 70 yards, but will your arrow retain enough momentum to do its job?

Speed kills? Perhaps. But momentum does it better.